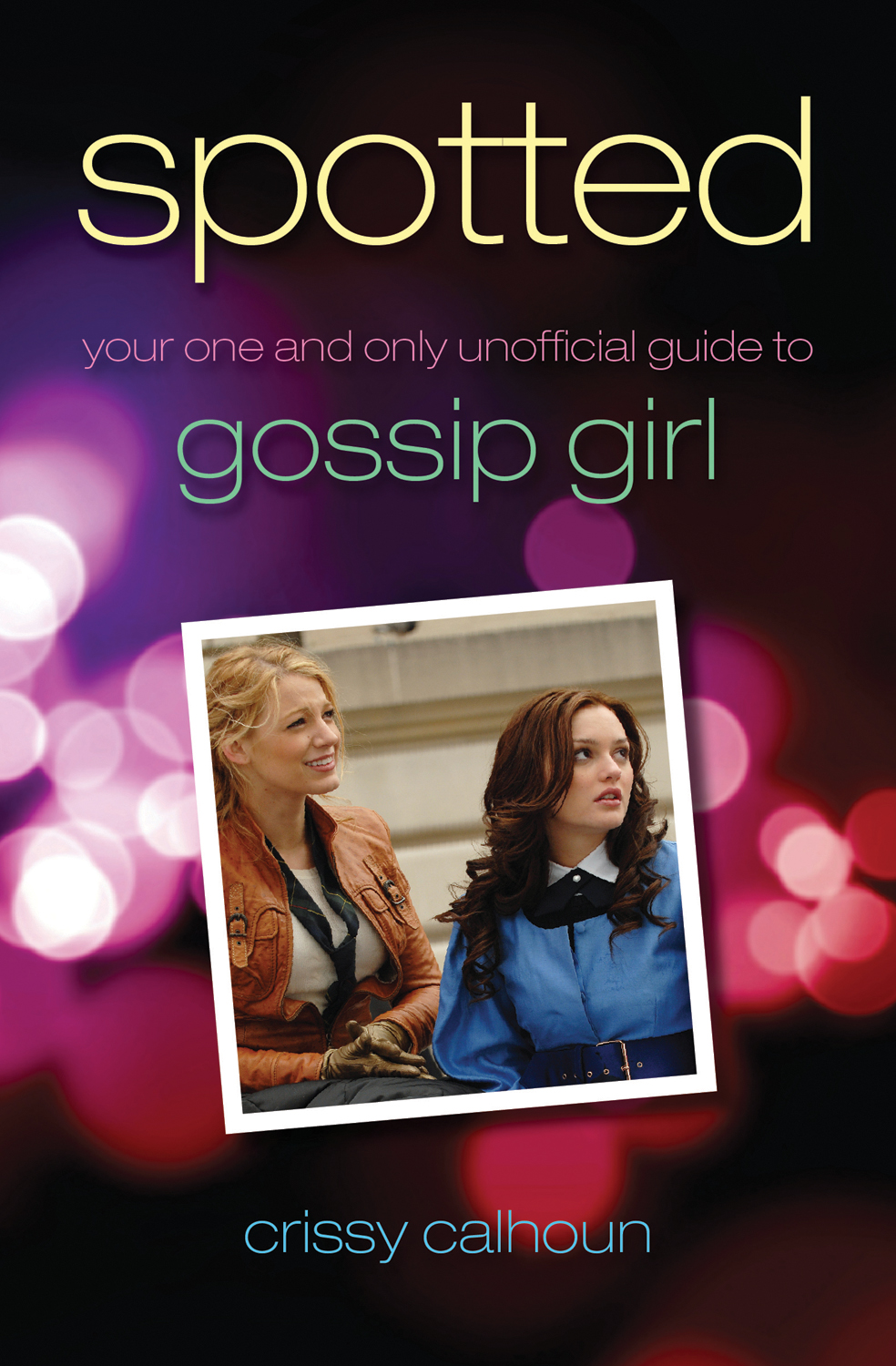 Your One and Only Unofficial Guide to Gossip Girl

Best friends, boyfriends, high school and haute couture — Gossip Girl has gone from a guilty pleasure to becoming the show everyone is talking about, from Rolling Stone to Vanity Fair, from gossip columnists to President Obama. From its not-so-humble beginnings as a bestselling book series set in the posh Upper East Side private schools of New York City, this show the Boston Herald deemed “every parent’s nightmare” has catapulted into the pop culture stratosphere. In the first two seasons Gossip Girl has proved itself a popular and critical darling, influencing the culture it critiques and setting trends while providing biting social commentary on this generation of entitled, tech-savvy youth.

In Spotted: Your One and Only Unofficial Guide to Gossip Girl, you’ll find:

Second only to a Blair Waldorf–inspired hair band, Spotted is the must-have accessory for any fan who says, “Not enough!” when the end credits roll.

Crissy Calhoun is an editor and blogger. She lives on the lower east side of Toronto, the New York City of Canada. Calhoun blogs regularly at calhountribune.blogspot.com. This is her first book.