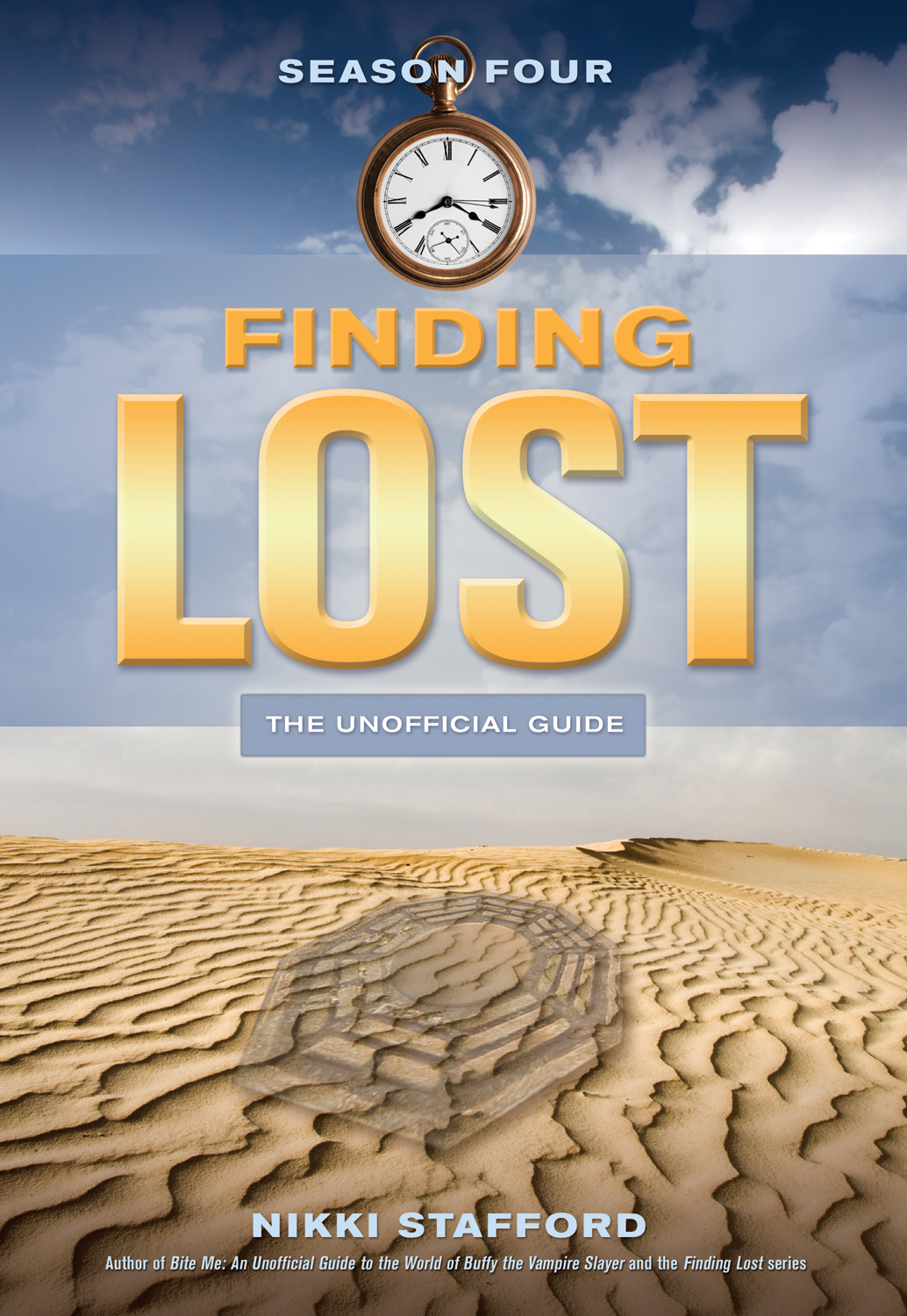 “The Finding Lost series is quite simply the best Lost resource for fans. Not only is the information concise and complete, Nikki Stafford’s commentary is insightful, relevant, and entertaining. No matter how well you know the show, Stafford’s analysis of the themes and symbolism of Lost will renew your desire to go back and watch over, and over again.” — Jon “DocArtz” Lachonis, BuddyTV.com Lost, the Golden Globe and Emmy Award-winning hit television show, has become renowned for its complexity week after week, enticing both cult and mainstream fans to figure out the keys to some of the mysteries. There are several Lost books on the market, but Stafford’s Finding Lost series is recognized by fans as the only book to cover each episode in-depth, as well as provide chapters on books referenced on the show, historical figures, religious iconography, and other background materials that put her readers far ahead of other viewers. Now, in Finding Lost — Season Four: The Unofficial Guide, Stafford continues to delve into the mysteries of this show. Season 1 was about trying to get rescued; season 2 was about adapting to the island; season 3 about the tension between the Lostaways and the Others. Season 4 is the turning point in the series, pointing fans to the future through flashforwards, rather than to the past. The Season Four guide will contain analyses on the Oceanic Six, how the time travel theories play into the greater mysteries on the show, how different characters are starting to come together, and point the way to how this series could possibly end. It will include chapters on the books alluded to this season (The Tempest, Slaughterhouse Five, Valis) and give background into new philosophical and scientific references. With exclusive photos of the show’s filming locations in Hawaii, as well as ones taken on the set, this book helps both casual and diehard fans “find” Lost.