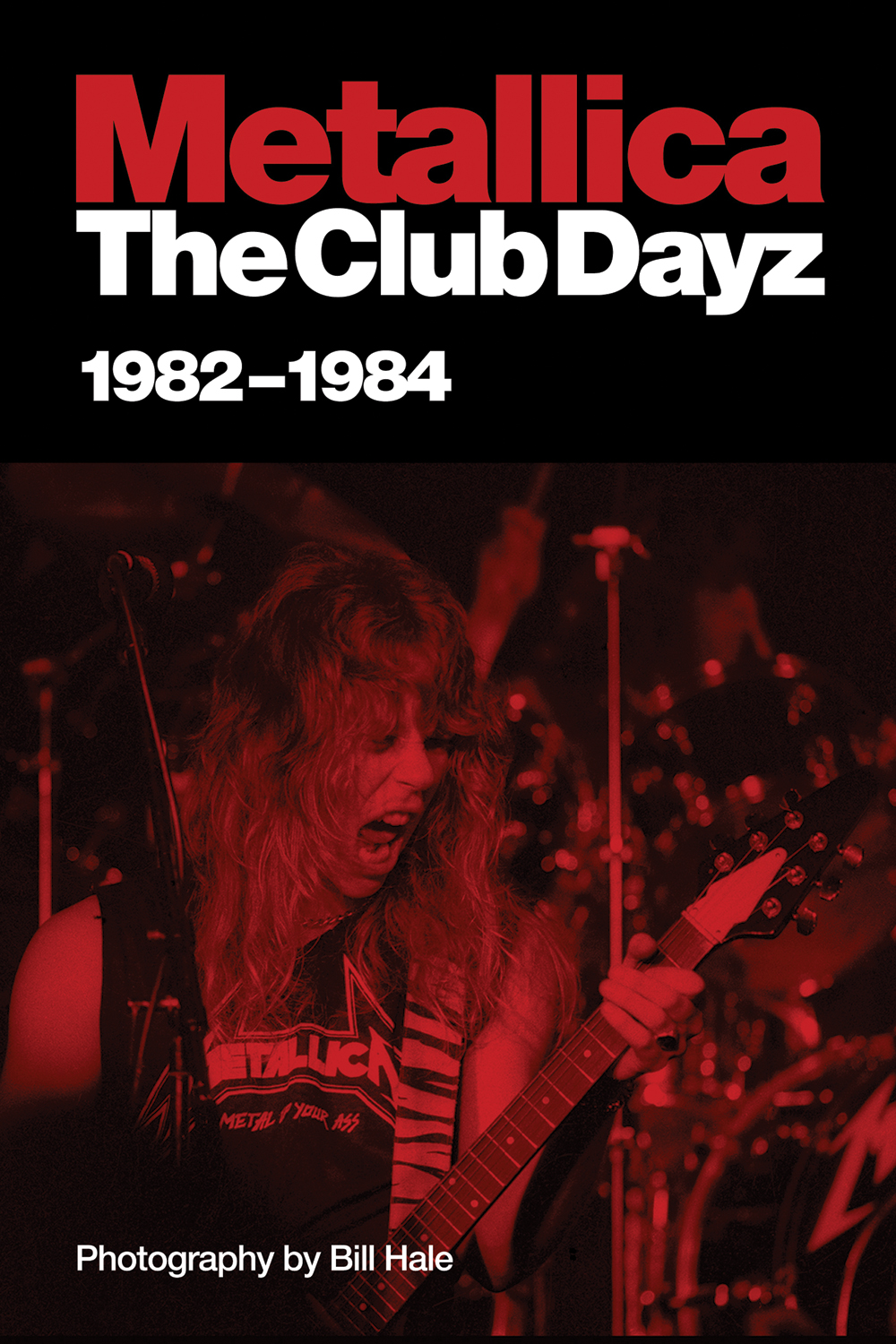 Metallica: The Club Dayz is a collection of photographs of the now legendary rock band Metallica, between 1982 and 1984.This book contains rare and exclusive photographs from six of the band’s earliest performances including their first shows in San Francisco at The Stone and The Old Waldorf which featured the original lineup with Dave Mustaine (guitar) and Ron McGovney (bass), Cliff Burton's introductory gig with the band at The Stone, the last Metallica show with Dave Mustaine, and Kirk Hammett’s Metallica debut.As chief photographer of Metal Rendezvous International, a groundbreaking heavy rock magazine that was published throughout the ’80s, Bill Hale was given unlimited access to hang out with and photograph this then-fledgling metal band. His job at the time was to capture the band onstage and offstage and provide the magazine with unique photographs of Metallica, from the band showcasing their brazen live energy in concert, to unveiling some of their crazy and unpredictable backstage antics.Bill Hale was right there from the very beginning, capturing the band before, during and after their performances. He was at every one of their early Bay Area shows, without the safety of a photo pit, crushed among the savage crowd as they head-banged fearlessly to the music of their local heroes. Here, for the first time Bill Hale opens up his photo vault. Witness one of the greatest rock bands of all time during their embryonic stage.Influenced musically by the new breed of British metal yet epitomizing the punk rock attitude, Metallica’s loud, snotty and don’t five a fuck attitude is very evident in these photographs. Most of the photos in this book have never been published and many of the images have never before been revealed to the public. Metallica: The Club Dayz is a long lost chapter of this band’s visual history.

Bill Hale has been taking pictures of rock bands since his first rock concert back in 1979. He is the former chief photographer of Metal Rendezvous International, taking photos of Deep Purple, Iron Maiden, Aerosmith, White Snake, and Black Sabbath. Hale lives in Honolulu, Hawaii.