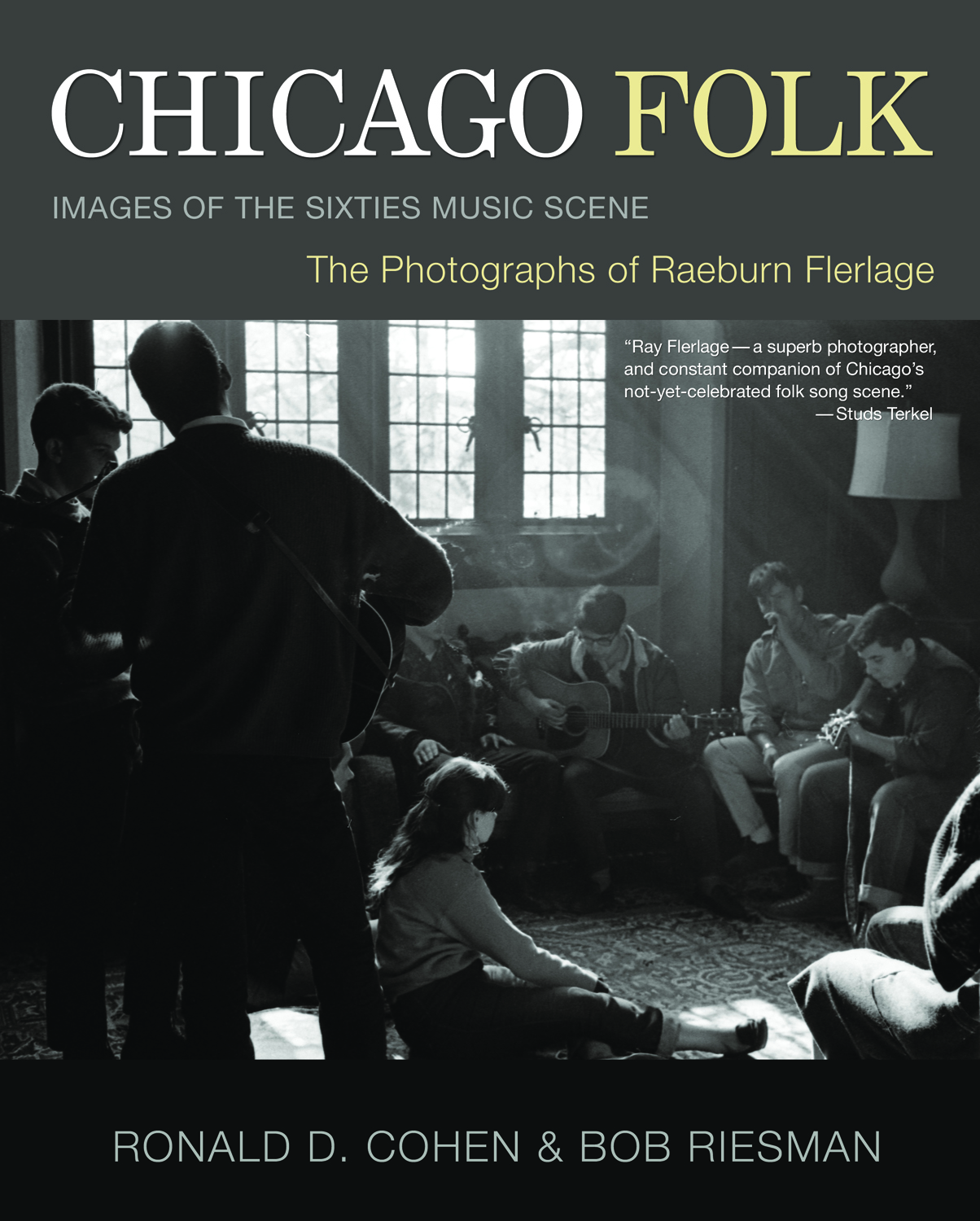 Images of the Sixties Music Scene

Chicago Folk includes over 150 of Raeburn Flerlages’s photographs of folk musicians during the 1960s. No other book has presented a portrait of such a vibrant urban folk milieu, featuring popular performers such as Bob Dylan, Joan Baez, Pete Seeger, the Weavers, and so many others, but also a large number of traditional musicians, old and new, such as the New Lost City Ramblers, the Reverend Gary Davis, Booker White, Son House, Dock Boggs, the Stanley Brothers, Bill Monroe and the Blue Grass Boys, Mother Maybelle Carter, and many other blues, bluegrass, old-time, Cajun, and gospel performers who appeared in Chicago and at the University of Chicago Folk Festival. These images capture the broad scope of folk musicians who were part and parcel of the 1960s folk music revival in Chicago and throughout the country. Raeburn Flerlage was well known as Chicago’s foremost blues photographer. The concert performances, studio sessions, interviews and club shows he shot through the 1960s and early ‘70s captured some of America’s greatest blues artists at the pinnacle of their careers. While these images are now famous, the rest of his thousands of images are virtually unknown, and Chicago Folk brings these photos to light. Chicago Folk is a follow-up to Chicago Blues (ECW Press, 2000), the first published collection of Flerlage’s photographs.

Raeburn Flerlage began taking photographs in 1959 and is the most recognized and acclaimed chronicler of the Chicago Blues scene. His photos have appeared in numerous blues magazines; books, such as Urban Blues, Who’ s Who in the Blues, Blues Legends, and Portraits of the Blues; and on record covers for labels like Chess, Delmark, Folkways, Prestige, and RCA. He died in 2002. Ronald D. Cohen is Professor of History emeritus, Indiana University Northwest, Gary, Indiana, and the author of A History of Folk Music Festivals in the United States (2008) and Folk Music: The Basics (2006). Bob Riesman is completing I Feel So Good: The Life and Times of Big Bill Broonzy (University of Chicago Press, 2010). He co-produced and co-wrote the 2006 documentary, American Roots Music: Chicago.