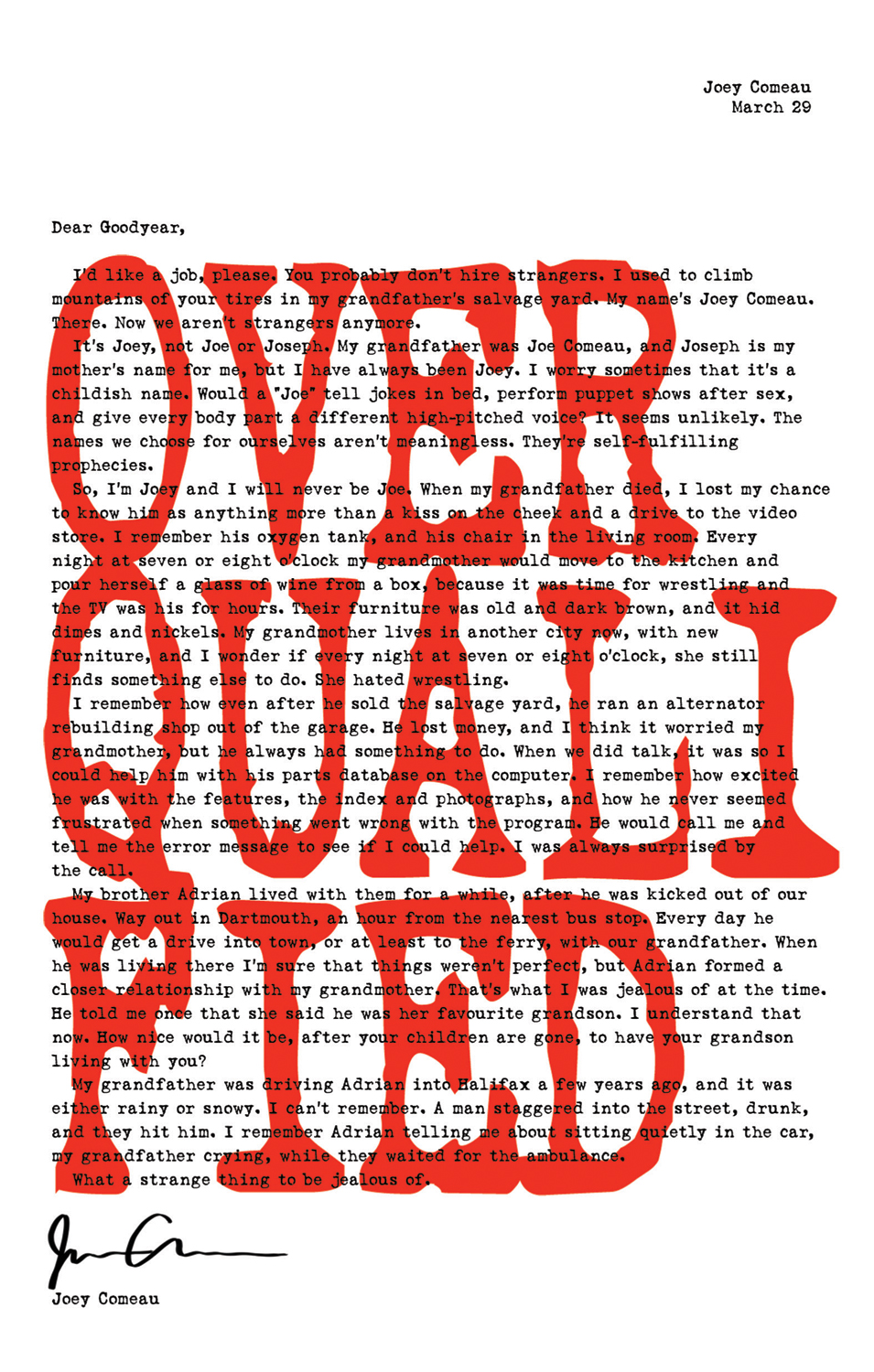 “Overqualified's cover letters are like a slap in the face, but the slap is hilarious, and you can't stop laughing, and as soon as it’s over you want to tell all your friends about the slap. You know the kind?” — Ryan North, Dinosaur Comics “Joey Comeau’s Overqualified is Judy Blume’s Are You There, God? It’s Me, Margaret as chewed up and spit out by J. G. Ballard.…A book whose melancholy is leavened by a surprising hilarity.” — Paul Di Filippo author of The Steampunk Trilogy and Cosmocopia Cover letters are all the same. They’re useless. You write the same lies over and over again, listing the store-bought parts of yourself that you respect the least. God knows how they tell anyone apart, but this is how it's done. And then one day a car comes out of nowhere, and suddenly everything changes and you don’t know if he’ll ever wake up. You get out of bed in the morning, and when you sit down to write another paint-by-numbers cover letter, something entirely different comes out. You start threatening instead of begging. You tell impolite jokes. You talk about your childhood and your sexual fantasies. You sign your real name and you put yourself honestly into letter after letter and there is no way you are ever going to get this job. Not with a letter like this. And you send it anyway.

Joey Comeau writes the comic A Softer World, which has appeared recently in The Guardian and been profiled in Rolling Stone, and which Publisher’s Weekly called, “subtle and dramatic.” His self-published first novel, Lockpick Pornography, sold out its print run of 1000 books in just three months. In 2007 he published It’s Too Late to Say I'm Sorry, a collection of short stories. The A Softer World website (asofterworld.com) has been online since 2003 and has an average daily readership of 70,000 people worldwide.