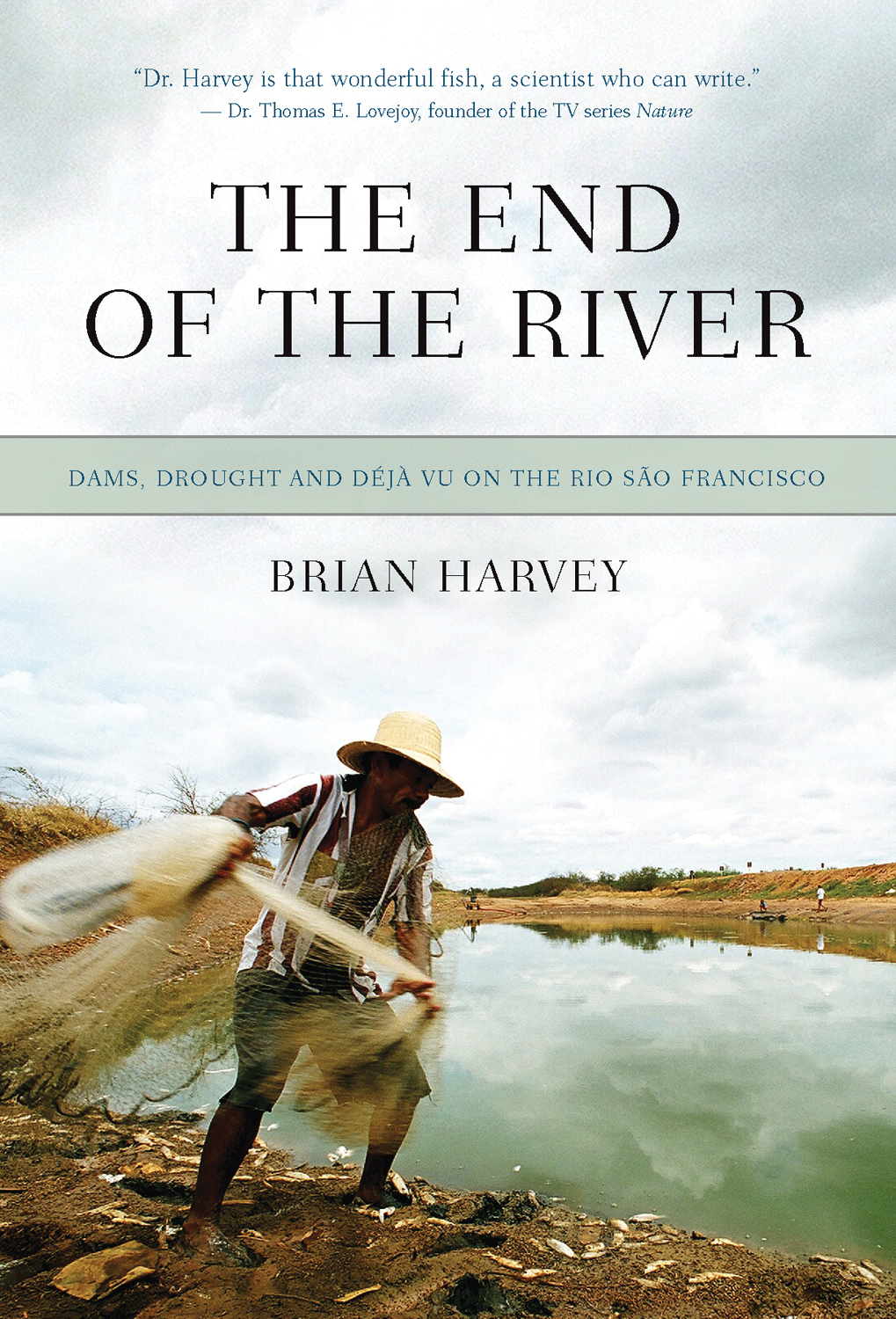 The End of the River

Dams, Drought and Déjà Vu on the Rio São Francisco

When biologist Brian Harvey saw a thousand fish blundering into a Brazilian dam, he asked the obvious: What's going to happen to them? The End of the River is the story of his long search for an answer.The End of the River is about people and rivers and the misuse of science. Harvey takes readers from a fisheries patrol boat on the Fraser River to the great Tsukiji fish market in Japan, with stops in the Philippines, Thailand and assorted South American countries. Finally, in the arid outback of northeast Brazil, against a backdrop of a multi-billion dollar river project nobody seems to want, he finds a small-scale answer to his simple question.The End of the River is a journey with many companions. Some are literary, some are imaginary. But mostly they’re real characters, human and otherwise: a six-foot endangered catfish, a Canadian professor with a weakness for Thai bar girls, a chain-smoking Brazilian Brunnhilde with a passion for her river, a drug-addled stick-up artist. The End of the River is about fishermen and fish farmers and even fish cops; there are scientists and shysters as well as a few Colombian narcotraficos and some very drunk, very hairy Brazilian men in thongs.Funny and sad, The End of the River is a new kind of writing about the environment, as far off the beaten track as you can get in a Land Rover driven by a female Colombian biologist whose favourite expression is “Oops — no road!”“A wonderful and engaging read with a samba beat, on the plight of the planet’s living waters. The End of the River is the book Nemo would write if he could. A great way to open peoples’ eyes.” — Thomas E. Lovejoy, President, Heinz Center for Science, Economics and the Environment

Brian Harvey has extensive global experience in fisheries management and conservation, and is an international policy and practice expert in aquatic biodiversity. He is the founder of World Fisheries Trust and served as President and Executive Director from 1995 to 2005. A frequent speaker, he has produced several projects to raise public awareness, including Up the Creek, a successful salmon board game. Brian continues to work in fisheries as a consultant through Fugu Fisheries Ltd., and otherwise is dedicating his time to writing. He lives in Victoria, BC.