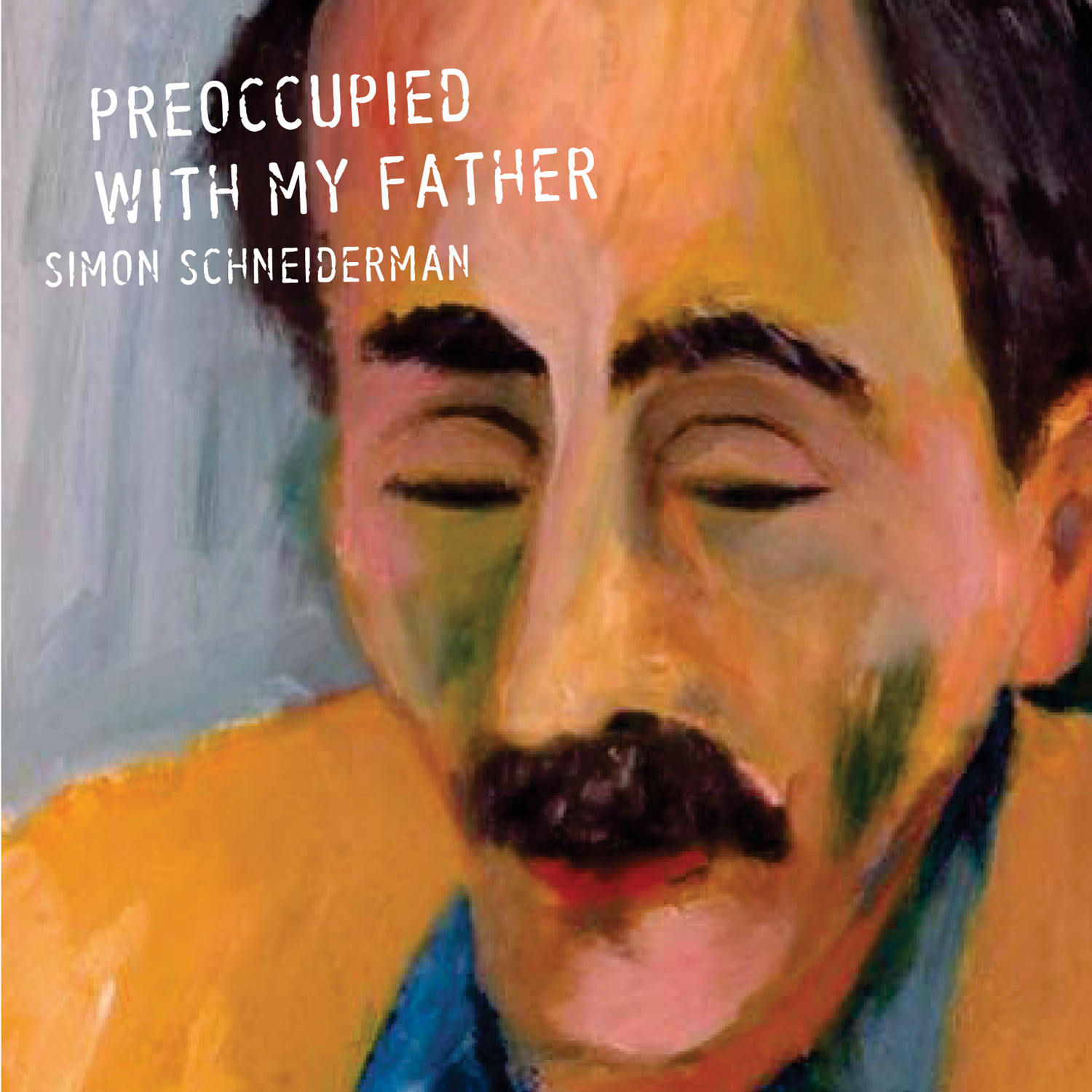 Preoccupied with My Father

In Preoccupied with My Father, Simon Schneiderman has created a graphic memoir about his late father, Yoel. With paintings and poetry, the book depicts his father’s life, changed forever by the Holocaust. A life, where, ultimately, Yoel Schneiderman’s “. . . balance was always precarious; living in this world haunted by the last.” These twenty-six expressionistic images intimately portray the arc of his father’s transition from his athletic youth in Warsaw to a lonely vibrant presence in a community of the aged, when he was possessed of a mind too lucid and a body too infirm. The text of the book, beautifully designed by Paul Hodgson, has been written in language that has the simplicity and resonance of a journal.Simon Schneiderman grew up with a father beset by panic from the kind of thing that the rest of the world would see as innocuous and perhaps even comical. The trigger for his panic might be a bottle of ketchup in the wrong place in the fridge. If things were not the way Yoel Schneiderman expected them to be, the world became overwhelming to him and made him helpless and hopelessly destructive.And yet as afraid as he was of the unexpected, Yoel Schneiderman was hopelessly in love with learning the unknown. He was never without a book in his hand or a newspaper in his pocket. Even as he lay in the hospital, wasted and weeks from death, Yoel Schneiderman said to Simon, “Never stop learning.”Simon and his father were at odds for many years. But towards the end of his life Yoel Schneiderman lost the energy to resist affection and to resist being cared for. He allowed himself to be softer and to be loved.

Simon Schneiderman is a lawyer who taught himself how to draw and paint. He had for many years used words to make a living first in advertising and television and, then, as a litigator. In his thirties, he developed a writer’s block so pronounced he would fall asleep when his pen touched paper. He had to learn how to draw, to paint, to evade the wave that crashed over his ability to write. Through trial, error, and perseverance, he discovered that painting was a language that could be learned no differently than any other. Twenty years later, everything he learned was applied to this book.