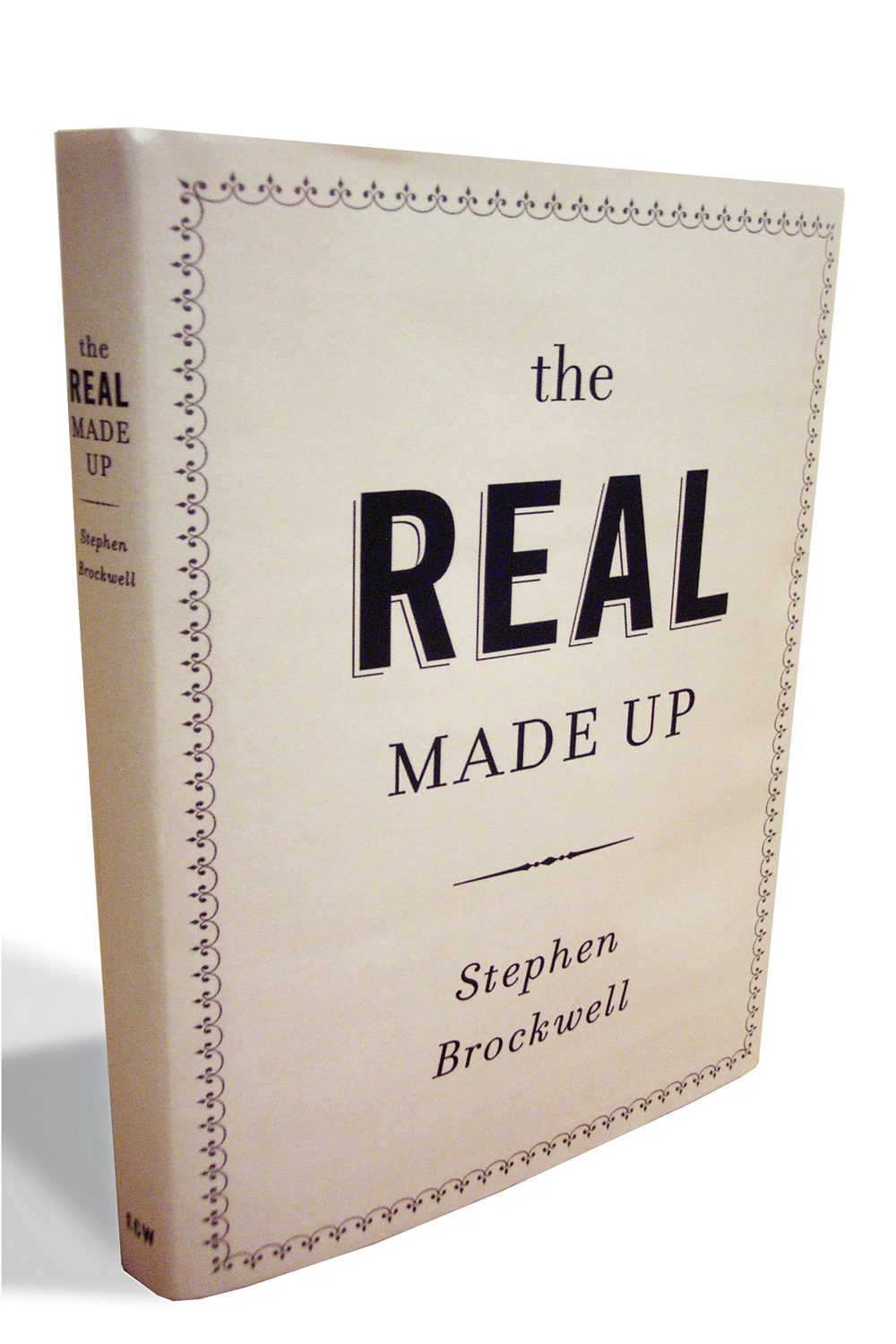 From the moment we learn to speak we are always using other people’s words. the real made up improvises on this simple idea of imitation; mimicry becomes a kind of cadence for an interweaving of transcribed speech, ironic song, jarring randomization, post-colonial irony, and blatant theft. An incessant imitative dialogue shapes our neural and cultural networks; imitation is a source of power for any subculture, and the primary means of a colonizing process that should be seen as violent. But imitation is not a simple act of copying; at its best, imitation is accompanied by play, performance, and re-enactment. Imitation is a crucial human faculty — a talent at the heart of social being. The primal emotions of love, hate, desire, and anger find their expression in speech and action that are by nature imitative. the real made up is itself made up of real and imaginary interviews with people off the street, of poems by others and poems from others (including much imitated members of the Can Lit canon like Al Purdy, Irving Layton and Erin Mouré). Every poem in the real made up is an attempt to revel in or escape from — an impossible task — the imitative traces of everyone else.

Stephen Brockwell spent the first half of his life in Montreal, and the second half in Ottawa. Where he will spend the third half is uncertain. His poetry collections include The Wire in Fences, The Cometology, and Fruitfly Geographic, which won the Archibald Lampman Award.