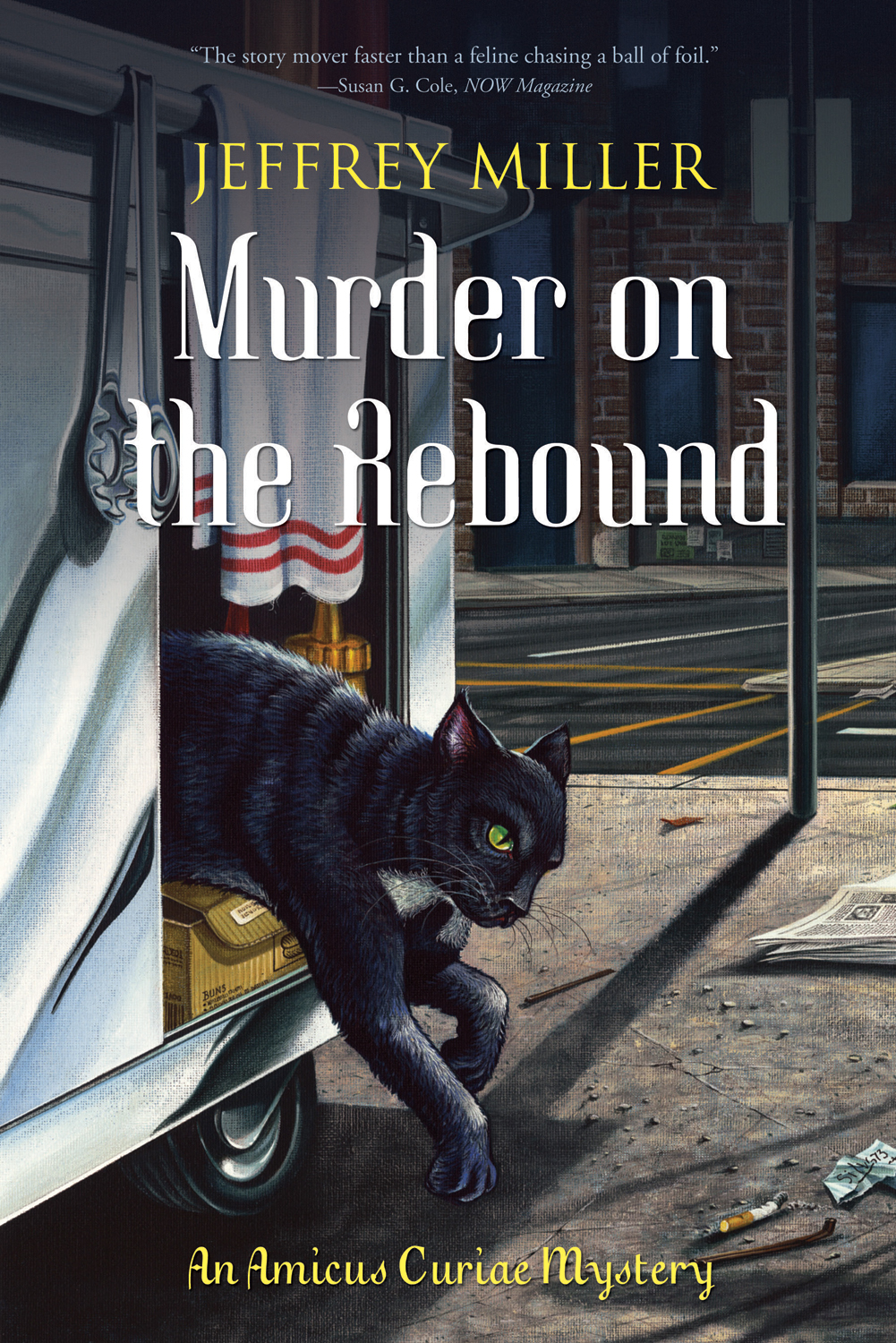 Murder on the Rebound

“Hemlock for Herskowitz!” That’s what the students write in the law school toilets about Professor Mack Herskowitz. Herskowitz (aka “Jerk-o-Twit”) runs his classes like a Marine drill sergeant. He’s bedding one budding lawyer — a former exotic dancer he helped get into the school — but the rest seem to want him dead. And that’s before Herskowitz’s mouthiest critic, first-year law student Tony Albinoni, is poisoned in the professor’s penthouse. Could that “hemlock” have been meant for Jerk-o-Twit? That’s the newest mystery for Amicus, Q.C. (Questing Cat), and his companion human, judge Ted Mariner. All the while, they’re in a spot of bother of their own, exiled by the Chief Justice to the Mervin Goldfarb and Estelle Holstein-Goldfarb School of Law at Scarborough University. There was Justice Mariner’s very public wrestling match, you see, with Justice Hernando Cactus in the trendy Pasta La Vista restaurant. And then there was that day the not-quite-ancient Mariner passionately smooched his articling student in a rundown bar in the cocaine district. It’s classic, uproarious Amicus, scrabbling and bustling with feline twists, turns, and shin’s-eye-view witticisms about our justice system in particular and the human tragicomedy in general. Once again, the Falstaffian courthouse cat narrates a seriously funny (and profoundly serious) tale in which the truth is not always what it seems, in death as well as life. “Smart and amusing . . . Amicus has his purr-suasive ways.” — Margaret Cannon, the Globe and Mail

Jeffrey Miller is a columnist for The Lawyers Weekly, has post-graduate degrees in English and law, and diligently avoids practising as a barrister.