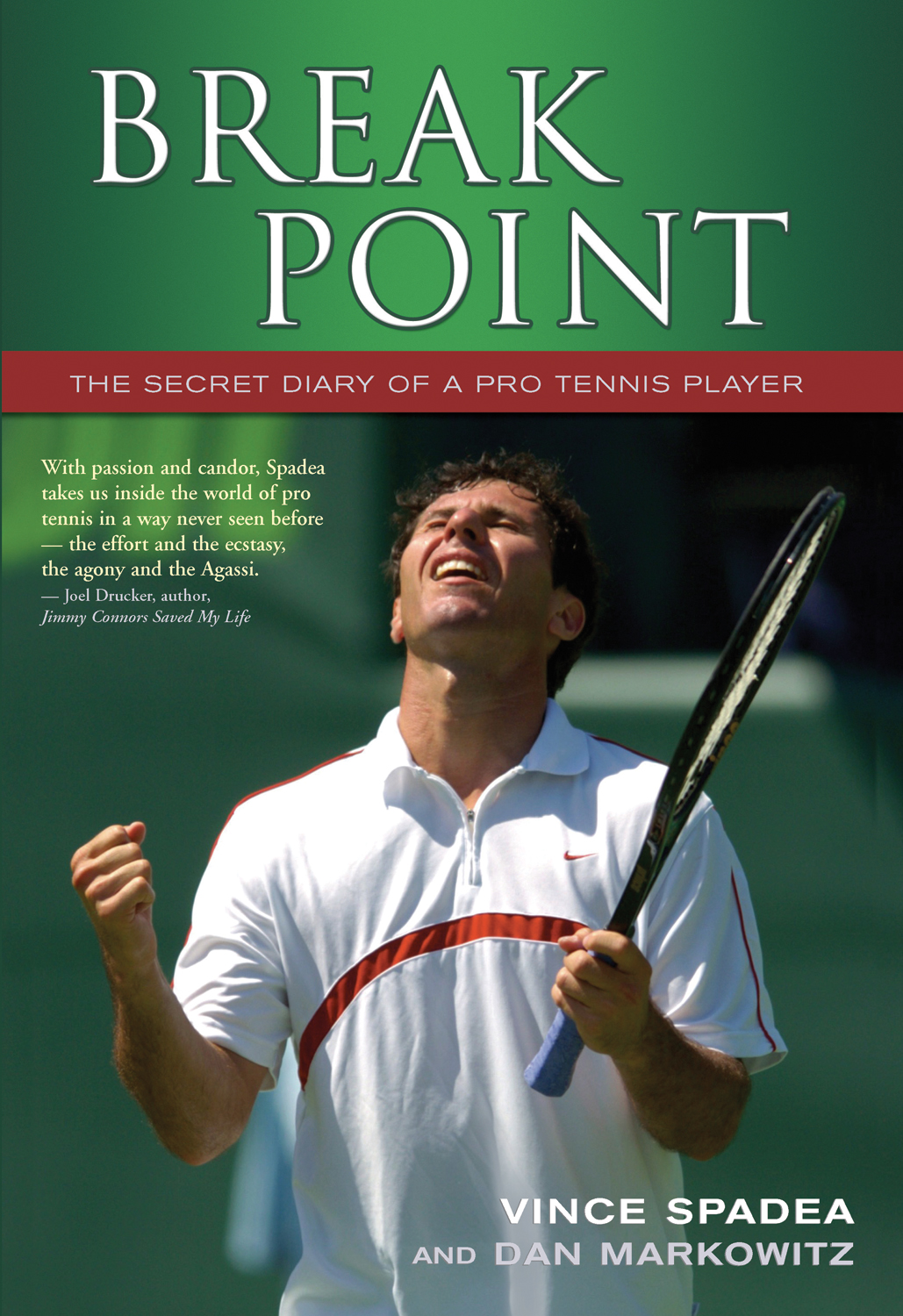 The Secret Diary of a Pro Tennis Player

Groomed since the age of eight by his obsessive father Vince Spadea, by most accounts—except Andre Agassi’s, who called Vince “a journeyman” at age 25—has been a success. At the start of the 2005 season, 19th seed Spadea was the only over-30-year-old player besides Agassi to be ranked in the top-20 on the world professional tennis circuit. Now in his 13th professional season, Spadea gives a riveting account of the ultra-competitive and often hilarious world of a pro tennis player. He battles injuries, coaching and agent changes, and a slight from American Davis Cup captain Patrick McEnroe as he continues his improbable climb back up the rankings. Along the way, he considers taking two months off to appear on The Bachelor, practices with a still combative John McEnroe in a New York City tennis club, and prowls LA parties with his buddy, comedian Jon Lovitz, trying to pick up actresses like Natalie Portman and jump start his fledgling acting career. Agassi, Andy Roddick, Roger Federer, Rafael Nadal, Martina Navratilova, Maria Sharapova, Jennifer Capriati, Tim Henman, and Marat Safin are all analyzed in more colourful and personal terms than the tennis media has ever provided. In these pages, Spadea breaks the taboo of the “whatever you see, hear and do here, stays here” locker room mentality.

Vince Spadea has succeeded in this game by using his stroking skills and insight into other players’ games and psyches. He lives in Boca Raton, Florida. Dan Markowitz, a journalist and sports writer, has written a biography of ex-NY Knicks star John Starks, and is now working on Walt (Clyde) Frazier’s biography. He lives in New York.