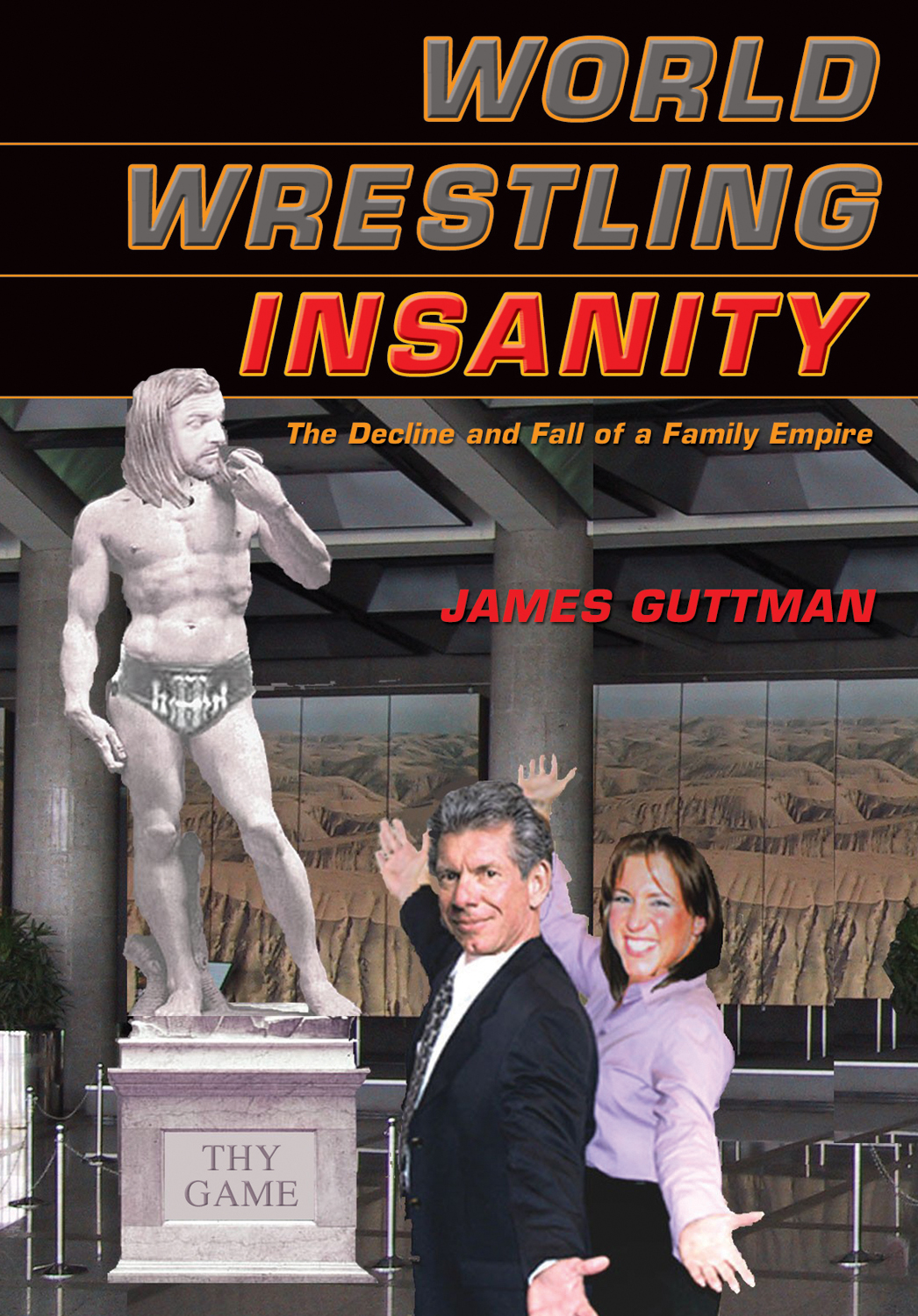 The Decline and Fall of a Family Empire

In an industry where nothing is real and no one actually wins or loses, the possibilities for manipulation are endless. World Wrestling Insanity sets out to expose the nepotism, backwards logic, and power plays that have made World Wrestling Entertainment go round. Alongside many well known names in wrestling, author James Guttman uses sarcasm, humour, and facts to break down the secrets of Vince McMahon’s company and analyze the reasoning behind many of the decisions made. Never before has WWE, the McMahon Family, Triple H, and others been held up to the light and examined so closely. Why are some of the shows written as they are? Who has the company's best interests at heart? Who has their own best interests at heart? Could the WWE’s errors be nothing more than accidents or are they the product of cold and calculated manipulation?In his trademark style, James Guttman analyzes the insanity and breaks down the McMahonifaction of pro wrestling. You better get your copy soon. Something tells us that there’s a family in Connecticut who would like to make sure that James’s first book is his last...

James Guttman grew up on Long Island and has been following the wrestling industry for as long as he can remember. His “Raw Insanity” was one of the Internet’s most beloved and controversial weekly wrestling columns. His new wrestling Web site, worldwrestlinginsanity.com, is fast becoming one of the most popular wrestling resources online. His work has also been featured in numerous publications, including London Publishing’s family of magazines.