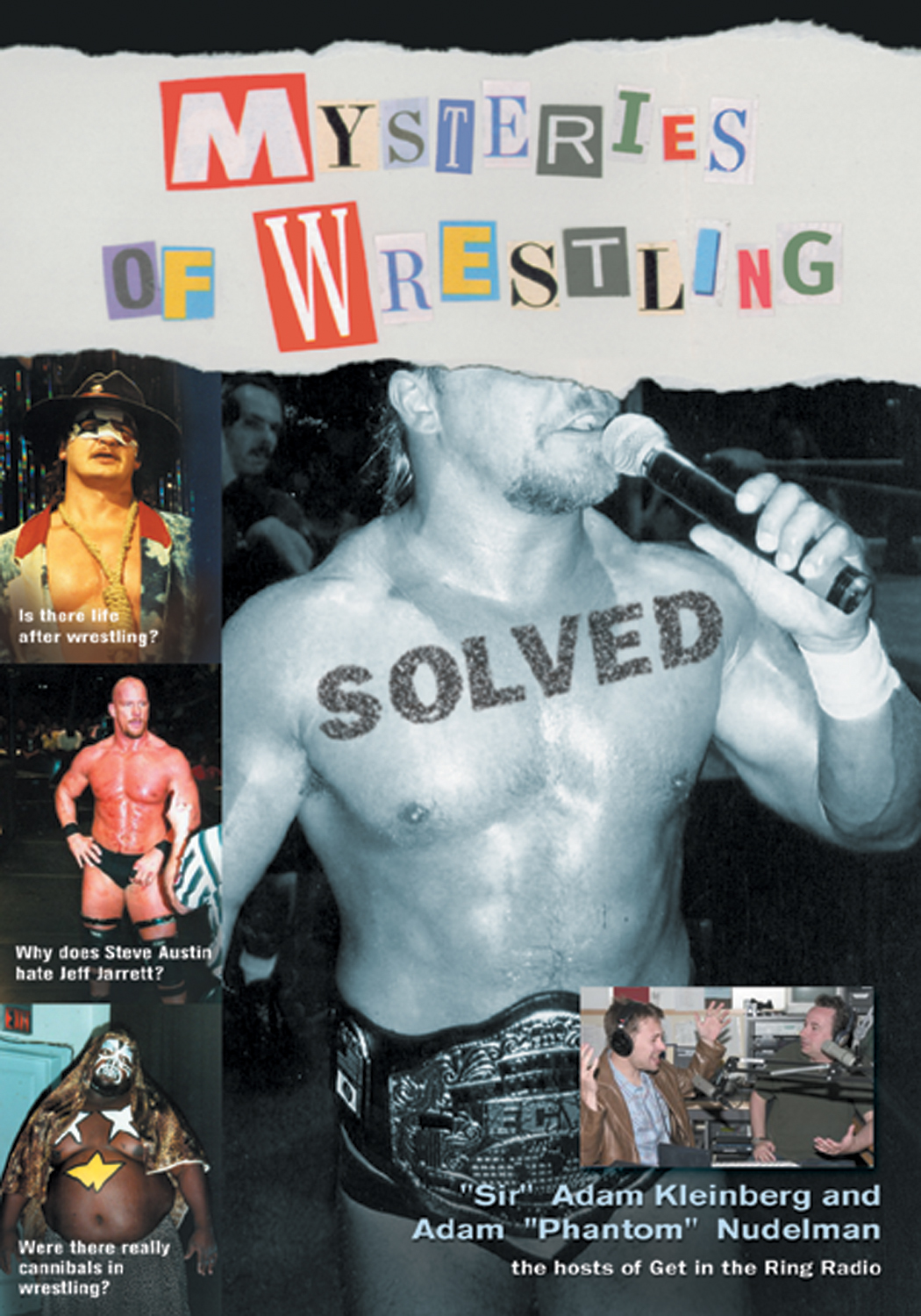 Mysteries of Wrestling: Solved is a hysterical and informative look at the sports entertainment industry, brought to you by the hosts of Get in the Ring (GIR), the longest running professional wrestling radio show in history. With Sir Adam and the Phantom, youll discover the truth about wrestling’s deepest, darkest mysteries — but the hosts of gir are not alone. They’ve enlisted the help of some of pro wrestling’s biggest stars. With names like Steve Austin, Kamala (yes, he talks!), Chyna, Sid Vicious, and Bobby “the Brain” Heenan, there’s a wealth of insider information from scores of wrestling legends all packed into one book. Mysteries of Wrestling: Solved digs into the extensive archives of gir’s library, and pulls out classic interviews with some of wrestling’s most beloved stars: the Rock, Bret “the Hitman” Hart, and Hulk Hogan are all here!No turnbuckle has gone unsearched, no foreign object left behind, and no feelings spared as grapplers from all over the world have been tracked down to provide answers to wrestling’s most disputed issues. Who was the toughest guy outside the ring? Did the Kliq really run wrestling? Just how much influence has Hulk Hogan exerted — in getting jobs for his buddies?

Now that “Sir” Adam Kleinberg’s alter ego has been revealed, he will be forced to answer questions about Doink the Clown and Mr. Fuji to his fellow courthouse attorneys. Adam “The Phantom” Nudelman works as a television producer by day, and dons the mask of the Phantom to write, host, and produce Get in the Ring radio at night.