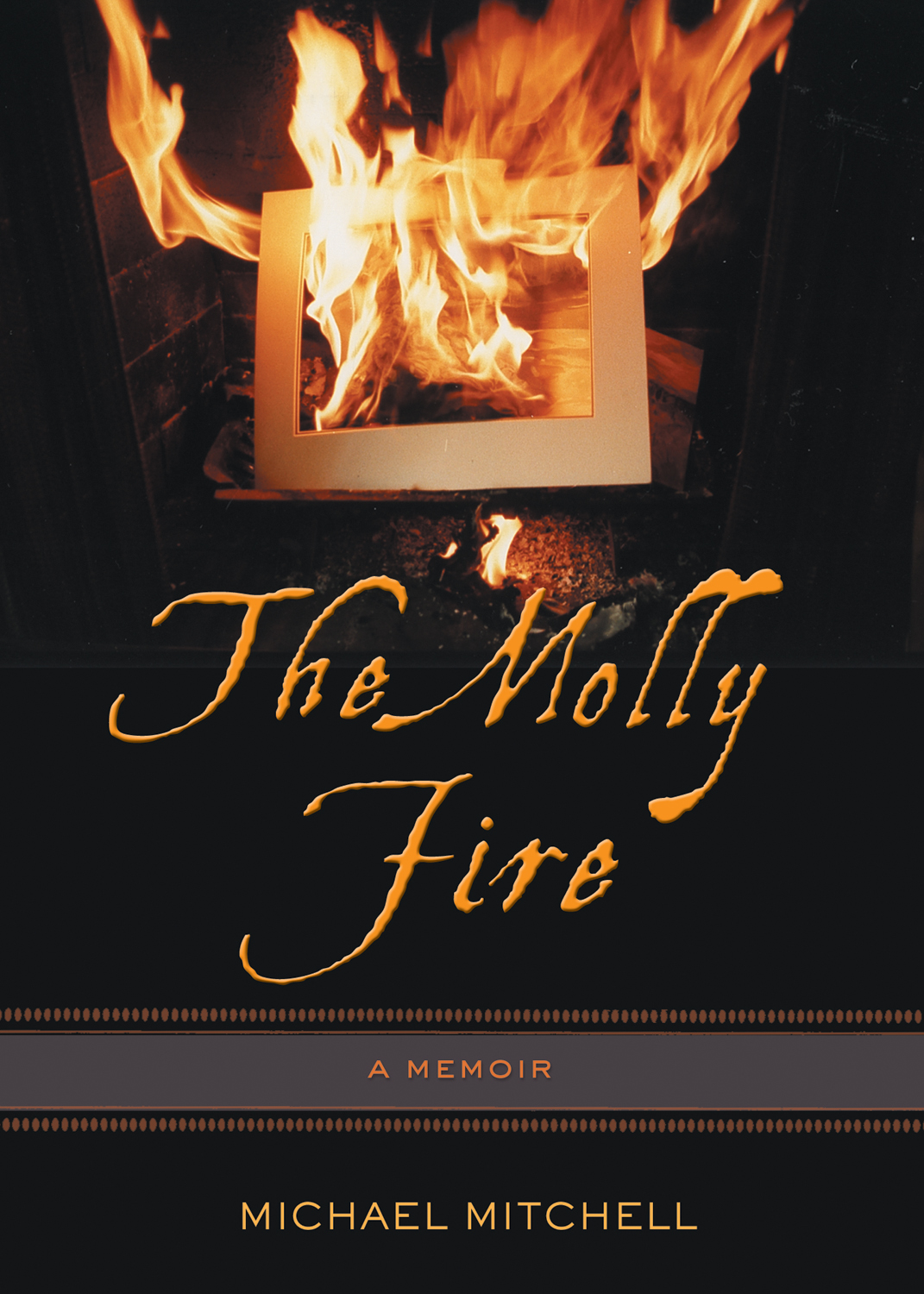 Molly, an eighty-year-old artist, drowns in her bath while living alone on Vancouver Island. When her son, Toronto writer and photographer Michael Mitchell, arrives from the east the next day he finds a studio full of her paintings and a treasure trove of family papers that take him on a romantic journey to the far corners of the world and back as far as the early 18th century. Illustrated with Molly’s art and her son’s evocative photographs of her empty house and studio, The Molly Fire collages dance cards, war diaries, menus, naval dispatches, and news reports to create a vivid and moving memoir as well as a poignant meditation on loss and identity.Shortlisted for the 2005 Governor General’s Award, the 2005 Drainie-Taylor Biography Prize, and a Globe and Mail Top 100 Book of 2005.

Michael Mitchell, a Toronto-based writer, photographer and filmmaker, has a Masters in anthropology from the University of Toronto. Monsters, his pioneering study of the 19th century New York freak photographer Charles Eisenmann, was published by ECW in 2003.