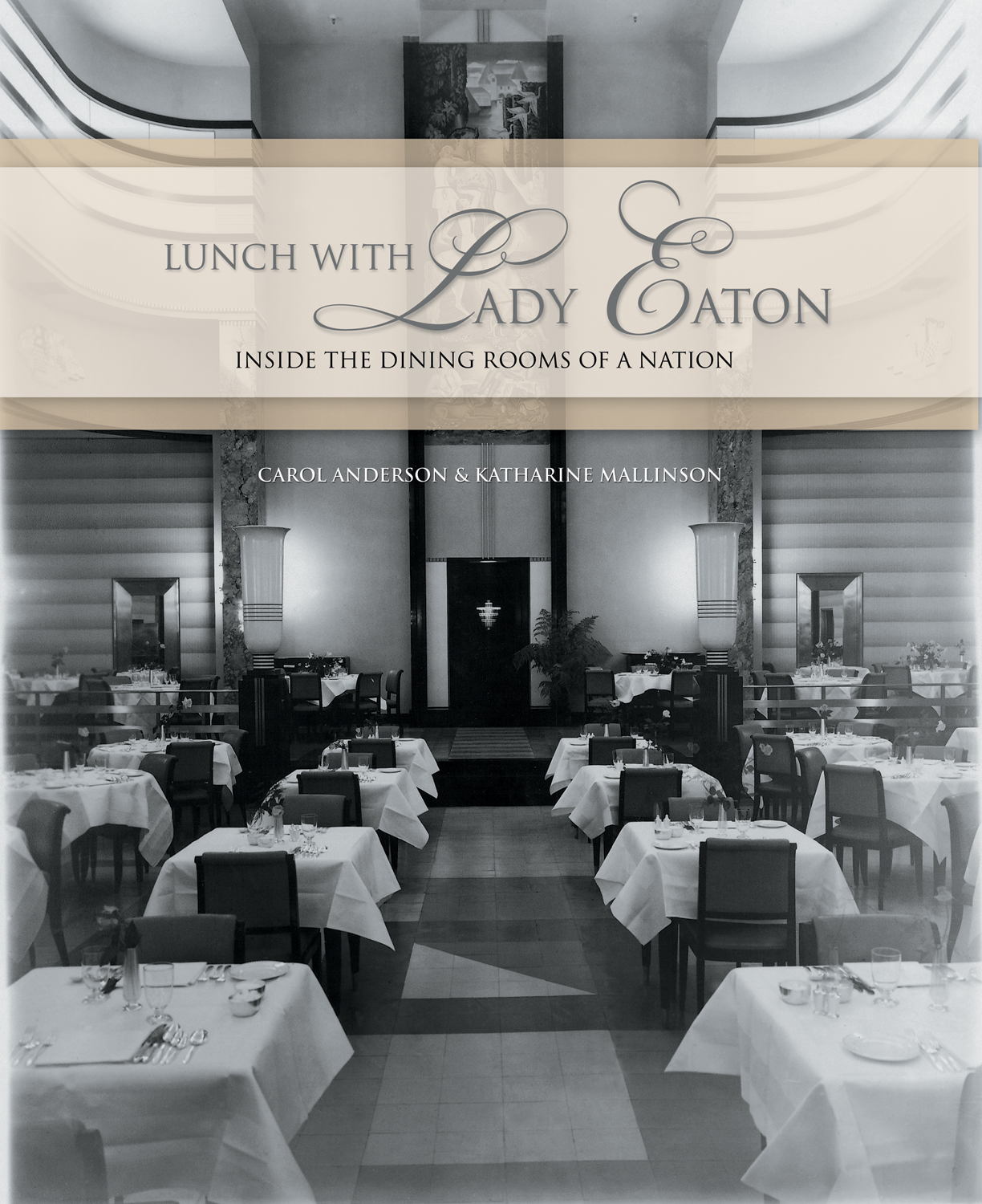 Inside the Dining Rooms of a Nation

Their name is synonymous with royalty and their stores were landmarks in virtually every Canadian city, but as the Eaton empire rose and fell in the last century with the company’s patriarchs, there was one woman equally deserving of credit. Flora McCrae Eaton was a visionary, a philanthropist, a socialite, a businesswoman, a world traveler, and a mother of six, but she also ushered in a shopping and dining aesthetic that revolutionized the retail and restaurant experience for generations of Canadians. Lady Eaton oversaw the architecture, staffing, and menus for more than a dozen grand dining rooms few have forgotten despite their eventual demise: the flagship Georgian Room (Toronto), the Round Room (Toronto — now the Carlu), Le Neuf (Montreal), the Grill Room (Winnipeg), and the Marine Room (Vancouver). For more casual fare Eaton’s offered soda and ice cream counters, snack bars, hostess shops, cafeterias, and bakery counters. Lady Eaton’s direction of the restaurants “created” a Canadian cuisine — chicken pot pie, cheese dreams, Waldorf salad, honey drop cookies, gingerbread, butterscotch pie, and Queen Elizabeth cake. Thirty recipes make this trip down memory lane as savory as it is nostalgic. Put on your gloves and hat and relive an era of elegance all but vanished. Lunch anyone?

Carol Anderson is a choreographer and teaches dance at York University and Katharine Mallinson is a costume designer for dance. Both have a sense of occasion and dine in style.