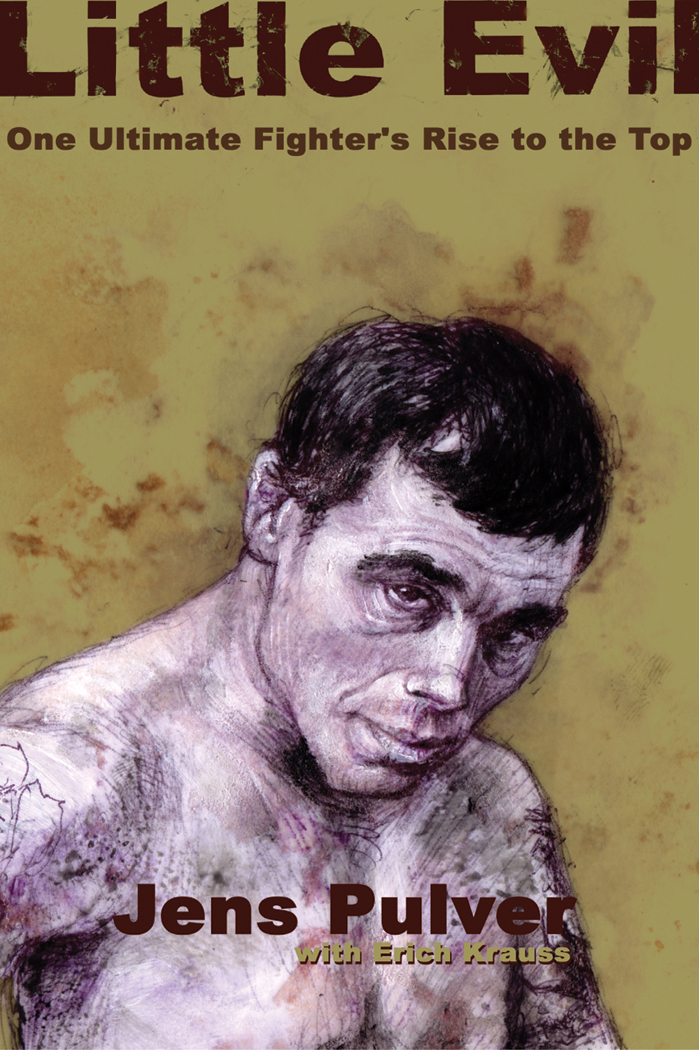 One Ultimate Fighter's Rise to the Top

At ten years of age, lined up alongside his two brothers in the living room of their Seattle home, Jens Pulver stared down the length of a shotgun into his father’s haggard face. Because Jens was the oldest, the one constantly running upstairs to protect his mother in the middle of the night, his father placed the barrel into his mouth first.Fear taught Jens how to attack with his fists. Fear taught him how to get what he wanted, by any means necessary. Fear put him on the path toward becoming a world champion fighter, to prove wrong all those who claimed he wouldn’t amount to any more than his drunk old man. It was this path — the one that would make him the most intimidating pound-for-pound fighter in the ring — that eventually let him put his childhood demons to rest and find an inner peace. But it was a long and painful battle.Little Evil is a gripping and true tale of father and son, of what betrayal does to the young and drives them to do, and of how one determined man shattered the chains of his childhood and rose to the top, becoming the lightweight champion of the UFC.

Jens Pulver first won the UFC lightweight belt in 2001. He is considered among the best lightweight Mixed Martial Arts fighters in the world. Erich Krauss’ previous books include Brawl: A Behind the Scenes Look at Mixed Martial Arts Competition. He currently resides in San Diego, where he is training at the world renowned Lion’s Den Submission Academy.