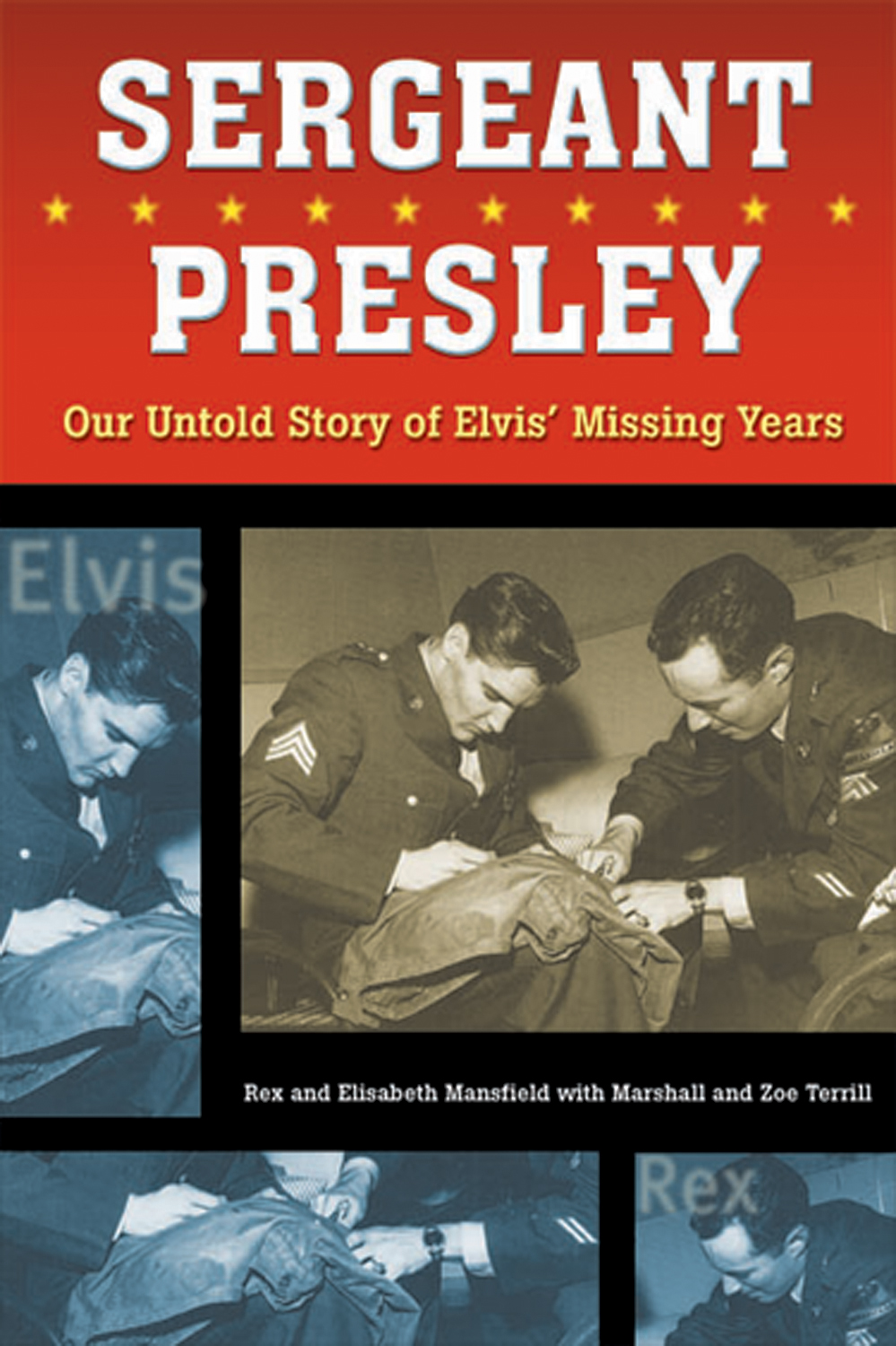 What happened when Elvis entered the army in 1958? Although many have speculated, for the first time we get the inside story. Rex Mansfield, the co-author, was inducted on the same day as Elvis in Memphis, went through basic training with him in Texas, and travelled with the King to Germany as well. Early on, Rex discovered that by not speaking with reporters, he could stay in Elvis’ inner circle, and ultimately became a close-knit member of the extended Presley family. Once overseas, Elvis befriended Elisabeth Stefaniak, a young German girl, and hired her to answer his fan mail. Elisabeth became romantically involved with him, but soon discovered Elvis’ wandering eye and double standards. Eventually, Rex and Elisabeth began to date secretly, and concealed it from Elvis. Torn between Elvis and Rex, Elisabeth was forced to choose  and she chose Rex. On June 4, 1960, they married. Elvis never again spoke to either one of them. And though glimpses of their story have been recounted in several Presley biographies, the two have remained silent for four decades. Until now.
What will be revealed in Sergeant Presley? We learn about the beginning of Elvis’ addiction to prescription drugs. We see Elvis’ initial meeting with Priscilla Beaulieu, his eventual wife. And we hear about the daily goings-on both on the army bases and in the homes Elvis rented in Texas and Germany.
More than the revelations, however, this is a story about three people: Rex, who becomes a close friend of Elvis; Elisabeth, who becomes one of Elvis’ girlfriends; and Elvis himself, during the ""missing years.""