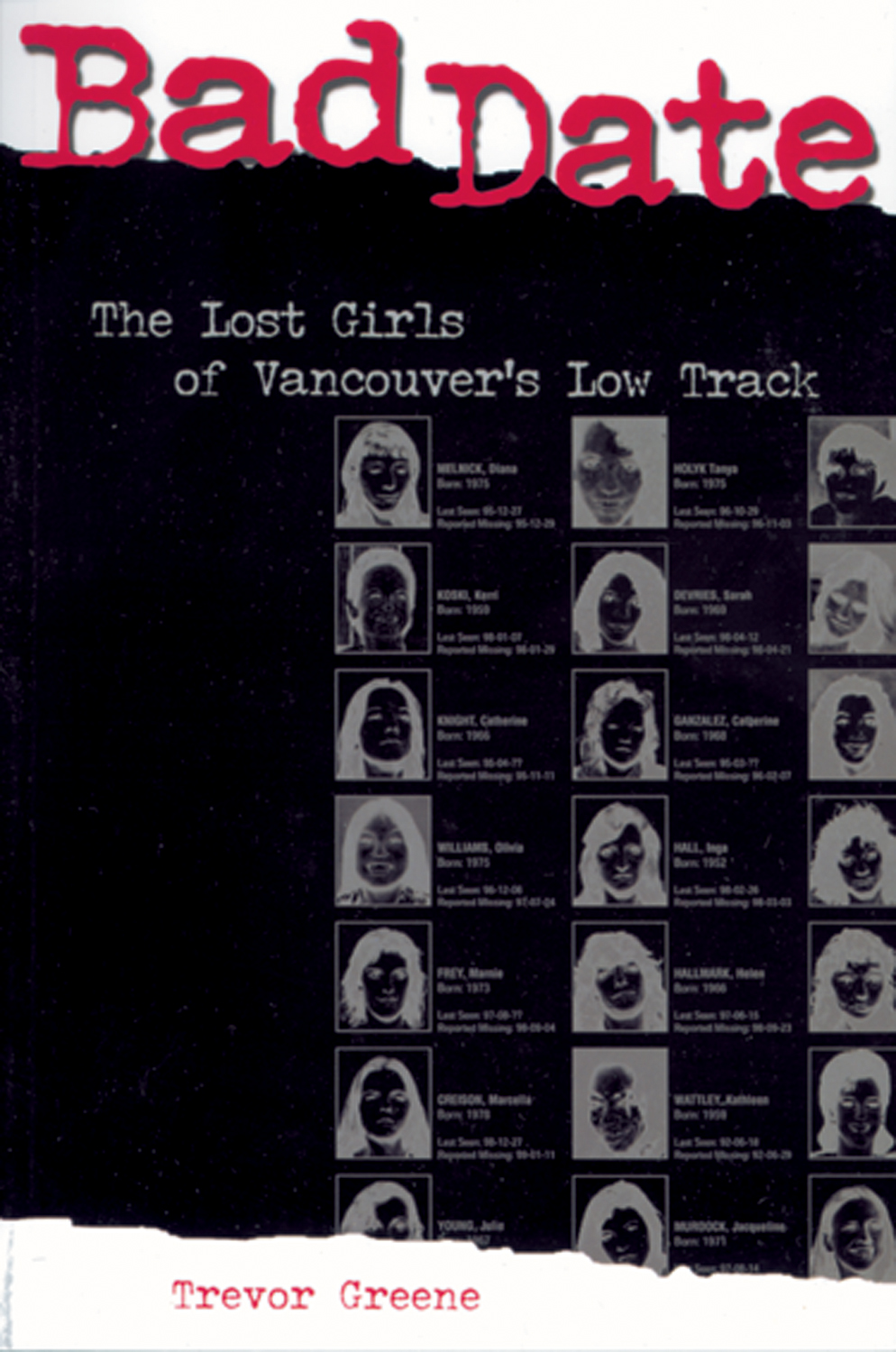 Vancouver’s downtown East-side neighborhood, the poorest postal code in Canada, is a ten-block compound of poverty, pain, and despair in a sparkling, healthy, rich city. In the parlance of the street, this area is known as Low Track, where drug-addicted prostitutes barely sustain themselves and their habit by selling their bodies. Suspended in the miasma of smoke and despair and the stench that hangs over these mean streets is the mystery of thirty-one Low Track prostitutes who appear to have vanished over the past few years, without a trace. Theories abound about serial killers and murderous freighter crews, while some speculate that some of the women shook their drug habit and just walked away from the life. In Trevor Greene’s illuminating book, Bad Date: The Lost Girls of Vancouver’s Low Track, he writes about this true-life mystery. Having interviewed the families of the missing women and the police involved in the case, he comes up with some possible explanations of what might have happened. There are no bodies, no eyewitnesses, and no clues. Just a void where thirty-one women once were, families and friends left behind, and a mystery that has the women still working Low Track watching their backs and fearing the night.

Trevor Greene is a native of Cape Breton, Nova Scotia. He has worked as a journalist for the past 13 years in Japan, all over Asia, and in Canada. In 1993, he wrote Bridge of Tears, a book on the homeless of Japan that was short-listed for a book prize in Japan. After a stint in the Navy, he settled in Vancouver. He is writing a book about a Navy tall ship journey he made across the Pacific and is researching a work on the tragedy of children enmeshed in the sex trade.