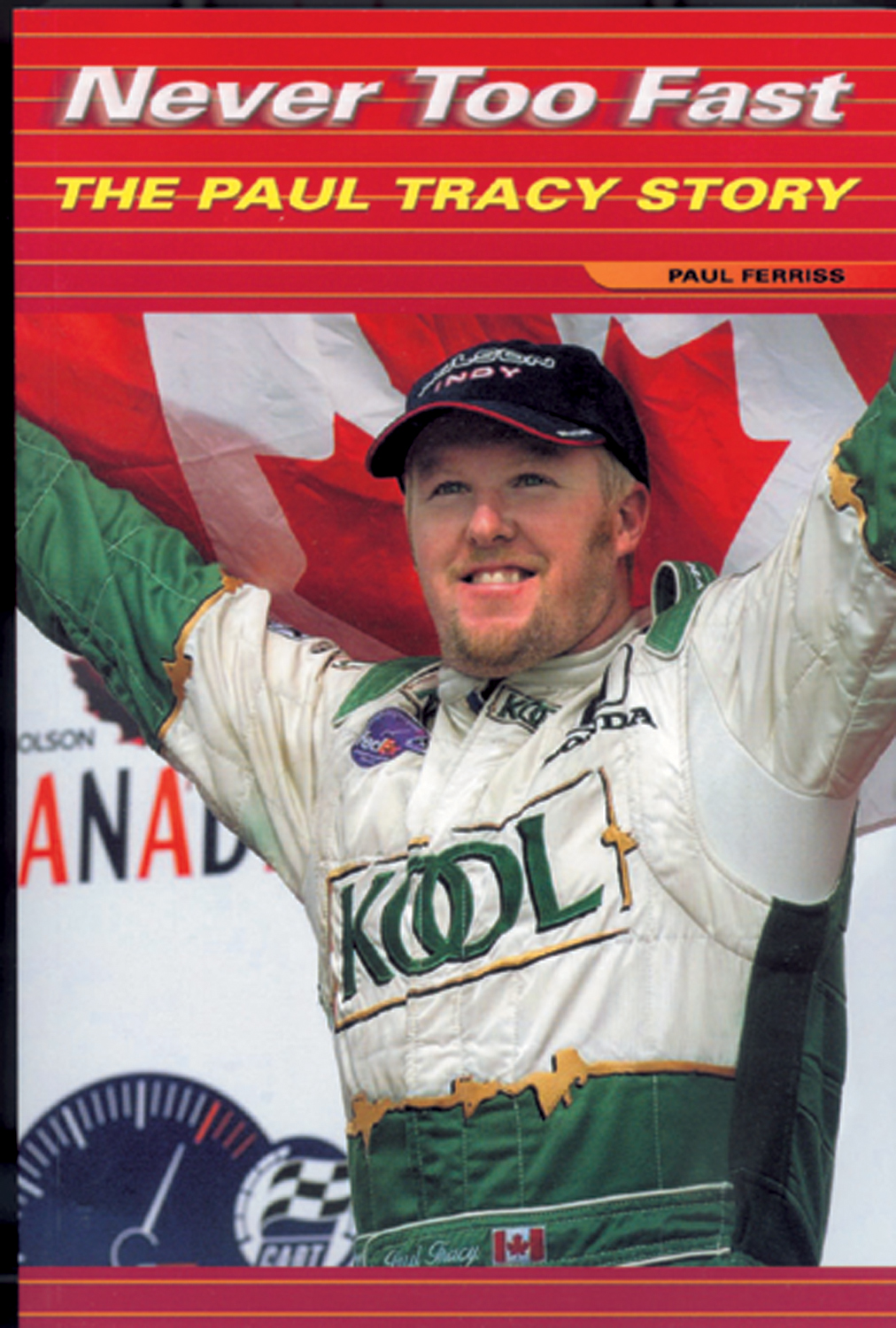 The true story of the most dangerous racecar driver on the circuit … Paul Tracy was just a youngster when he discovered fast cars. Growing up in West Hill, Ontario, Paul dreamt of his hero Gilles Villeneuve, and when his father left him at the local go-kart track with a full tank of gas each morning, he retrieved Paul — and the empty tank — at night. Tracy rose quickly through racing’s minor leagues, setting and breaking records as he went. At 17 he was racing cars with twice the horsepower of the family cars his friends were just learning to drive. Veteran team managers and drivers knew they were seeing someone special on the track: a quiet kid with the looks of a boy scout and the desire of a champion. Soon Tracy dominated kart racing, won at Can-Am racing, and ruled Indy Lights. He then stormed into the Championship Auto Racing Team circuit, racing wheel to wheel with Emerson Fittipaldi and Mario Andretti. In those early races, even driving an underpowered car, Tracy proved he could run with the big boys. But Paul Tracy’s success has come with its share of hardships. His aggressive driving style on the cart circuit has made almost as many enemies as fans. He’s been criticized, penalized, and vilified both on and off the track. Nevertheless, two things remain consistent — his desire to drive fast, and his desire to win. When you live in a world of speed and danger, a world where success is measured in tenths of seconds and inches can separate winners from losers, one thing is certain: you can never be too fast.

Paul Ferriss is an editor/ writer based in Toronto. He has been a dedicated observer of the cart racing series since Al Unser Jr. gave him his autograph at the first Molson Indy.