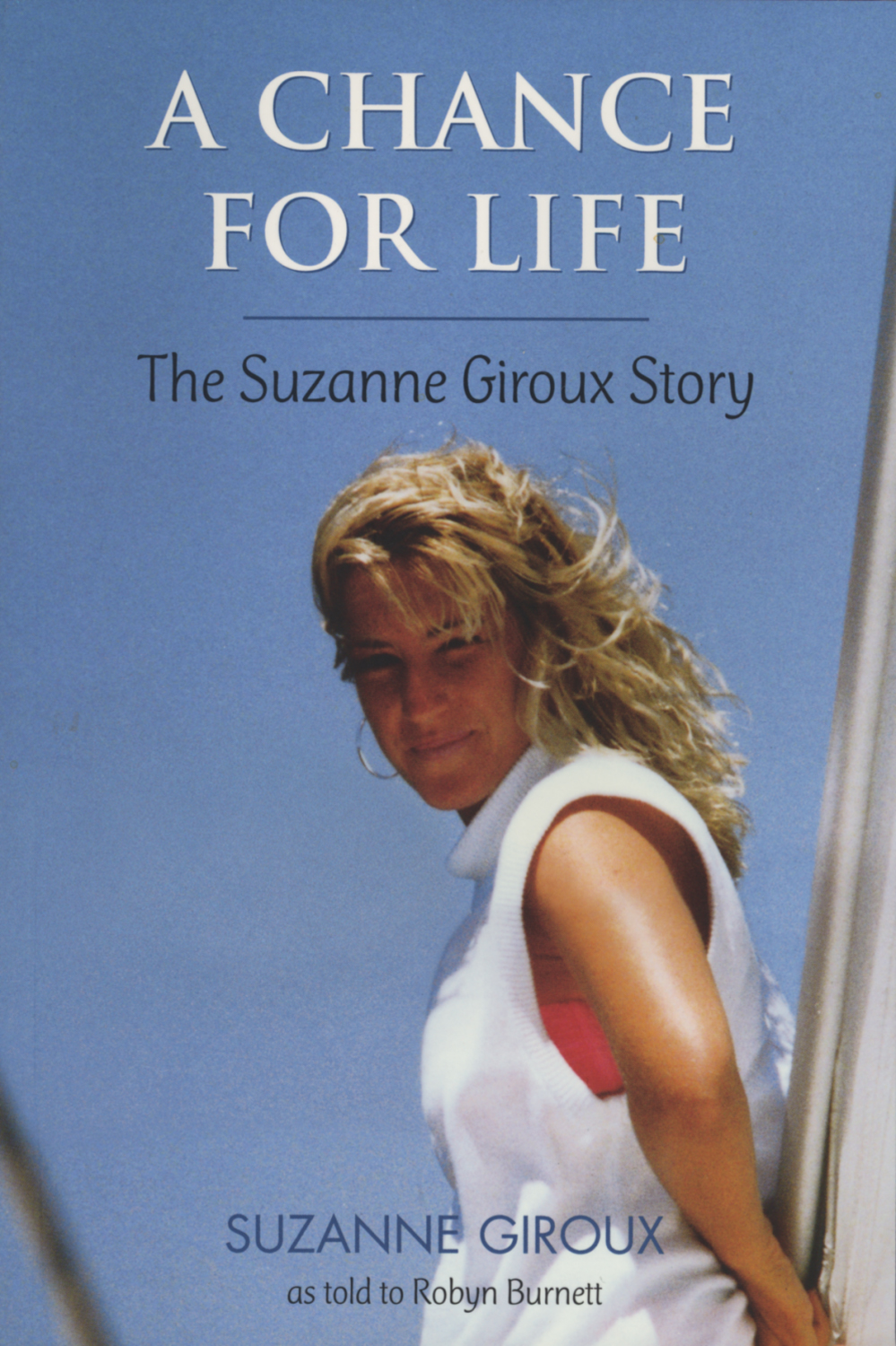 How one woman overcame adversity; took control of her life... and beat the odds. “My name is Suzanne Giroux. My father traded his life for mine... and I chose to live. This is my story.” So begins the story of Suzanne Giroux. Born on the border between Quebec and Ontario, she lives her life walking a fine line between life and death. At the age of 24, Suzanne discovers a lump in her breast that turns out to be breast cancer, and she begins a struggle to maintain her sanity and her health. She tells of two miscarriages; her fiancé, the man of her dreams, falling in a construction accident and being reduced to a vegetative state; the man she finally does marry becoming abusive, indifferent, an alcoholic and an adulterer; and the return of her cancer after an operation to remove it fails. Rushing to her side, her distraught father tells her that he would give anything to trade places with her, to take her cancer into his body so she could be healthy. And then he is diagnosed with cancer as well. But not all is dark. On vacation, she meets a doctor who suggests she try to qualify for the drug Herceptin, which stops the growth of tumours in breast cancer and sometimes even shrinks them. Giroux begins the treatments, but as she gets better, her father becomes worse, and she loses him at the same time her marriage falls apart.

Suzanne Giroux was born on October 3, 1967 in the town of Cornwall. Her lifelong battles with cancer led her to discover her true calling: to help people with the same disease. She worked as a motivational speaker for National Speaker Bureau, and talked at banquets about her fight. Sadly, Sue lost her battle with cancer in the spring of 2001. Robyn Burnett is a graduate of the UBC Creative Writing program, and since then has been writing in a variety of areas. For the past three years, she has volunteered with Camp Trillium, an organization that works with children with cancer, and their families.