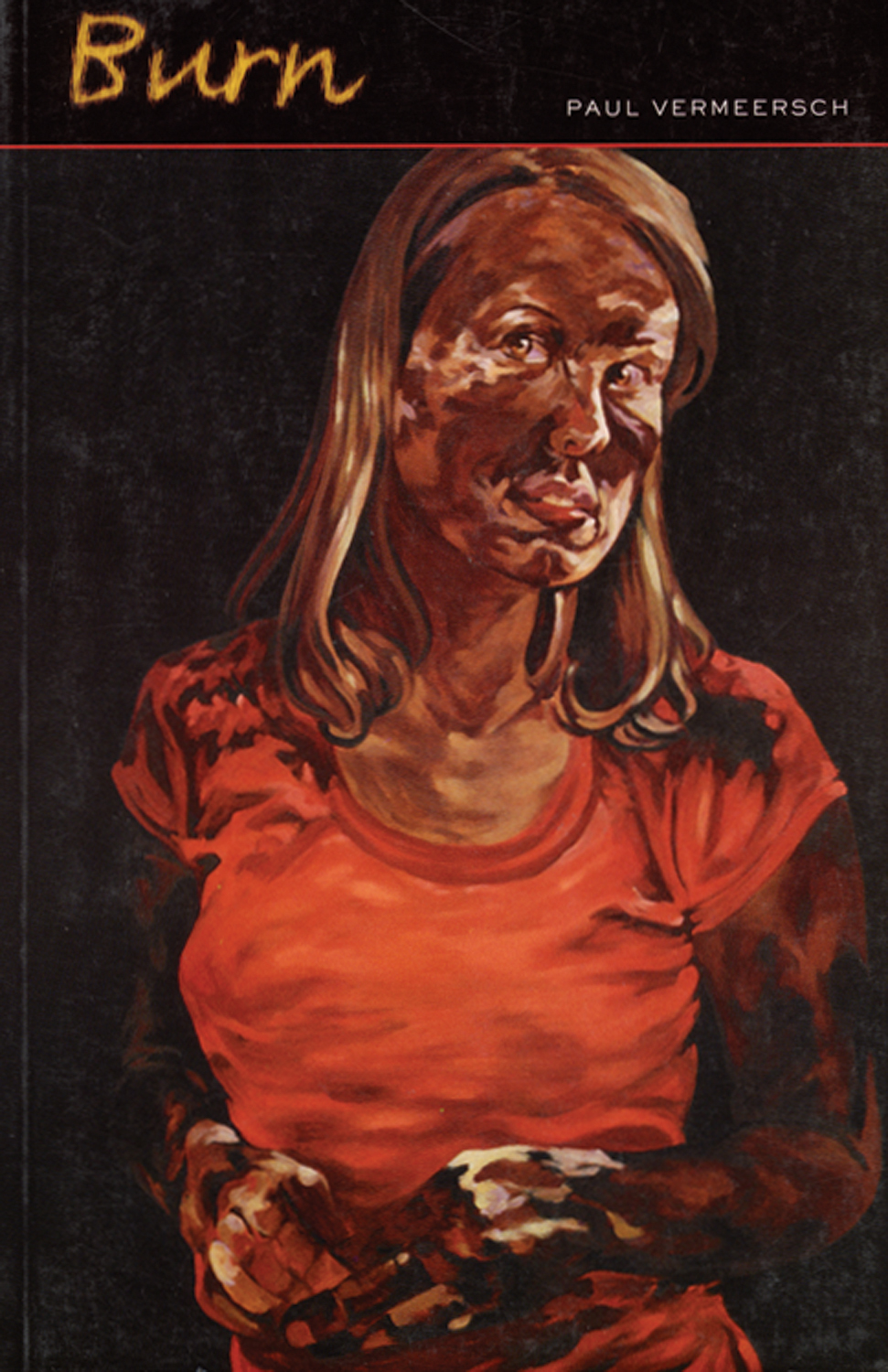 Accessible and finely honed, as obsessed with the possibility of words as with emotion, Paul Vermeersch’s poems engage and fire and etch their way in — way down deep. Burn mixes spit and sweat and flakes of lye to scar intricate and beautiful patterns in the shapes of animals, friends, family. In Burn, the dark moments of childhood contrast with the epiphanies and horrors which attend illness and death. Sex, too, insinuates and asserts itself. And after Vermeersch’s conflagration nothing remains untouched.

Paul Vermeersch grew up in Brights Grove, Ontario, near the shores of Lake Huron. He received a degree in English Language and Literature from the University of Western Ontario and taught English, Writing, and History at The English Language Teachers’ College of Slupsk in Poland. His poetry has been published widely in literary journals and magazines across the country, including Descant, The Fiddlehead, The Antigonish Review, Rampike, The New Quarterly, and TickleAce. In May 1998 Paul founded the popular reading series at The I.V. Lounge in downtown Toronto and is still its host and organizer. The I.V. League: An I.V. Lounge Reader will be published by Insomniac Press in Spring 2001. Burn is his first book.