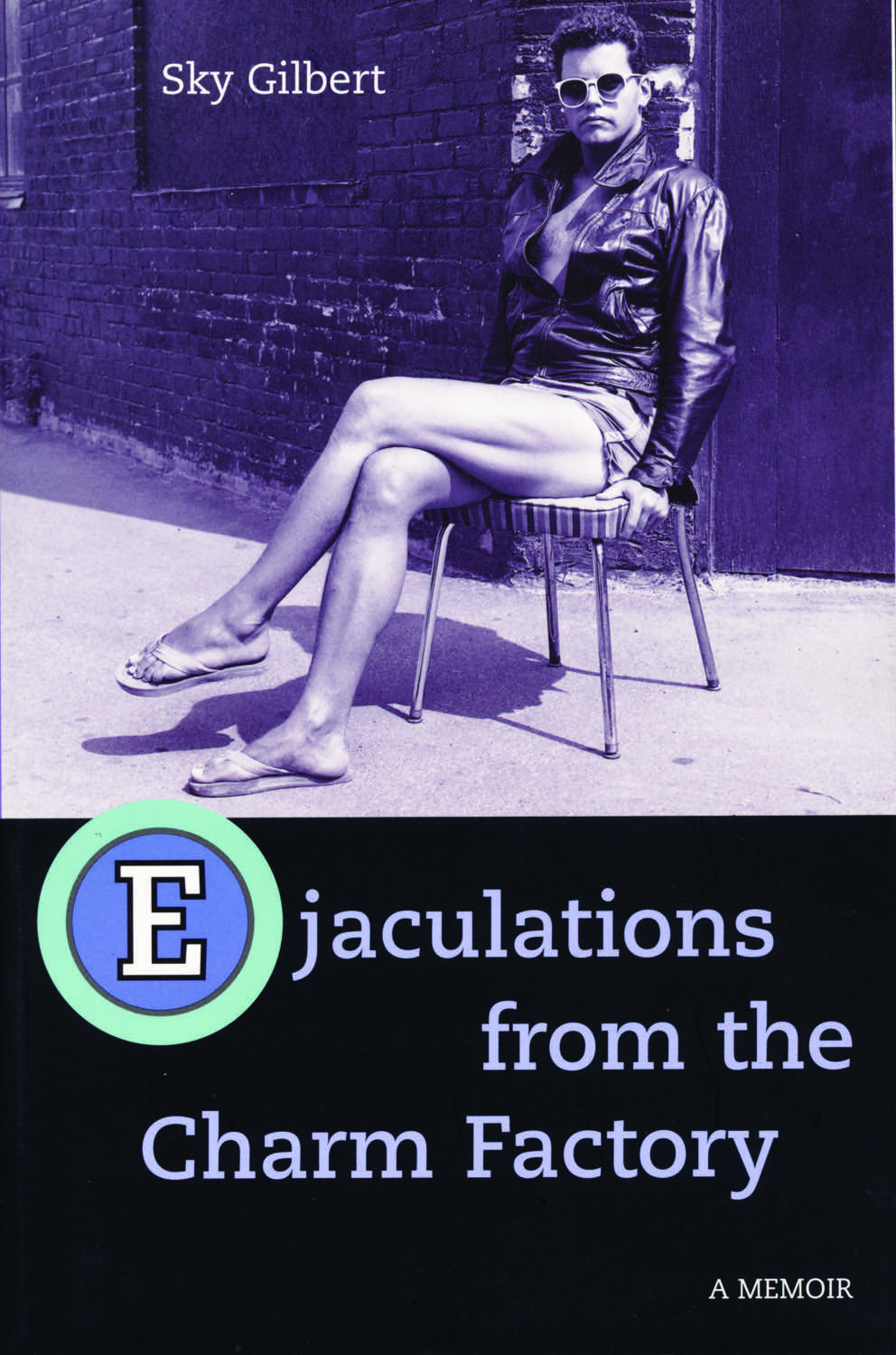 Ejaculations From the Charm Factory

Kissing and telling … You’ve heard about Sky Gilbert: he’s loved by fans of his novels, plays, poetry, and columns; hated by the Toronto Sun and by some members of the gay community. His alter ego Jane, a drag queen, was charged with not wearing a seat belt in a cab, took the case to trial, and won: “The judge said I was a reasonable person.” Gilbert’s theatre, Buddies in Bad Times, was almost closed by The City of Toronto for sponsoring S/M workshops in 1990, and yet he was awarded the Pauline McGibbon Award for directing in 1985, has directed two plays at the Shaw Festival, and had his work performed across North America. The Religious Right has campaigned against him, yet some men argue that his work has changed their lives. So, whatvs Gilbert all about, what makes him tick? Is he a drag queen? An award-winning artist? A complete slut? Or, maybe, all three? Many are going to be angered by this book, many more will be entertained. One guarantee: everyone is going to be reading Ejaculations from the Charm Factory to see if their names are in it. And yes, they are.… But there’s also a whole lot more.

Writer, filmmaker, actor, or drag queen extraordinaire, Sky Gilbert  is one of North America’s most controversial artistic forces. He was born in Norwich, Connecticut, but since 1965 Toronto has been his home. His hit plays include The Dressing Gown, Drag Queens on Trial, and The Birth of Casper G. Schmidt. He has received the Pauline McGibbon award for directing, and two Dora awards. His plays and films have been produced and screened across North America. In 1998 ECW published Gilbert’s first full-length collection of poetry; he has also published Guilty and St. Stephen’s, two critically acclaimed novels.