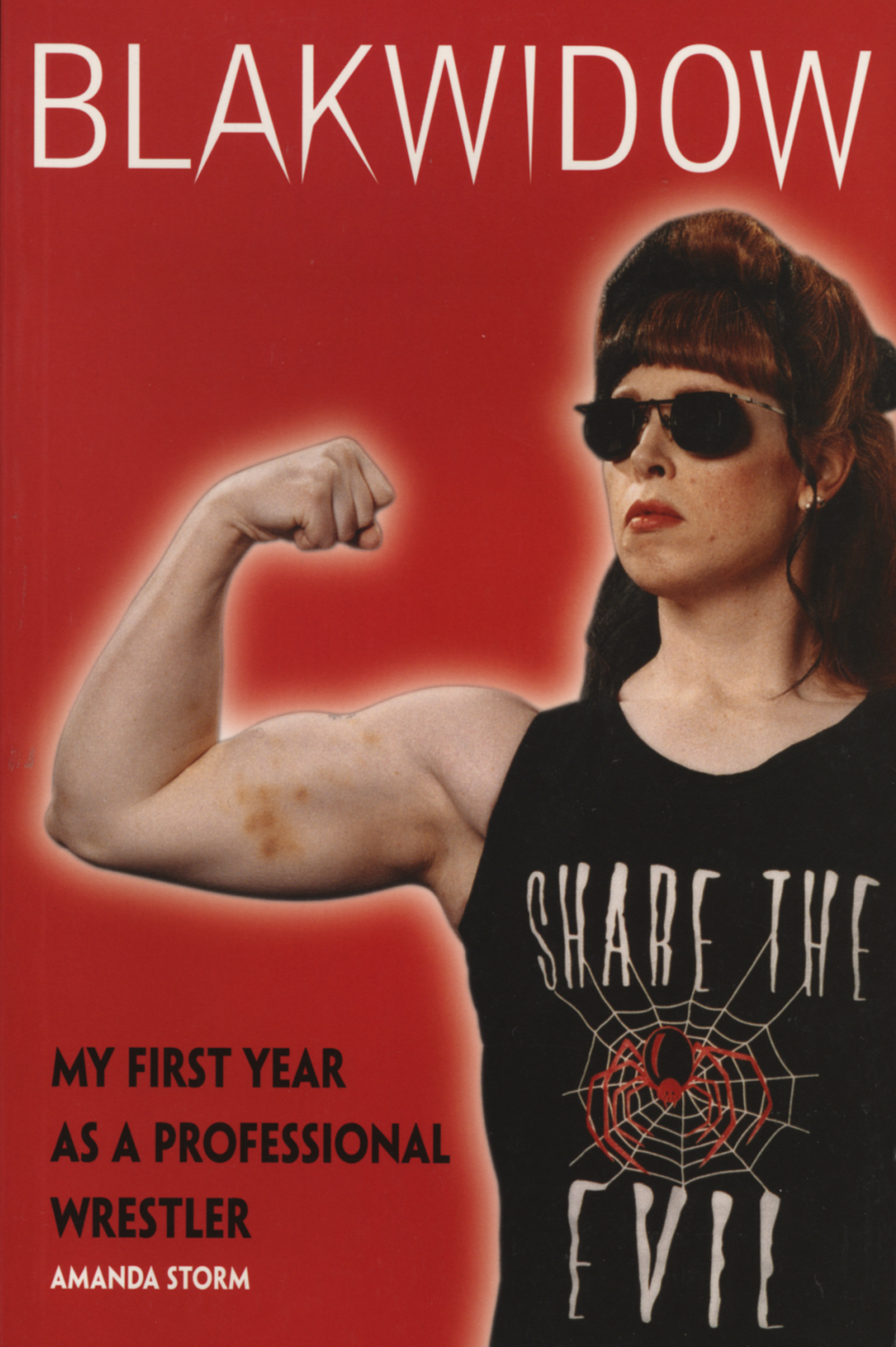 My First Year as a Professional Wrestler

This is a story of beginnings: a seemingly ordinary woman quits her job writing computer manuals and moves over 3000 miles to train at Killer Kowalski’s wrestling school near Boston and becomes Amanda Storm. One year later finds her fighting in front of 6000 people in one week and the proud holder of championships in three different federations. Storm regularly trains with, wrestles, and body slams men who outweigh her by over 100 pounds. This has earned her the nickname “BlakWidow” and she is quickly becoming one of the dominant female wrestlers in the Eastern United States and Canada. In BlakWidow: My First Year as a Professional Wrestler, Amanda writes about how she got to where she is now, the problems, the victories, and the upheaval in her life. How did a woman with a university English degree transform herself into the man-eating professional wrestler she is today? BlakWidow tells the whole story in a way that’s never been documented before, complete with exclusive never-before-seen photographs.