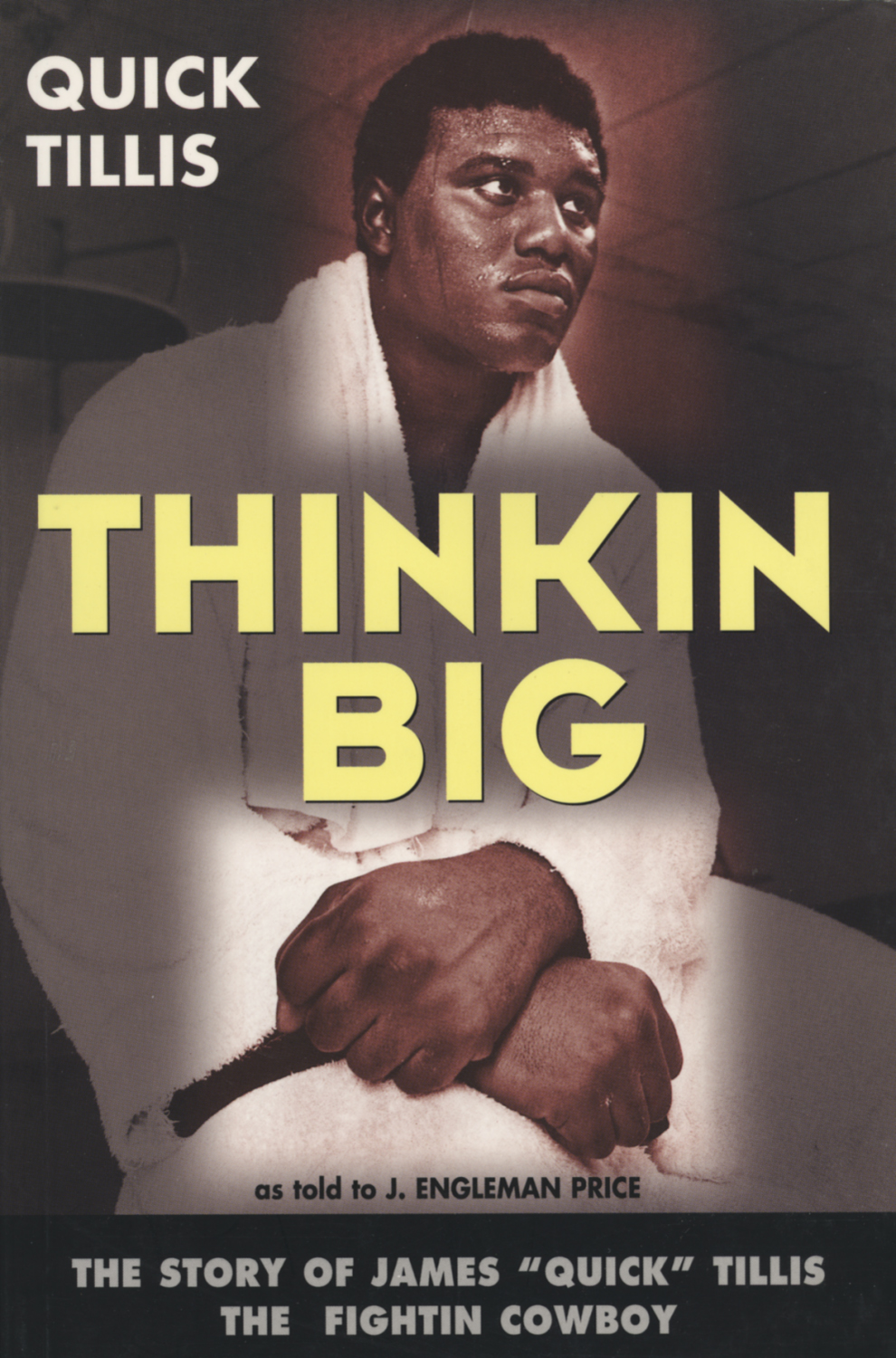 The Story of James “Quick” Tillis, the Fightin Cowboy

“They need to think big like I did. If they can see it in their head, they can get there.” Thinkin Big is the story of a kid whose dream was never supposed to come true: the story of a man who won hearts with his gentleness, but whose fearlessness was legendary. It is the biography of a champion once broken by boxing. As he watched Cassius Clay destroy Sonny Liston on February 25, 1964, James Tillis was told by God he would be a professional fighter. Thirty-three years later, James “Quick” Tillis, dubbed the Fightin Cowboy by Muhammad Ali, would record his story in a dimly lit jail cell. He was a young black athlete who’d clung to his alcoholic father and his religious mother, rising to battle seven heavyweight champions. But this naive heavyweight would be sacrificed by the sport he loved; it would rob him of the women he loved, his dignity, his fortune, and his title. He crawled into the ring 64 times to prove that he could win, but one dirty agent was determined to bleed him dry. Now he tells a story like no fighter before. It’s raw, yet full of humour, told from a legend’s perspective.

A native Oklahoman, J. Engleman Price is an author of human interest stories in local, national, and international publications.