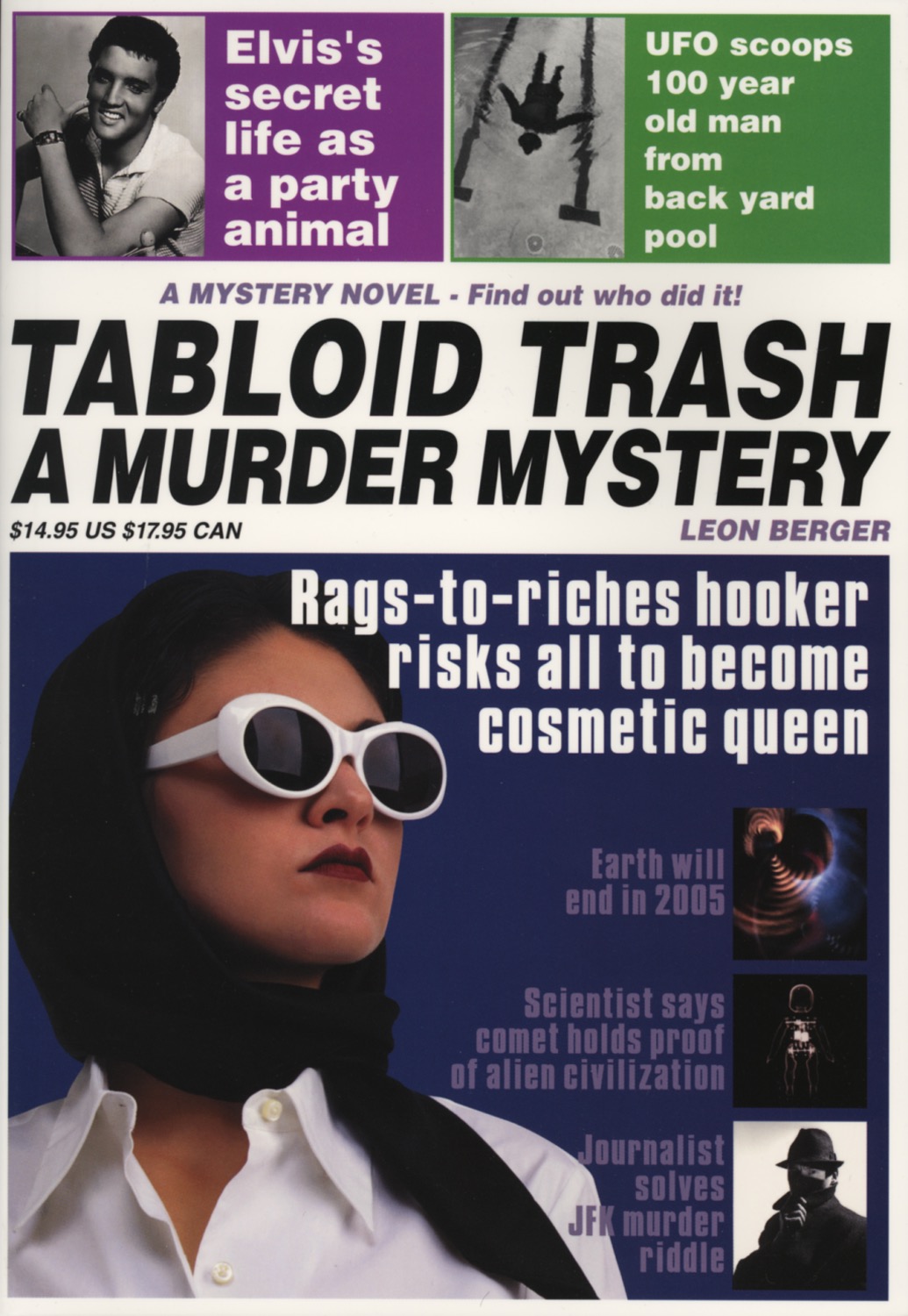 Tabloid Trash is a funny, irreverent, wildly entertaining take on the great American subculture of supermarket tabloids, as well as a classic detective novel in its own right. It opens as the infamous U.S. Reporter decides to hold a lavish retirement gala for its star sleazebag journalist, Max Kowalski. But the party comes to an abrupt close just after midnight, when Max is found dead — murdered during a robbery. One of the guests happens to be Max’s nephew Arnie Kowalski (a crippled ex-cop with a major chip on his shoulder) who begins his own investigation into the dual crime. As Arnie and his trash-talking girlfriend Charlene start to ask questions, they also begin to run into problems with various parties and their already strained relationship begins to unravel. Their task is not made any easier by the fact that almost everyone had a reason to loathe Uncle Max, including a Nazi rabbi, a sensitive sumo wrestler, an incompatible biker couple, an oriental astrologer, an oversexed former hooker, a stunt man who once climbed the Empire State Building in a King Kong suit, and a 100-year-old from Iowa who was abducted by aliens. As the plot develops, strange clues, smart deductions, and unlikely twists lead inexorably to a racy climax, as Arnie Kowalski finally uncovers the surprising truth about his uncle’s death — and life.

Leon Berger  lives and works in Montreal. He is the author of Globo Sapiens: Fiction for a Business Class Lounge, described by a Time magazine writer as “immensely entertaining and engaging.”