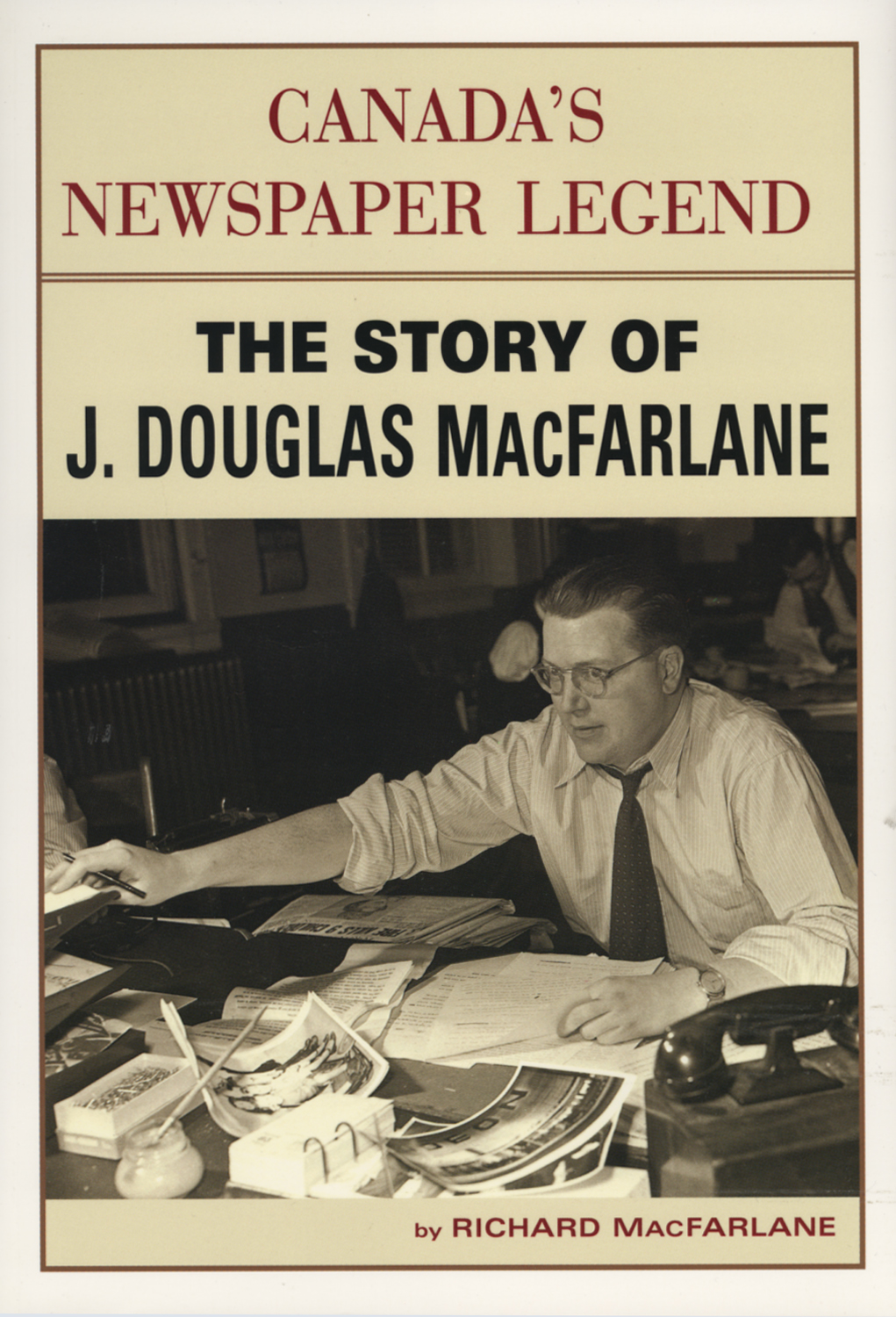 The Story of J. Douglas MacFarlane

Amid the “newspaper wars” of the ’90s, we’ve been witness to an explosion of electronic news through cable television and the Internet. But less than a generation ago, newspapers were the principal sources of the late-breaking story. Breaking that story entailed hard-nosed news gathering, multiple daily editions, and editors consorting with reporters to scoop their competitors. J. Douglas MacFarlane was master of the headline news and the splash of the front page. MacFarlane’s illustrious career spanned 50 years, and included time at the four Toronto dailies, most notably The Telegram, where his command of the newsroom is most remembered. Overseas during World War II, as managing editor of the Canadian Army newspaper, The Maple Leaf, JDM was never far from the news and notoriety. And as head of Ryerson’s School of Journalism, MacFarlane imparted a living legacy of professionalism to many of today’s leading Canadian journalists. Canada’s Newspaper Legend recounts the life of one of Canada’s finest editors, told by JDM’s son, Richard, from JDM’s legendary coverage of the Marilyn Bell swim of Lake Ontario in 1954 to his handling of the shocking news of JFK’s assassination in 1963, to MacFarlane’s memorable moments with John Bassett, publisher of the Tely and one of Canada’s media icons. This is a compelling story of a classic “blue pencil,” “stop the presses” editor, an account which will take the reader back to a time when headlines were bold and brash, when newspapers really “got it first,” and readers clamoured for the latest edition.

Richard MacFarlane, the son of J. Douglas MacFarlane, conducted intensive research and interviews across Canada in preparation of Canada’s Newspaper Legend. He holds an M.A. from the University of Western Ontario and is married with one daughter.