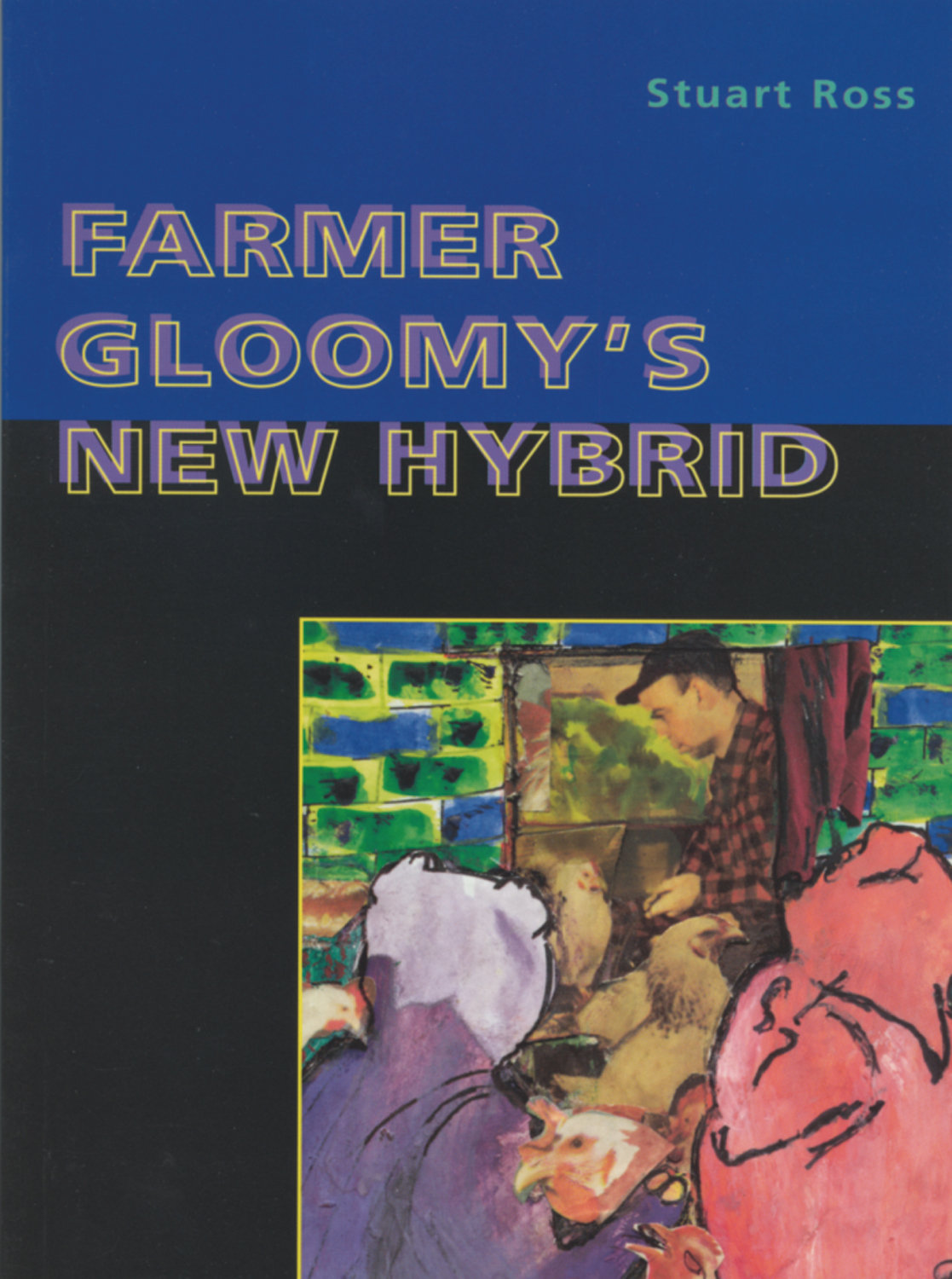 Hilarious, harrowing, and very, very strange: nobody does poetry like Stuart Ross. In this compelling and lively collection, the follow-up to 1996’s The Inspiration Cha-Cha, Stuart Ross hones his surrealistic pen to a sharp and dangerous point. The world of Farmer Gloomy’s New Hybrid is one of darkly comic transmutations, wild flights of paranoia, and even the occasional flash of pure bliss. With the same energy and unsettling humor that makes Ross such a popular live performer, every piece in this volume — whether it’s about an apocalypse at an abandoned drive-in cinema, a runaway shopping mall that seeks refuge in a small boy’s bedroom, a tourist in Central America who finds his fate in a bowl of murky soup, or a man who transforms into a cartoon mouse before a job interview — is both a provocation and an escalation. In pieces like the collection’s centrepiece, the long-poem “Sitting by the Judas Hole,” Ross continues to challenge our perceptions of everyday banalities. Always unique, always entertaining, no one in Canada writes poetry quite like Stuart Ross.

Born in Toronto in 1959, Stuart Ross is a small-press activist who has been writing and performing for nearly 25 years. He founded Proper Tales Press in 1979 to publish his own work and others’, and sold 7,000 copies of his books in the streets of Toronto during the 80s. Ross has edited several literary magazines, including Dwarf Puppets on Parade, Who Torched Rancho Diablo?, and the notorious Mondo Hunkamooga: A Journal of Small Press Stuff, which has explored and annoyed the literary underground since 1983. He is co-founder of the Toronto Small Press Book Fair and was coordinator from 1987 to 1989. A prolific writer/performer/collaborator, he is well known for his lively, challenging readings of fiction, poetry, and sound poetry. He has performed in Canada, Nicaragua, the U.S., and the U.K. The author of more than 30 books and chapbooks, Ross has also had his work published in journals such as Harper’s, This Magazine, Geist, Rampike, Bomb Threat Checklist, and Spudburn. Richard Huttel of Another Chicago Magazine has called Stuart Ross “one of North America’s most active and fiercely independent literary populists.”