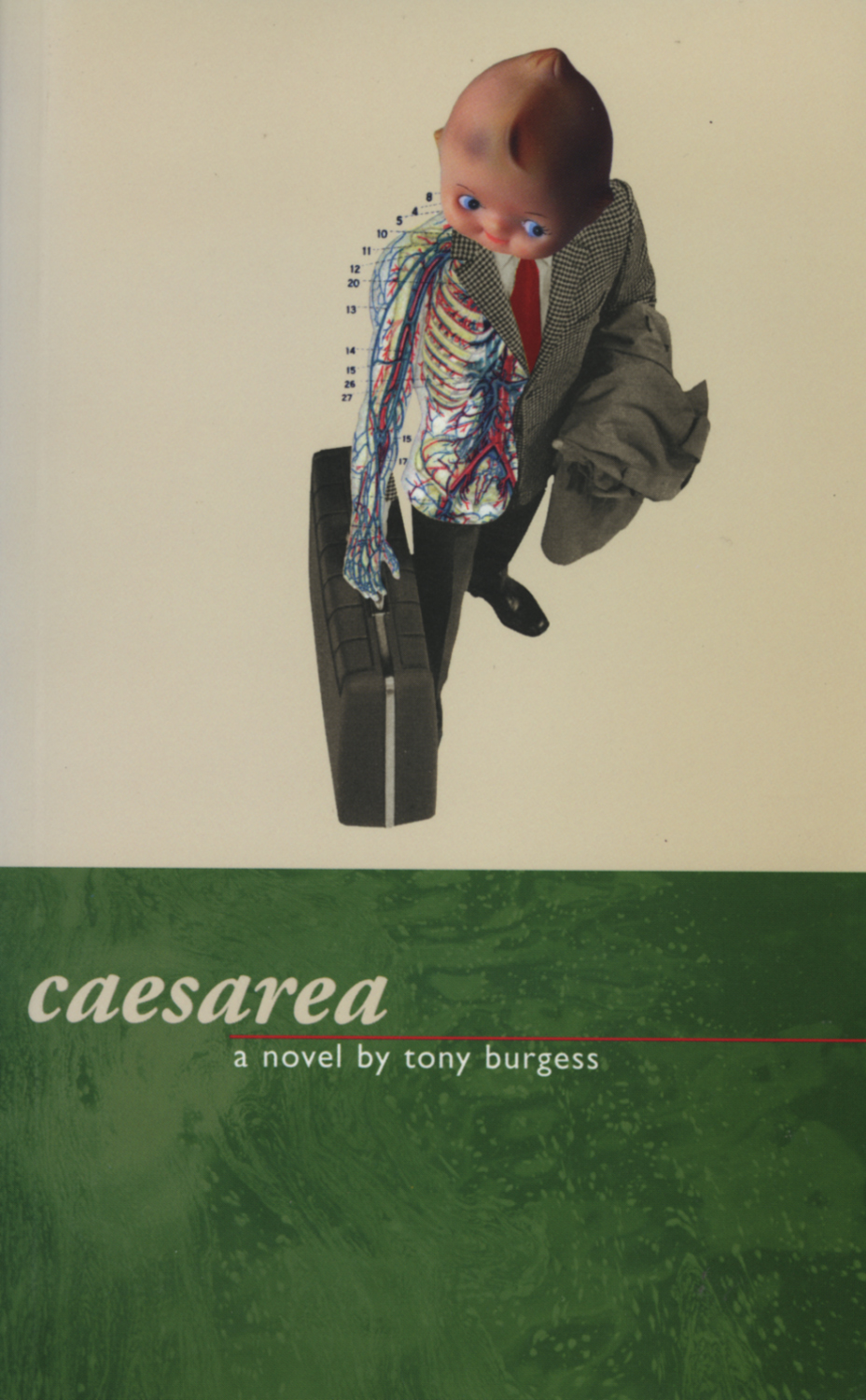 The Mayor of Caesarea has been working hard. Too hard. And yes, he looks tired. Very, very tired. With a little help from council he’s been trying to get everyone in town hooked up. But when you're talking water, when you’re talking sewage, interests conflict and tempers flare. And don’t overlook the fact that your deputy gleefully indulges in frequent micro-psychotic episodes. Or that your chairwoman believes her husband is controlling her thoughts. No, in Caesarea things are never quite what they appear. In fact, God only knows when the rest of the world will figure out how strange this town really is…The Mayor’s trying though, for you and all his other constituents.And so maybe the burden, the intensity, the heat of debate, has caused him to break into that sweat. But nothing explains the smell. Of course, this doesn’t necessarily mean that anyone is going to die…Or does it? Caesarea is the new novel from Tony Burgess. The third and final installment of the trilogy he began with The Hellmouths of Bewdley, and continued in Pontypool Changes Everything (the zombie tale that's soon to be a major motion picture by Bruce McDonald), Caesarea is about a town that can’t get to sleep at night. In Caesarea, everybody's embarrassed and nobody but Burgess is mentioning the mess. He's asking the questions the town doesn’t want answered. And the big question is: Who's been sleeping in your bed? You think you’re safe when you lock your front door, right? Not in Tony Burgess’s Caesarea. In this town you can never go home. Ever.

Tony Burgess is the author of The Hellmouths of Bewdley and Pontypool Changes Everything. Caesarea is his third novel, and the final installment of the Bewdley books. He was born and raised in Toronto. He began performing ideas in the late seventies and began writing them down in the early eighties. By the nineties he began organizing things into books. He is currently writing the screenplay for Pontypool Changes Everything which will soon be a film by Bruce McDonald (Dance Me Outside, Hard Core Logo).