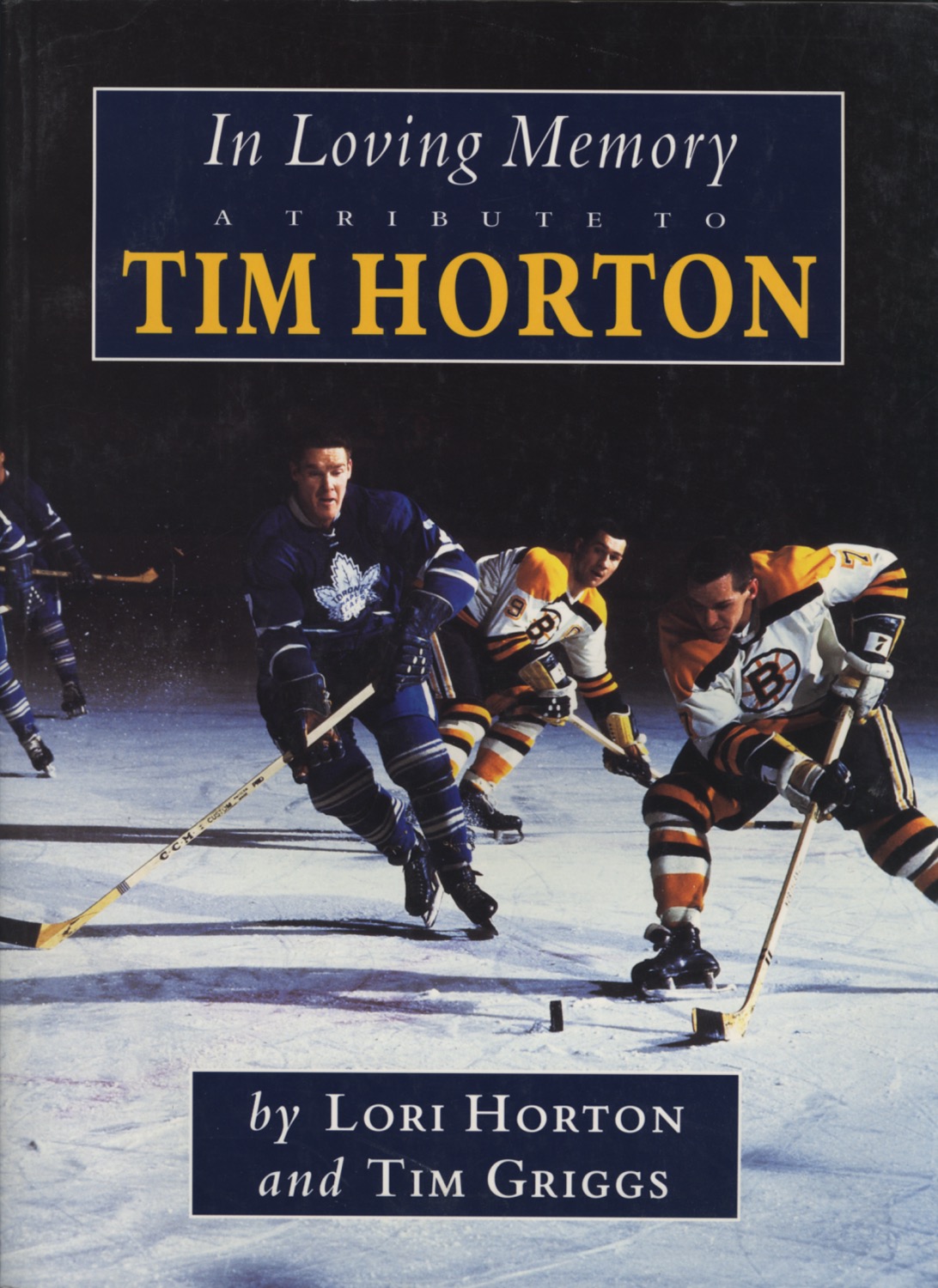 A Tribute to Tim Horton

When Tim Horton died tragically in a car accident in 1974 at age 44, he left behind a legacy of love, respect, and goodwill from everyone who knew him. In Loving Memory traces the life and career of the legendary NHL defenceman, from his humble beginnings in small-town northern Ontario, to junior stardom at St. Mike’s in Toronto, a Calder Cup championship with the AHL Pittsburgh Hornets, four Stanley Cups with the Toronto Maple Leafs, and a distinguished late career with the expansion Buffalo Sabres. This book features dozens of vintage photos of Tim — on the ice, in the locker room, and at home with his family — as well as rare memorabilia, letters, and documents, many of which have been preserved by Tim’s wife, Lori.

Tim Griggs is a freelance sportswriter and the godson of Tim Horton. Lori Horton is Tim Horton’s widow, and is active in various charitable organizations.