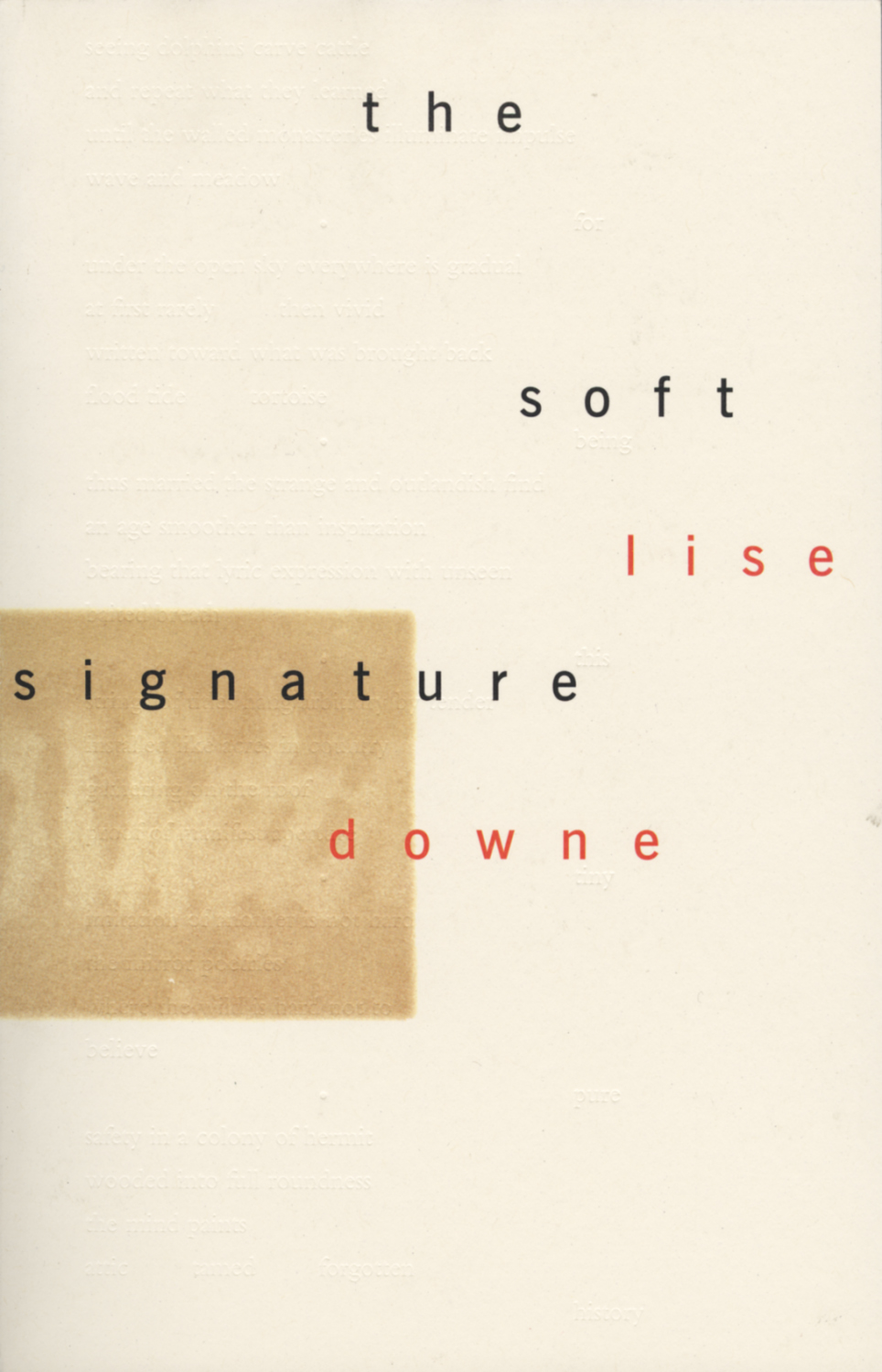 The Soft Signature is a place where multiple meanings are generated and evoked through the disruption of simple linear narrative and lyric sensibility. For Lise Downe, language is not simply “a means to an end.” Instead, its instability and unpredictability are encouraged and given a free hand: the effect is the creation of a “nowhere,” or alternate reality, that is as Canadian as Canada itself. In breathtaking poems like “Arranged Tributaries,” Downe proves herself the consummate literary scientist: the imagination’s cartographer, geologist, meteorologist, and historian. Ultimately, The Soft Signature documents a natural history of culture and communication, momentarily stabilizing the perpetually shifting sands upon which all such institutions are built.

Lise Downe resides in Toronto where she has bound books for Coach House Press. Recently, she has been working with metal and stone instead of paper, designing and making her own jewellery. Her first book, A Velvet Increase of Curiosity, was published to critical acclaim by ECW in 1993. The Soft Signature reaffirms and focuses the linguistic and lyric intensity of Downe’s debut collection, and established her as one of the most unique and provocative new voices in Canadian poetry.