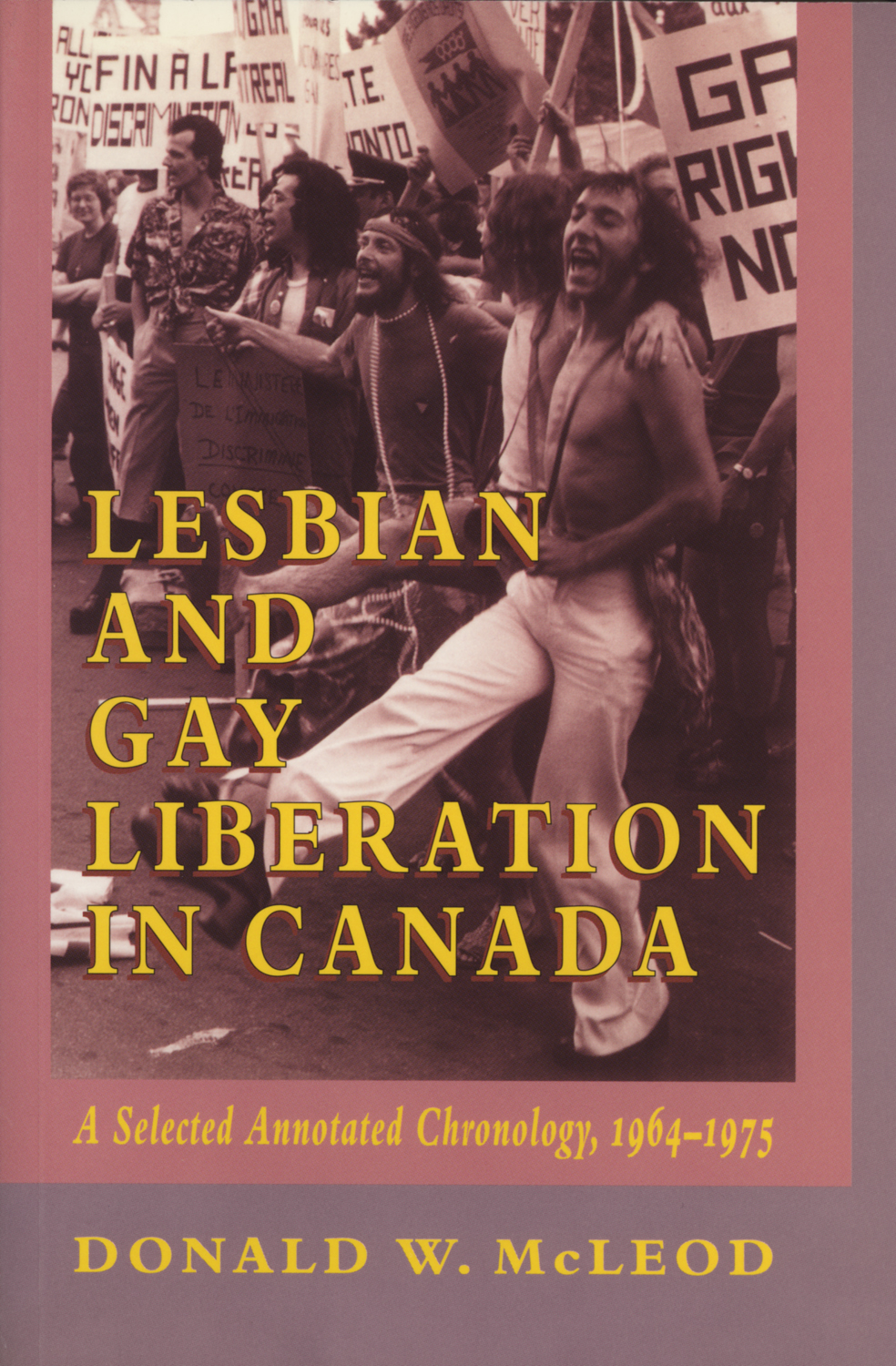 Lesbian and Gay Liberation in Canada

This authoritative reference guide covers the first twelve years of the organized homophile/gay liberation movement in Canada, from 1964 (when the Association for Social Knowledge [ASK], Canada's first large-scale homophile organization, was formed in Vancouver) through 1975 (the year of the founding of the National Gay Rights Coalition/Coalition nationale pour les droits des homosexuels [NGRC/CNDH], the first truly national coalition of Canadian lesbian and gay groups). Each entry in the chronology is combined with a brief bibliography of sources. Coverage is selective and focusses on self-declared lesbians and gay men and their activities in regard to the forging of lesbian and gay communities and liberation in Canada. Special attention has been given to important demonstrations, political action and lobbying, and legal reform. In addition, artistic and cultural contributions with significant lesbian or gay content are included, such as books, dramatic productions, films, etc. Three appendices provide supplementary information on lesbian and gay organizations, periodicals, and bars and clubs.