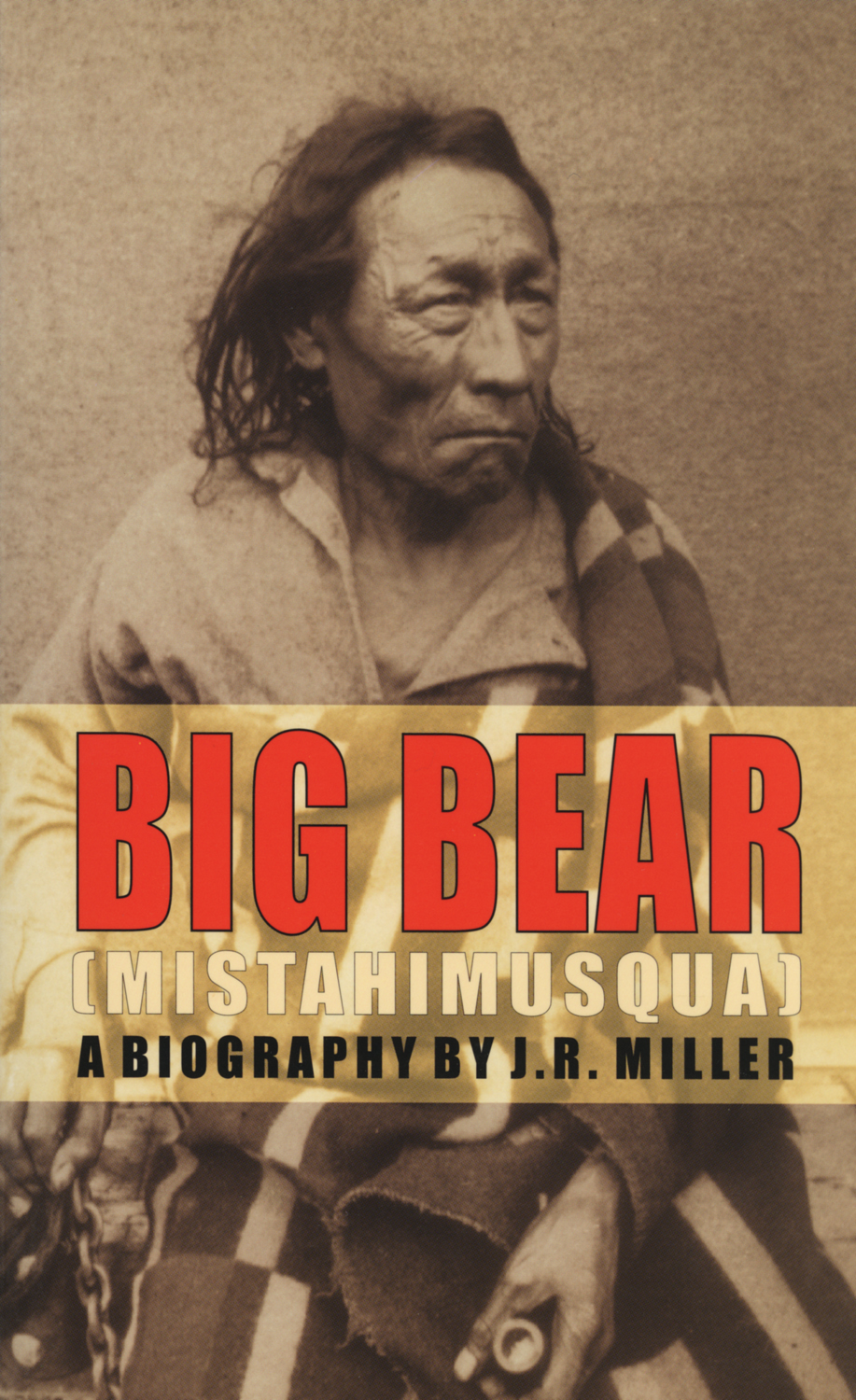 Big Bear, chief of a Plains Cree community in western Canada in the late nineteenth century, was a transitional figure between the height of Plains Indian culture and the modern era. During the 1870s and early 1880s, Big Bear became the focal point of opposition for Cree and Saulteaux bands that did not wish to make treaty with Canada. During the early 1880s, he spearheaded a Plains diplomatic movement to renegotiate the treaties in favour of the Aboriginal groups whose way of life had been devastated by the disappearance of the buffalo. Although Big Bear personally favoured peaceful protest, violent acts by some of his followers during the Northwest Rebellion of 1885 provided the federal government with the opportunity to crush him by prosecuting him for treason-felony. Big Bear died in 1888, after serving part of his sentence in penitentiary.

J.R. (Jim) Miller teaches Canadian history at the University of Saskatchewan. He is a specialist in the history of relations between Native peoples and Euro-Canadians in Canada.