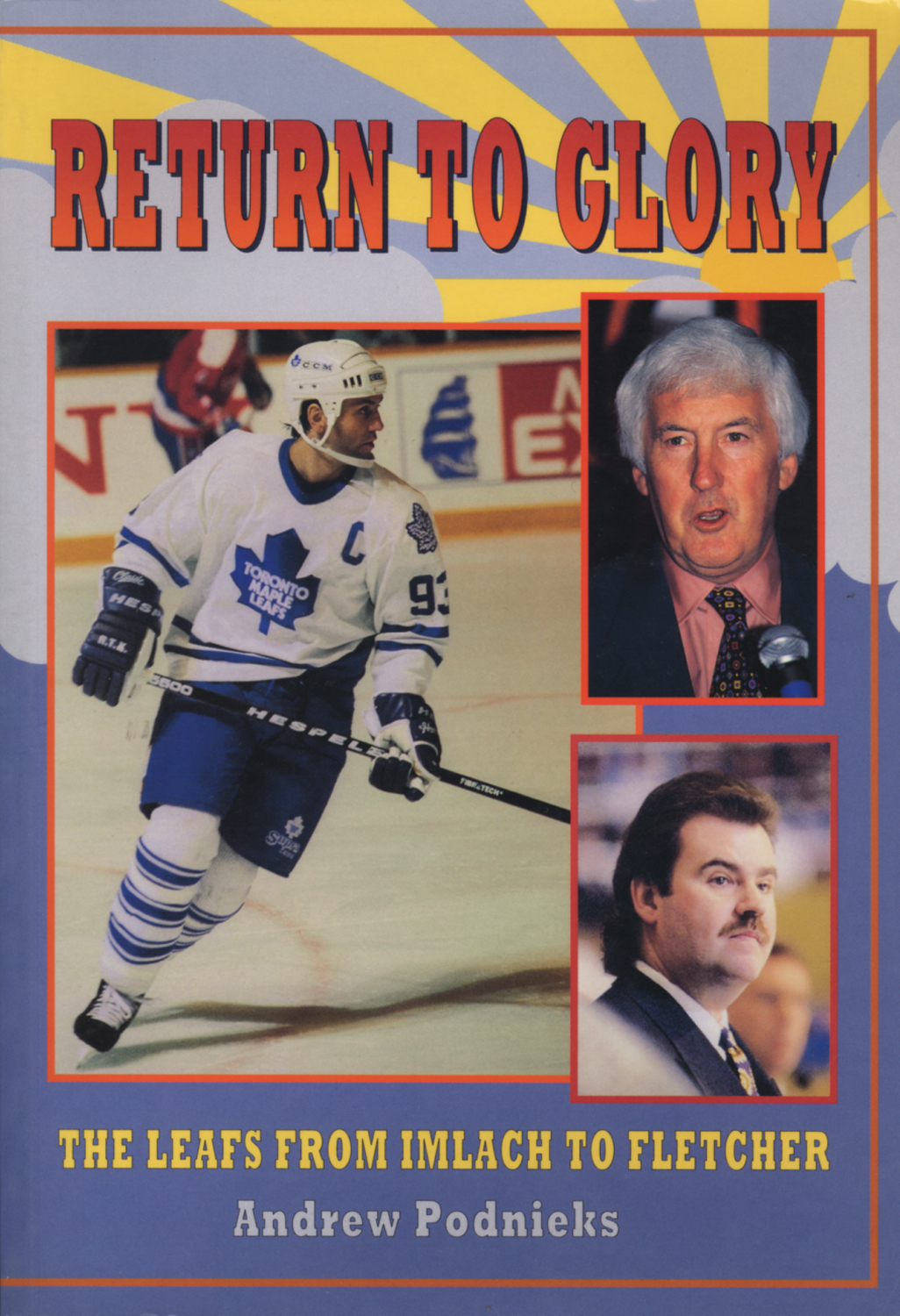 The Leafs from Imlach to Fletcher

Remember the glory days of the Maple Leafs? Imlach, Keon, Mahovlich, Bower? But after their Stanley Cup victories in the 1960s, the Leafs fell quickly and became a laughing-stock for hockey fans. Through the 1970s and 1980s, the Leafs were an awful hockey team. But then Harold Ballard died, Cliff Fletcher became the new president, and with the addition of Pat Burns and Doug Gilmour the 1990s Leafs re-emerged to their former glory. The fall and rise of the Toronto Maple Leafs is chronicled by Andrew Podnieks, supported by rarely seen photos and unusual statistical data. A great book for every Leaf fan.