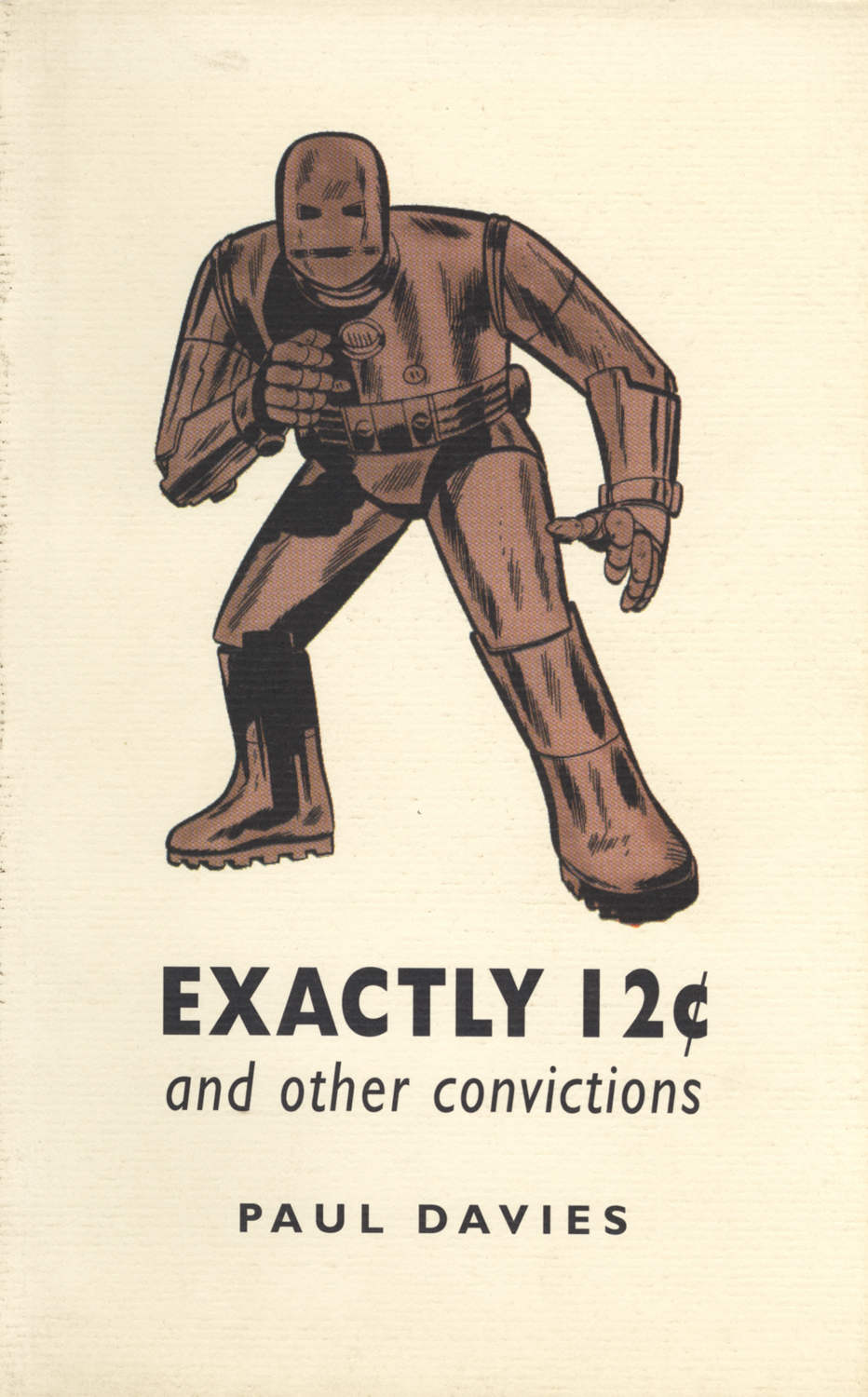 Exactly Twelve Cents and Other Convictions

This is a book of observation and comment about comic books—in particular the Marvel hero comics of the early 1960s—and the influence those stories and drawings had on the lives of the young people that grew up with them. The topic is not brought under hard analysis: the comics were originally written for entertainment, and the author's views on them in turn are offered through conversational letters, addressed to two of the founders of the art-form at Marvel.

Paul Davies lives in the town of Oakville, nearby Toronto, Ontario, where he works as a commercial artist.