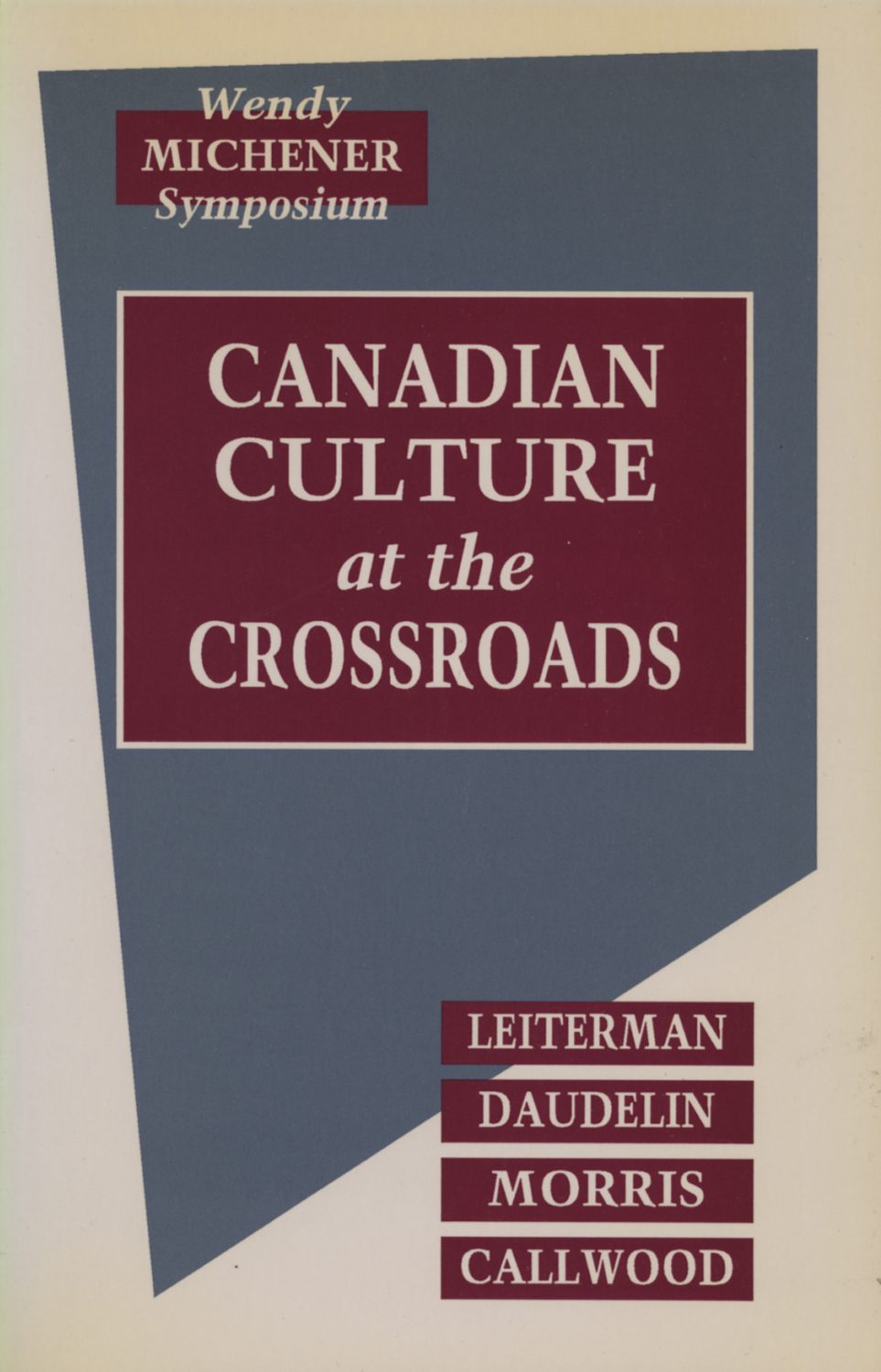 Canadian Culture at the Crossroads

Film, Television and the Medias in the 1960s

In Canada, as elsewhere, the sixties were exciting and turbulent years. Socially, politically, and culturally, the decade was a watershed, heralding an unprecedented blossoming of the arts in Canada, coupled with the rise of cultural nationalism in Quebec, the onslaught of the “media revolution,” and the advent of the feminist movement. These issues are the focus of the first annual Wendy Michener Symposium: four provocative lectures and lively debate, moderated by Mavor Moore. In this collection of talks, Douglas Leiterman, Robert Daudelin, Peter Morris, and keynote speaker June Callwood offer a fresh look, rich in wit, hindsight, and personal experience, at topics that remain as relevant today as they were in the 1960s.

The Wendy Michener Symposium was established at York University in 1987 in honour of writer/broadcaster Wendy Roland Michener, whose career during the sixties marked her as one of Canada’s foremost cultural critics. Douglas Leiterman, Robert Daudelin, Peter Morris, and June Callwood are lecturers who have spoken at the Symposium.