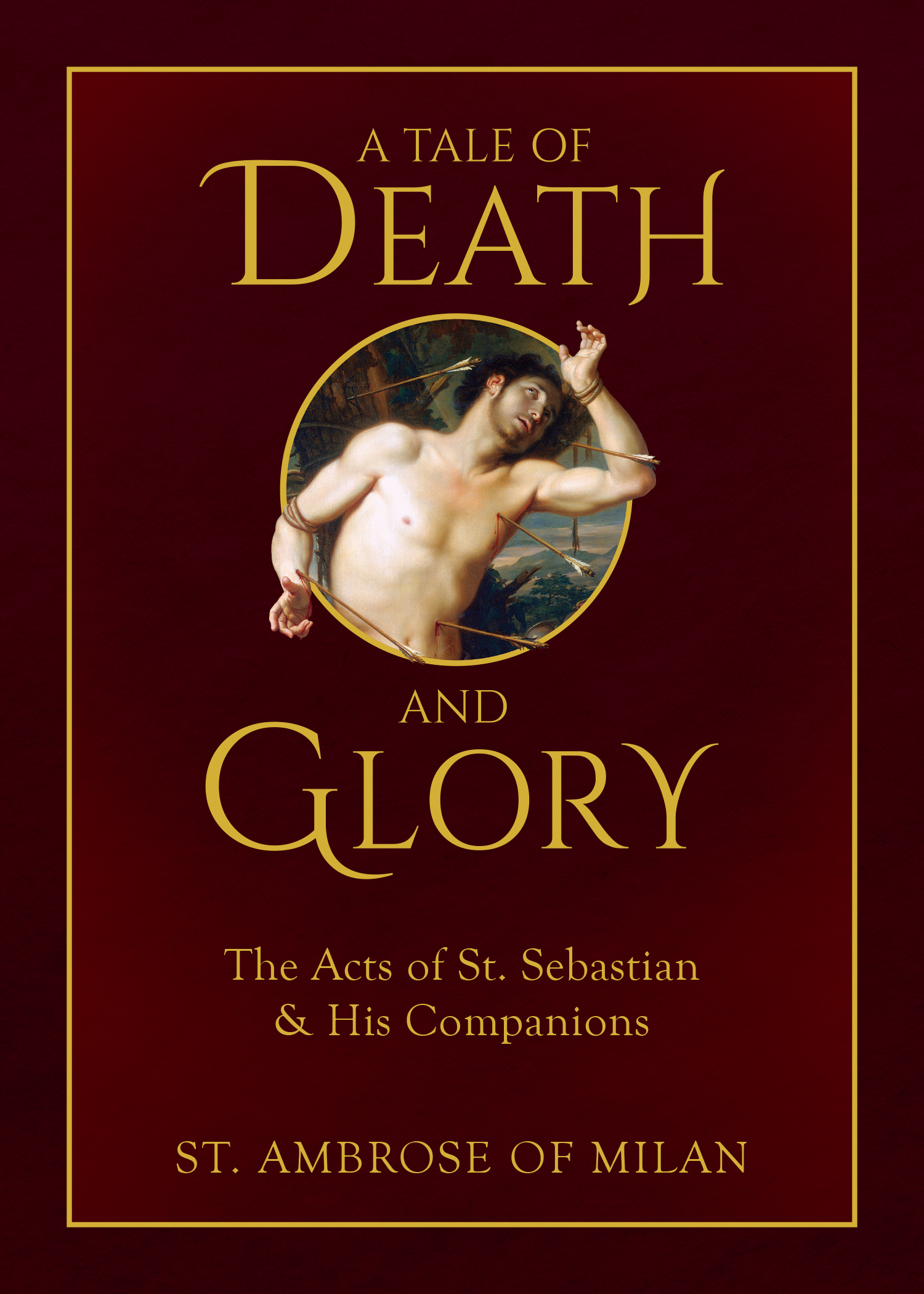 A Tale of Death and Glory

The Acts of St. Sebastian and His Companions

Throughout the Church's history, countless martyrs have offered their lives to Christ rather than deny Him. One of the most revered is Saint Sebastian, and for this, his name appears in the Roman Canon. A native of Milan, Saint Sebastian was the primus pilus, the senior centurion of elite soldiers in the Roman army who commanded eight hundred of the best soldiers in the world's greatest military at the time. Taking the same ethic for the spiritual battle as he did for the empire's battles, Saint Sebastian worked tirelessly and inconspicuously to strengthen other Christians, especially during the cruel persecutions and martyrdoms of the third century.

The heroic examples of Saint Sebastian and his companions inspired others to follow the Lamb of God, even to the point of death, giving their lives as holocausts to the one, true living God rather than worship devils. It is only fitting that another great saint from Milan, Saint Ambrose, detailed the courage and fidelity of these brave soldiers. A Tale of Death and Glory will compel you to stay firm in your faith amidst the growing threats of persecution from secular authorities and to seek heaven with renewed vigor, for “this earthly life passes quickly, like a fleeting dream.”

St. Ambrose of Milan was a fourth-century bishop and doctor of the Church. He was well versed in law, literature, and rhetoric. At one point, he was governor before becoming Bishop of Milan in 374. His most famous convert and pupil was St. Augustine of Hippo. He was also known for his great charity to the poor as he gave away all of his property and money. He fought against Arianism and his work on St. Sebastian presented here testifies to his great devotion for his hometown martyr.