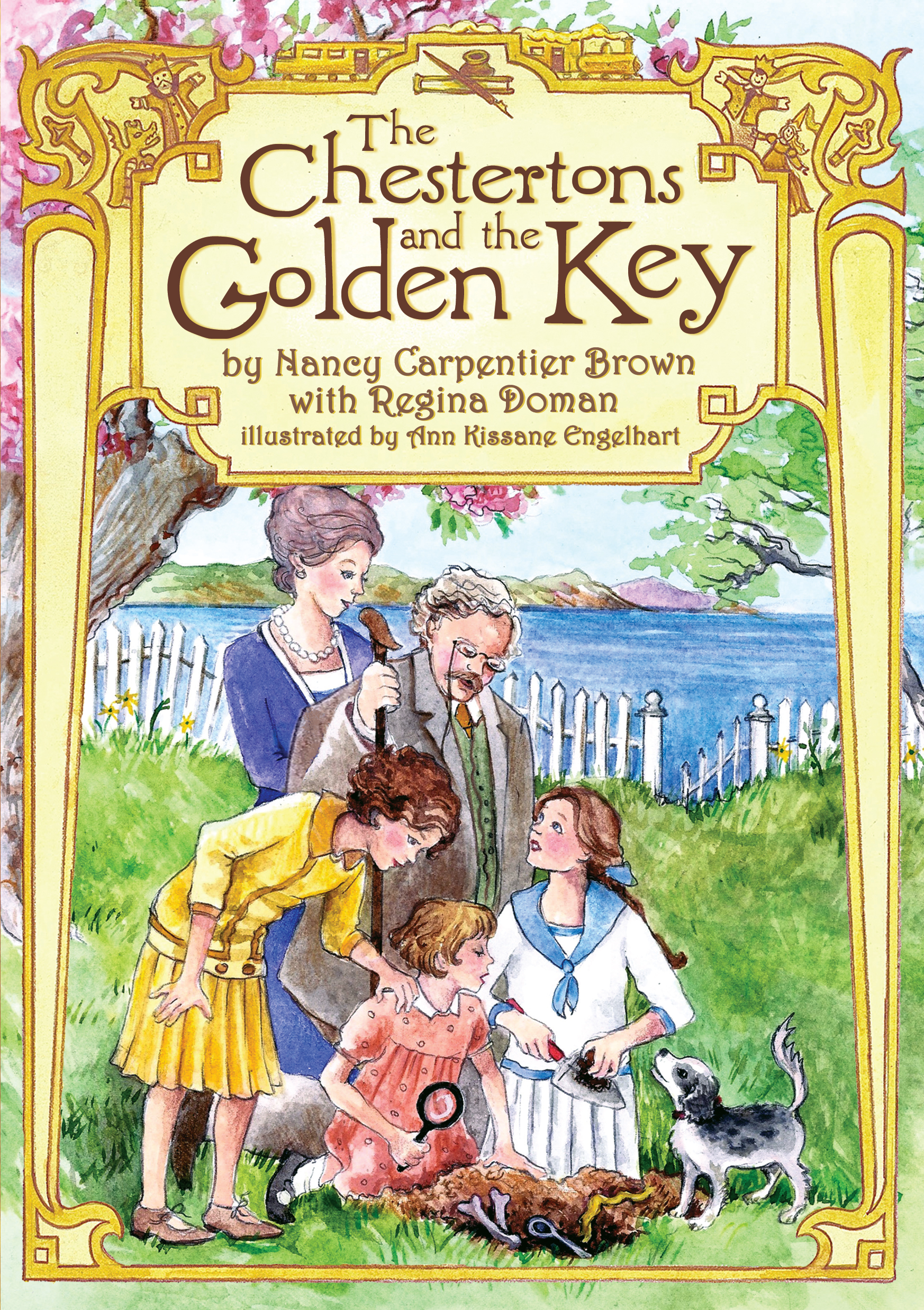 The Chestertons and the Golden Key

Summer vacation turns into an adventure for the three Nicholl sisters when Mr. Gilbert Chesterton and his wife come to town. Eleven-year-old Clare hopes to write a detective story. Eight-year-old Cece wants to be a champion roller-skater. And ten-year-old Joan just wants to learn how to play the locked piano in the family living room. But as they befriend the Chestertons, skating accidents, surprising friendships, puppet shows, and mystery solving ensue!

Nancy Carpentier Brown is the wife of artist Michael Brown, and mother of two amazing young women. She became interested in the life of Frances Chesterton as she read biographies of G.K. Chesterton, and recognized in Frances a kindred spirit. Brown wanted to know more about the woman who was Mrs. G.K. Chesterton, and found that there was a dearth of information about her life. And so she took it upon herself to remedy that, and this book was born.

Brown is the author of numerous Chestertonian titles, including: The Father Brown Reader: Stories from Chesterton, The Father Brown Reader II: More Stories from Chesterton, Chesterton's The Blue Cross: Study Edition and A Study Guide for G. K. Chesterton's St. Francis of Assisi; The Mystery of Harry Potter: A Catholic Family Guide; How Far Is It To Bethlehem: The Plays and Poetry of Frances Chesterton; The Children's Crusade; Faith & Fable: A Masque, The Three Kings: A Play for Christmas.

Brown is the winner of the Kilby Research Grant for her work on Frances A. Chesterton. She is a regular contributor to Gilbert, and has had articles, chapters, and poems published in many other magazines and books