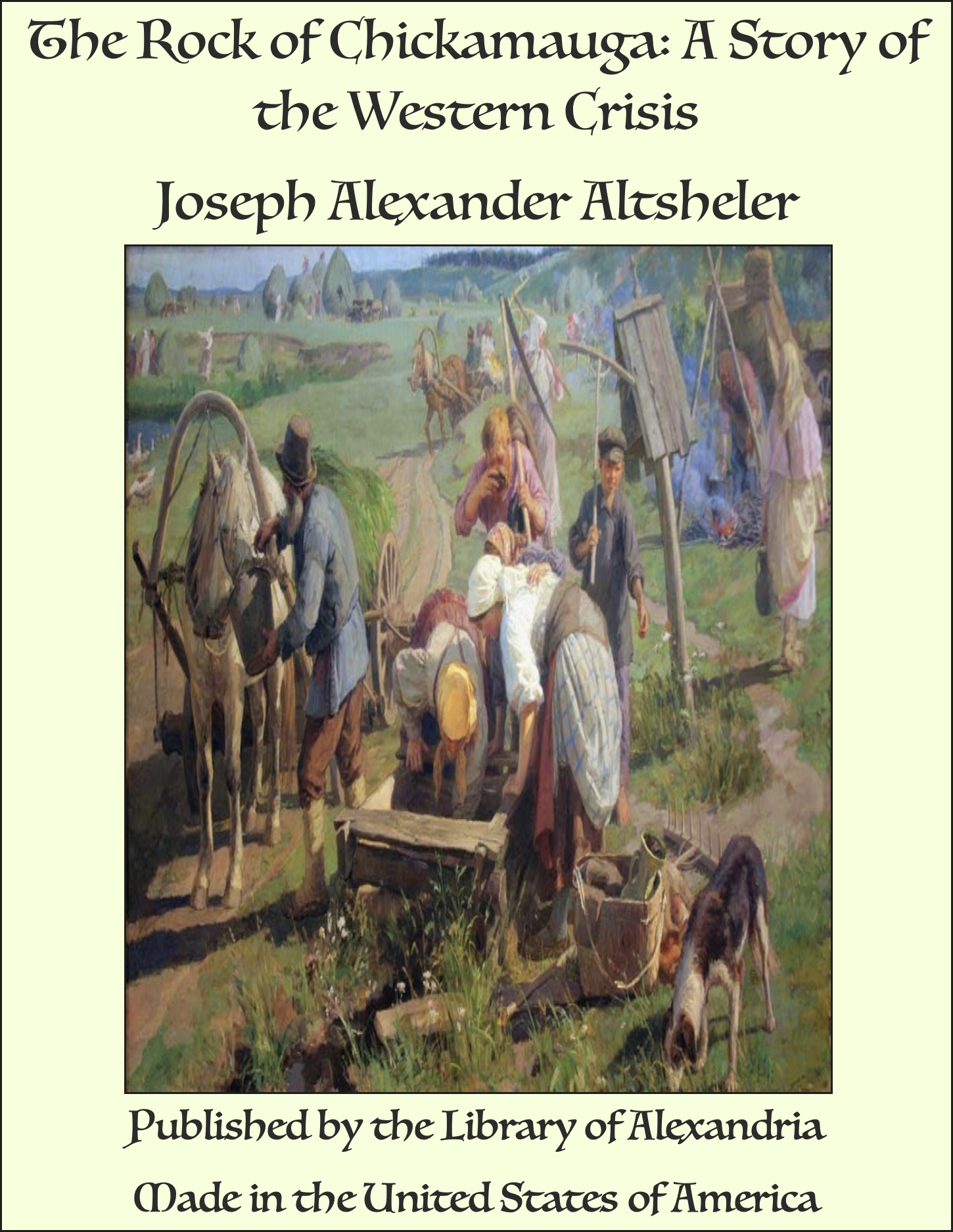 The Rock of Chickamauga: A Story of the Western Crisis

You have the keenest eyes in the troop. Can you see anything ahead? asked Colonel Winchester. "Nothing living, sir," replied Dick Mason, as he swept his powerful glasses in a half-curve. "There are hills on the right and in the center, covered with thick, green forest, and on the left, where the land lies low, the forest is thick and green too, although I think I catch a flash of water in it." "That should be the little river of which our map tells. And you, Warner, what do your eyes tell you?" "The same tale they tell to Dick, sir. It looks to me like a wilderness." "And so it is. It's a low-lying region of vast forests and thickets, of slow deep rivers and creeks, and of lagoons and bayous. If Northern troops want to be ambushed they couldn't come to a finer place for it. Forrest and five thousand of his wild riders might hide within rifle shot of us in this endless mass of vegetation. And so, my lads, it behooves us to be cautious with a very great caution. You will recall how we got cut up by Forrest in the Shiloh time." "I do, sir," said Dick and he shuddered as he recalled those terrible moments. "This is Mississippi, isn't it?" Colonel Winchester took a small map from his pocket, and, unfolding it, examined it with minute care. "If this is right, and I'm sure it is," he replied, "we're far down in Mississippi in the sunken regions that border the sluggish tributaries of the Father of Waters. The vegetation is magnificent, but for a home give me higher ground, Dick." "Me too, sir," said Warner. "The finest state in this Union is Vermont. I like to live on firm soil, even if it isn't so fertile, and I like to see the clear, pure water running everywhere, brooks and rivers." "I'll admit that Vermont is a good state for two months in the year," said Dick. "Why not the other ten?" "Because then it's frozen up, solid and hard, so I've heard." The other boys laughed and kept up their chaff, but Colonel Winchester rode soberly ahead. Behind him trailed the Winchester regiment, now reorganized and mounted. Fresh troops had come from Kentucky, and fragments of old regiments practically destroyed at Perryville and Stone River had been joined to it. It was a splendid body of men, but of those who had gone to Shiloh only about two hundred remained. The great conflicts of the West, and the minor battles had accounted for the others. But it was perhaps one of the reliefs of the Civil War that it gave the lads who fought it little time to think of those who fell. Four years crowded with battles, great and small, sieges and marches absorbed their whole attention. Now two men, the dreaded Forrest and fierce little Joe Wheeler, occupied the minds of Winchester and his officers. It was impossible to keep track of these wild horsemen here in their own section. They had a habit of appearing two or three hundred miles from the place at which they were expected. But the young lieutenants while they watched too for their redoubtable foes had an eye also for the country. It was a new kind of region for all of them. The feet of their horses sank deep in the soft black soil, and there was often a sound of many splashings as the regiment rode across a wide, muddy brook. Dick noted with interest the magnolias and the live oaks, and the great stalks of the sunflower. Here in this Southern state, which bathed its feet in the warm waters of the Gulf, spring was already far along, although snows still lingered in the North. The vegetation was extravagant in its luxuriance and splendor. The enormous forest was broken by openings like prairies, and in every one of them the grass grew thick and tall, interspersed with sunflowers and blossoming wild plants. Through the woods ran vast networks of vines, and birds of brilliant plumage chattered in the trees.