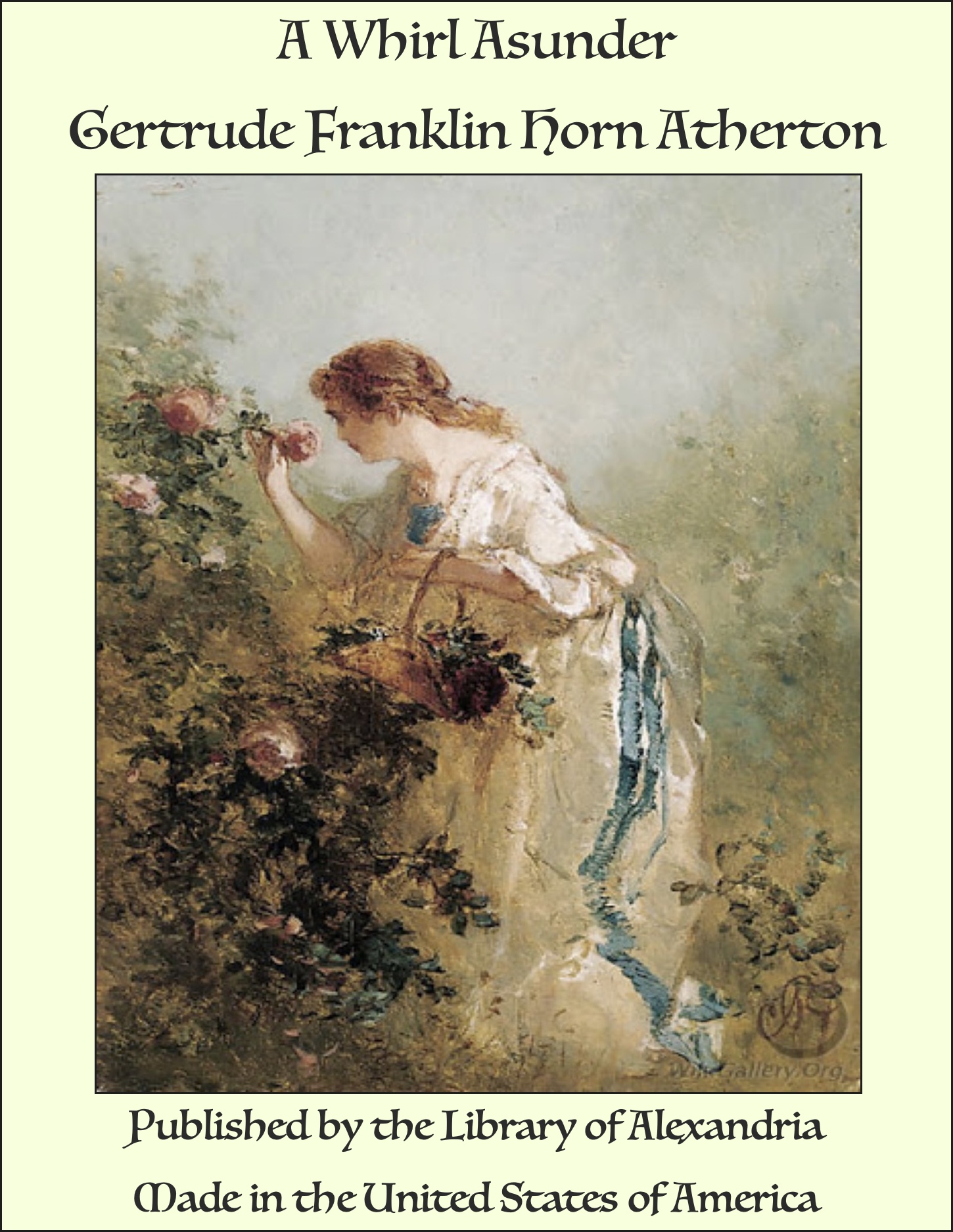 As the train stopped for the sixth time, Clive descended abruptly. “I think I’ll walk the rest of the way,” he said to the conductor. “Just look after my portmanteau, will you? and see that it is left at Yorba with my boxes.” “O. K.”, said the man. “But you must like walking.” Clive had spent seven days on the ocean, three in the furious energy of New York, and six on a transcontinental train, whose discomforts made him wonder if he had a moral right to enter the embarrassing state of matrimony with a temper hopelessly soured. As he had come to California to marry, and as his betrothed was at a hotel in the northern redwoods, he did not pause for rest in San Francisco; he left, two hours after his arrival, on a narrow guage train, which dashed down precipitous mountain slopes, shot, rocking from side to side, about curves on a road so narrow that the brush scraped the windows, or the eye looked down into the blackness of a cañon, five hundred feet below; raced shrieking across trestles which seemed to swing midway between heaven and earth; only to slacken, with protesting snort and jerk, when climbing to some dizzier height. Clive had stood for an hour on the platform, fascinated by the danger and the bleak solemnity of the forests, whose rigid trunks and short stiffly pointed arms looked as if they had not quivered since time began. But he felt that he had had enough, moreover that he had not drawn an uncompanioned breath since he left England. If he was not possessed by the graceful impatience of the lover, he reminded himself that he was tired and nervous, and had been obliged to go dirty for six days, enough to knock the romance out of any man; the ubiquitous human animal had talked incessantly for sixteen days, and his legs ached for want of stretching. A twisted old man with a sharp eye, a rusty beard depending aimlessly from a thin tobacco-stained mouth, limped across the platform, rolling a flag. Clive asked him if he could get to the Yorba hotel on foot.