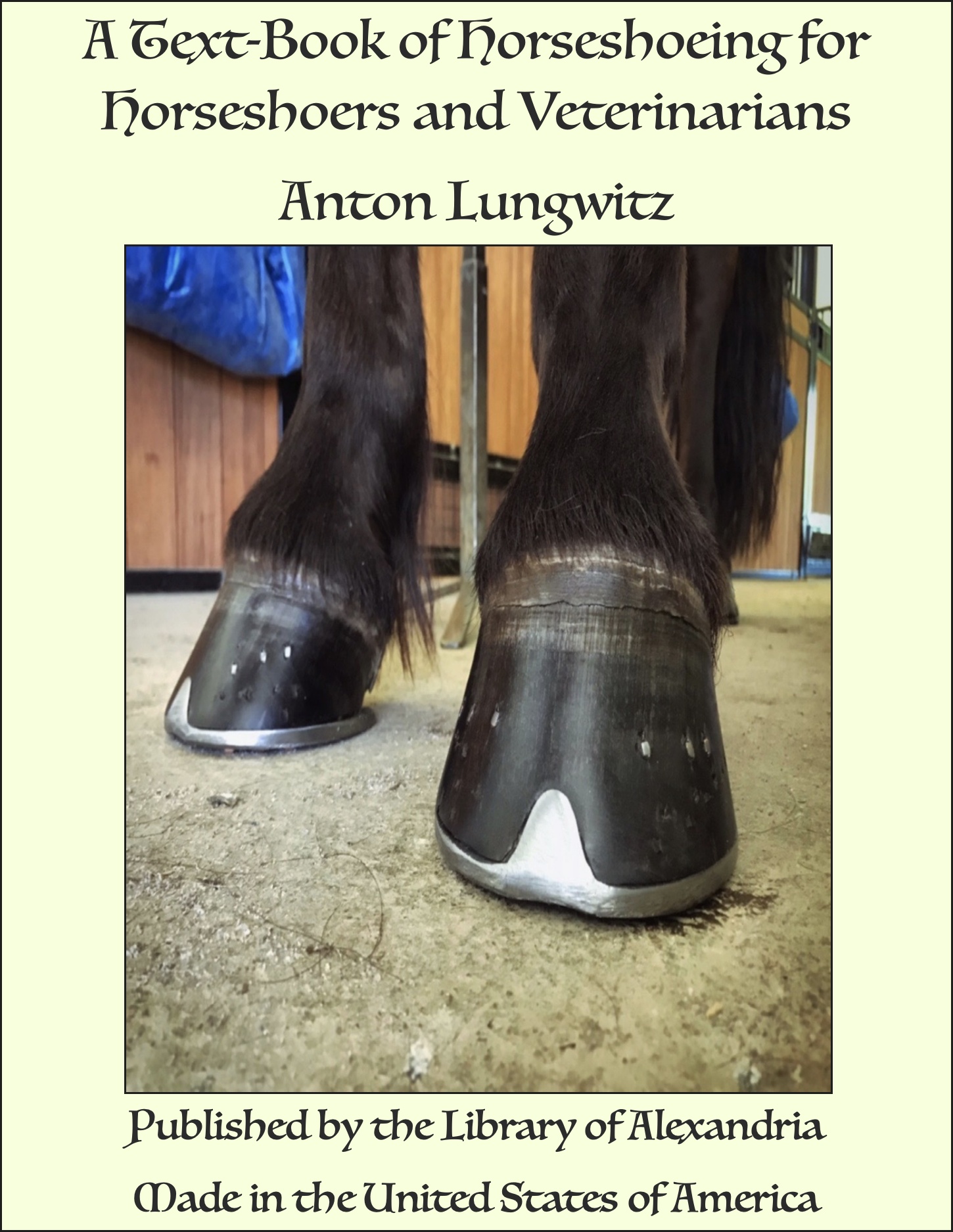 A Text-Book of Horseshoeing for Horseshoers and Veterinarians

Horseshoeing, though apparently simple, involves many difficulties, owing to the fact that the hoof is not an unchanging body, but varies much with respect to form, growth, quality, and elasticity. Furthermore, there are such great differences in the character of ground-surfaces and in the nature of horses’ work that shoeing which is not performed with great ability and care induces disease and makes horses lame. In view of these facts, a thorough training of the young horseshoer in the principles and practice of his trade is not only greatly to be desired, but is really essential to success; unreasoning work does as much harm in this as in any other vocation. A good common-school education is necessary (more will do no harm). Further requisites are a healthy body, not too tall, liking for the work, aptness, an active, reasoning mind, fearlessness, dexterity, a good eye for proportion, and, finally, careful selection of a master-instructor. Theoretically educated, practically experienced and approved masters, in whose shops all kinds of horses are shod, are to be preferred. During his term of apprenticeship the young apprentice should learn to make drawings of horseshoes, of tools of the trade, and of hoofs of various forms, and should also make one or more model shoes as an indication of his ability. After completing his time he should seek a position in a first-class shop, either at home or abroad. A visit to foreign lands will widen one’s mental horizon and make him a broader, abler man in every respect. Later, opportunity will be given to some (in Germany) to join the cavalry, and thus acquire a good education in shoeing under the patronage of the government. Finally, a course of instruction in a school of horseshoeing will convert an already practical and intelligent horseshoer into a thoughtful, capable, expert workman. The scope of horseshoeing is by no means so narrow and insignificant as it may appear, and since a knowledge of the anatomy and physiology of the horse’s body in general, and of the foot in particular, is necessary, it is evident that the schools of horseshoeing in which one can get the best instruction are those in which there is not only a regularly graded course of instruction, with demonstrations upon dissected material and upon living horses, but also an abundance of daily work at the forge and on the floor in the shoeing of horses. A course of four to six weeks is not sufficient.