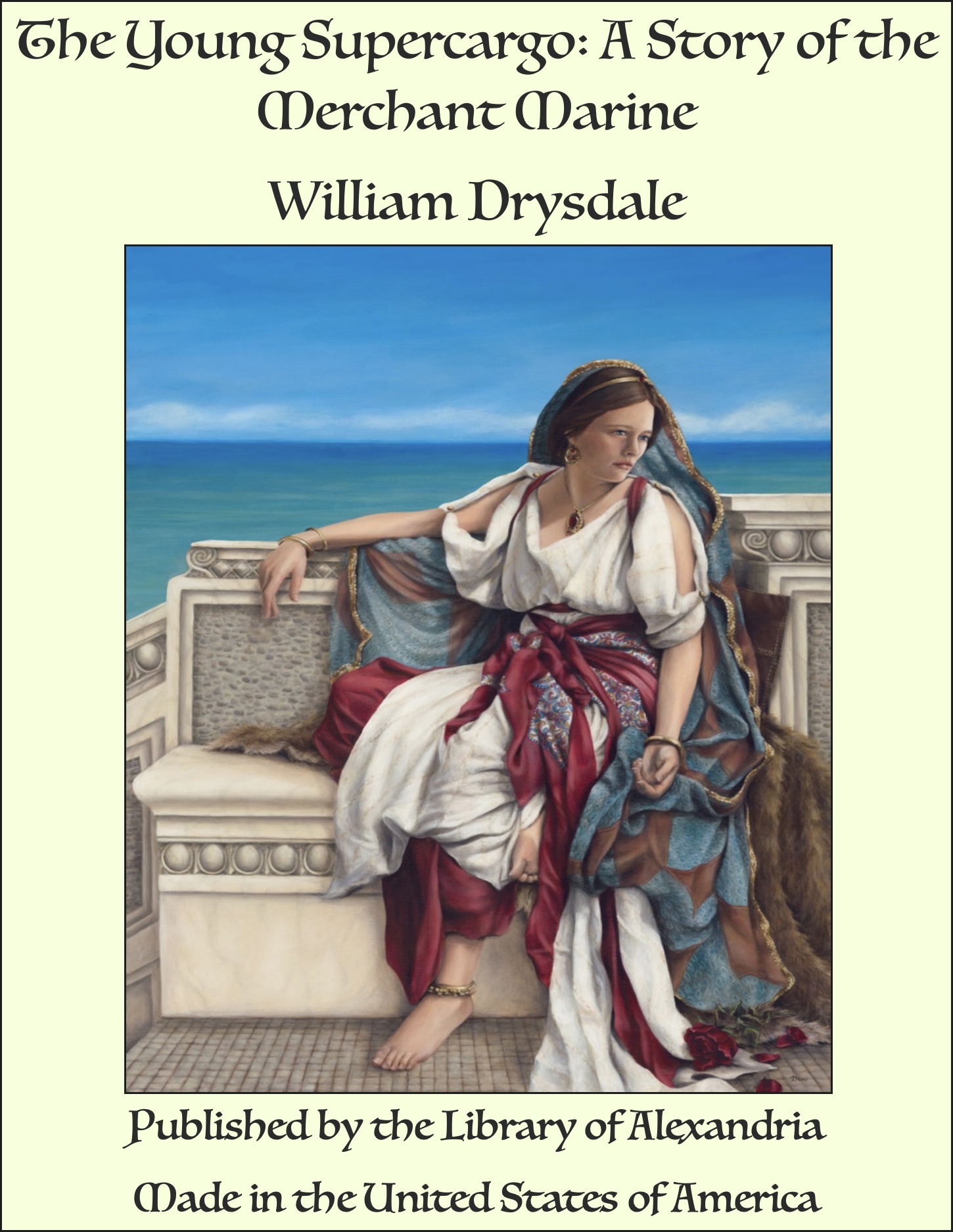 The Young Supercargo: A Story of the Merchant Marine

A BIG black steamship lay beside the wharf in front of Martin’s Stores, in Brooklyn. The cold November night was so dark that from the brick warehouse, a hundred feet away, hardly anything could be seen of her but the lantern that swung in her rigging, a faint light that shone through her cabin portholes, and occasionally one of her tall top-masts standing out against the pale moon that tried with little success to show itself between the scudding clouds. It was bitterly cold, for November; and a stiff wind from the northeast was driving the black clouds seaward at the rate of thirty or forty miles an hour. The steamer was the North Cape, arrived the week before from Sisal, in Yucatan, with a cargo of hemp in bales. Though everything was dark and quiet about her on that wintry night, evidences of hard work in unloading lay all around. The bales had been taken out of her hold faster than the warehousemen could trundle them into the building, and the hundred feet of space between wharf and warehouse was littered with them. Some were piled up in tiers, and others lay scattered about in confusion. That open space between the warehouse and the harbor was well sheltered from the cutting wind; and patrolman McSweeny, of the Brooklyn police, with ears and fingers tingling found it a warm corner, and made more frequent visits to it than his duty really required. If he had gone into one of the neighboring coffee-houses to warm himself, he might have been caught by the roundsman and fined; but in going through the brick archway under the building and prowling among the goods on the wharf in search of tramps or thieves he was strictly obeying orders. So on the cold November night he paid particular attention to the wharf of Martin’s Stores, and visited it so often that no burglar in the neighborhood would have had the least chance. Patrolman McSweeny had been a Brooklyn policeman long enough to understand all the favorite police ways of stirring out homeless tramps who are so desperately wicked as to go to sleep in the warmest corner they can find. Among such goods as bales of hemp, for instance, he took his long nightclub and jabbed it into all the dark spaces that were wide enough for a boy or man to squeeze into. That way, he found, was certain to produce results, if anybody was there. Either the soft feeling at the end of the club told him that he had found a victim, or the vigor with which he poked it made the victim cry out with pain.