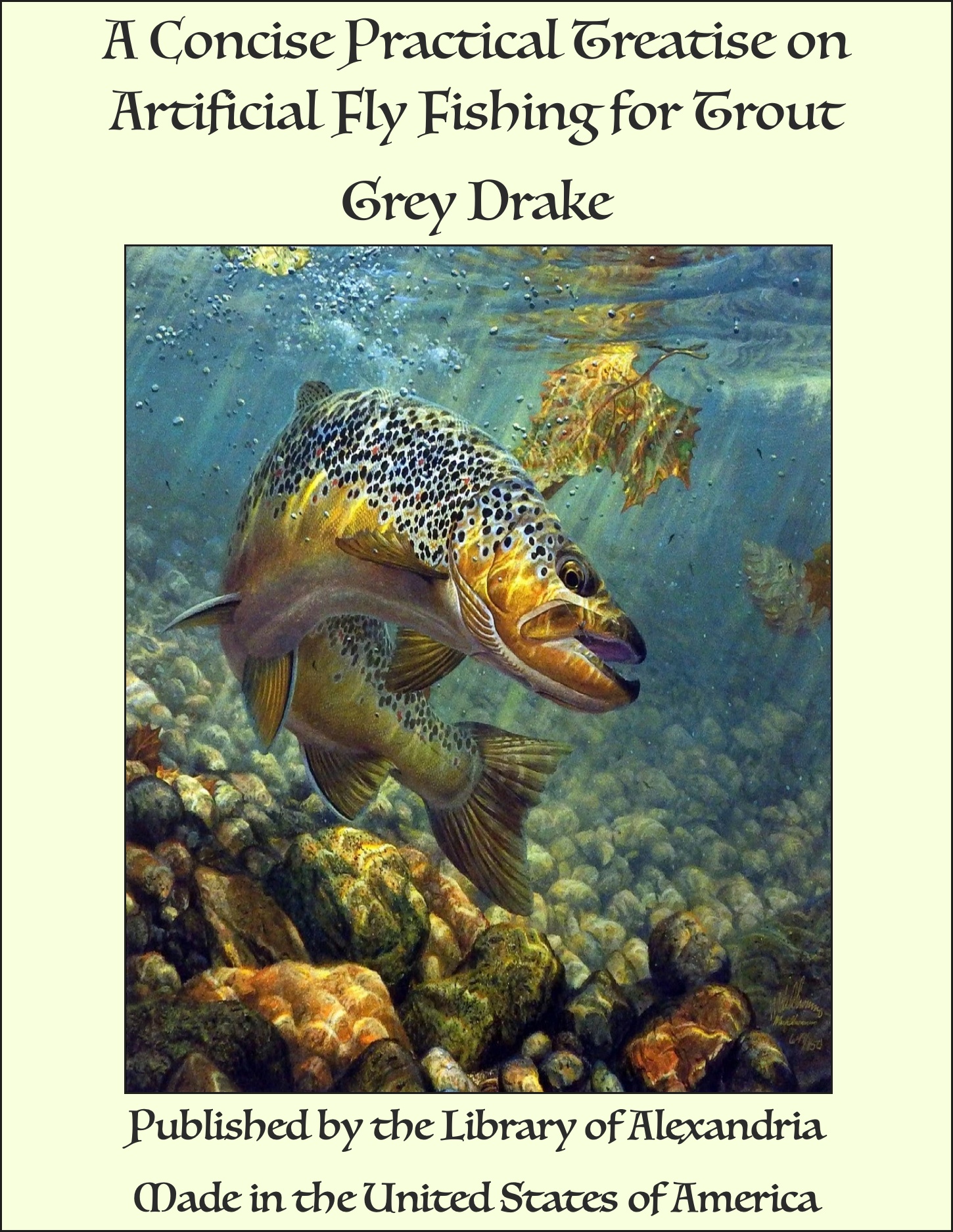 A Concise Practical Treatise on Artificial Fly Fishing for Trout

Experience has taught me the fallacy of the common notion, that trout are finished entomologists, and will reject all flies not actually on the water, and even all flies in imitation of those actually on the water, unless the shape and size be exact, and the colour correct to a shade! The fact is, that when in the humour to take the fly, trout will take freely all sorts of insects that come in their way, from the May bug and grasshopper to the black gnat, and when feeding on insects they are not nice as to the kind, shape or colour of the insect presented to them. At the commencement of my piscatory career I was as fastidious as I imagined the fish to be, and I so continued until experience convinced me of my error. I once met with a clergyman fishing, who cast his fly clumsily. He kept pretty well out of sight of the fish, but when his fly reached the water a large portion of the line accompanied it, making a splash, and frightening away the fish. He had a book full of all sorts of well-made flies, which he constantly changed, but got no rises. A labouring countryman was following him at the distance of about a quarter of a mile, fishing with clumsy tackle, with which, by the skilful casting of his fly, he repeatedly took good-sized fish, to the great astonishment of the clergyman, who attributed his own want of success, not to his want of skill, but to his not using the right fly. “Will you permit me,” said he to the countryman, “to look at your fly?”—“By all means,” said he. “I am just about to put on another;” and, taking out his knife, he cut off a small piece of his black velveteen jacket, and stuck it on his hook, thus making what he called a black hackle! With that rude imitation he had caught all his fish; thus demonstrating that skill in the use of the artificial fly, however rudely made, will succeed, where the best imitations, clumsily used, will fail.