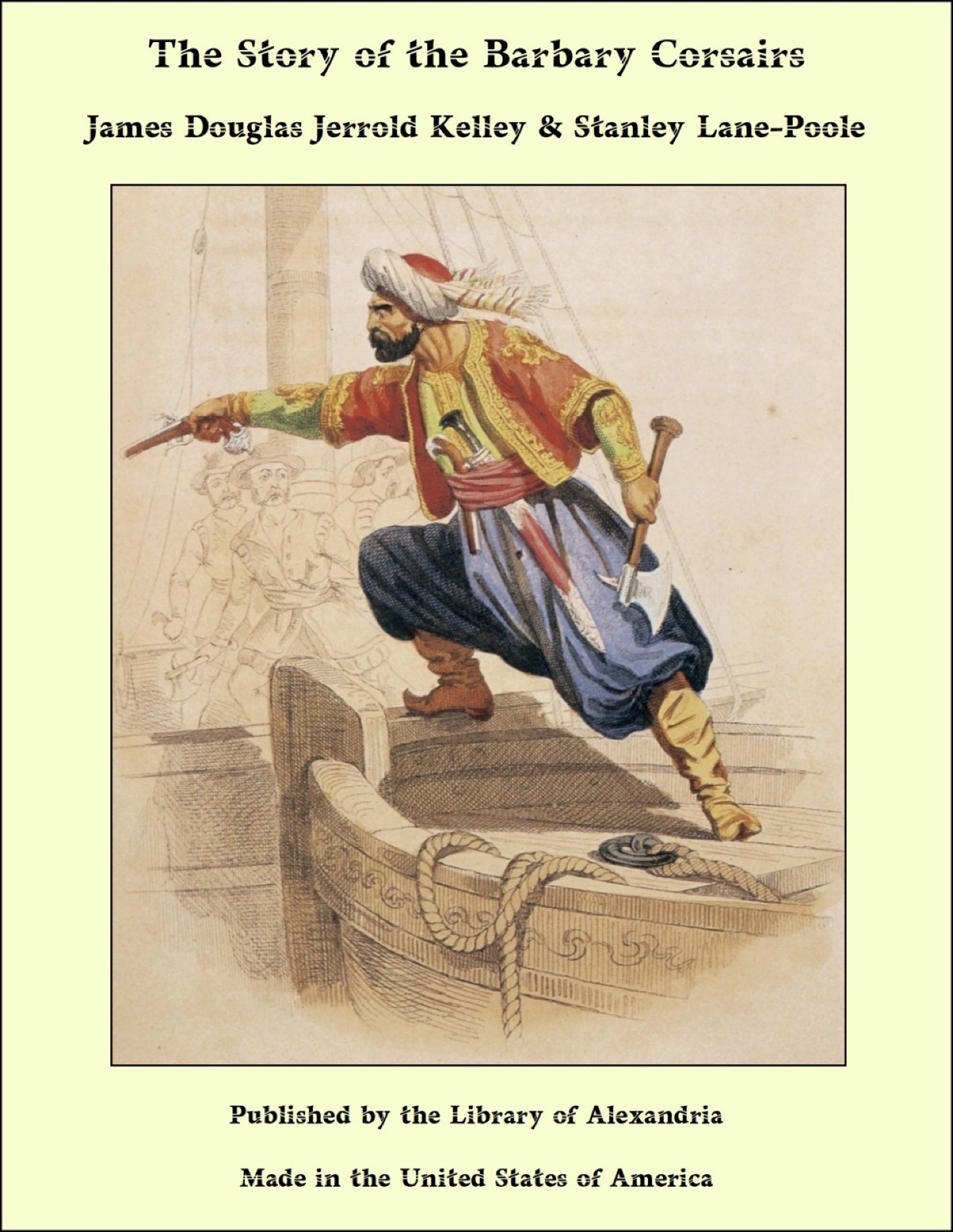 The Story of the Barbary Corsairs

For more than three centuries the trading nations of Europe were suffered to pursue their commerce or forced to abandon their gains at the bidding of pirates. From the days when Barbarossa defied the whole strength of the Emperor Charles V., to the early part of the present century, when prizes were taken by Algerine rovers under the guns, so to say, of all the fleets of Europe, the Corsairs were masters of the narrow seas, and dictated their own terms to all comers. Nothing but the creation of the large standing navies of the present age crippled them; nothing less than the conquest of their too convenient coasts could have thoroughly suppressed them. During those three centuries they levied blackmail upon all who had any trading interest in the Mediterranean. The Venetians, Genoese, Pisans in older days; the English, French, Dutch, Danish, Swedish, and American Governments in modern times, purchased security by the payment of a regular tribute, or by the periodical presentation of costly gifts. The penalty of resistance was too well known to need exemplification; thousands of Christian slaves in the bagnios at Algiers bore witness to the consequences of an independent policy. So long as the nations of Europe continued to quarrel among themselves, instead of presenting a united line of battle to the enemy, such humiliations had to be endured; so long as a Corsair raid upon Spain suited the policy of France; so long as the Dutch, in their jealousy of other states, could declare that Algiers was necessary to them; there was no chance of the plague subsiding; and it was not till the close of the great Napoleonic wars that the Powers agreed, at the Congress of Aix-la-Chapelle in 1818, to act together, and do away with the scourge of Christendom. And even then little was accomplished till France combined territorial aggrandizement with the rôle of a civilizing influence.