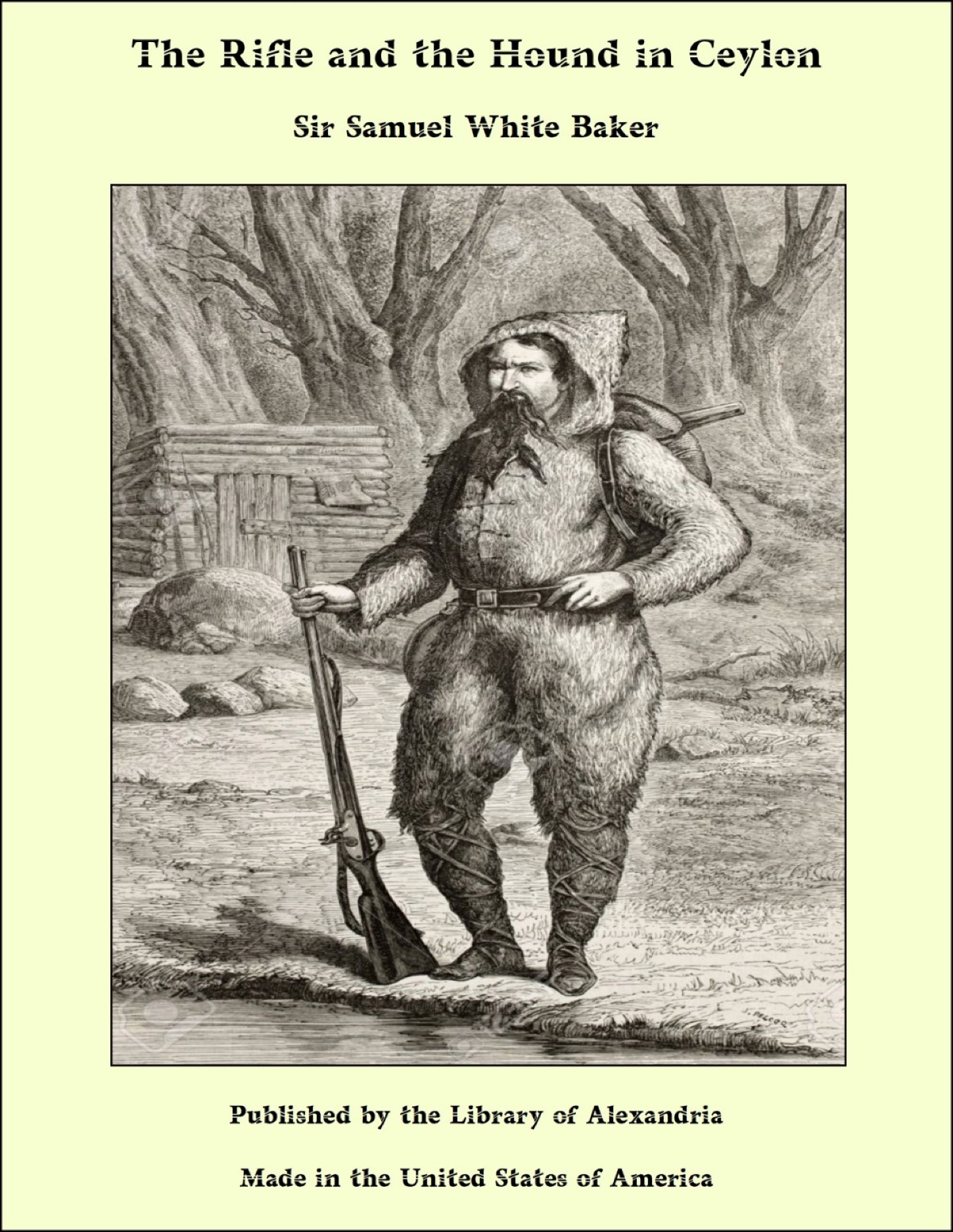 The Rifle and the Hound in Ceylon

It is a difficult task to describe a wild country so exactly, that a stranger's eye shall at once be made acquainted with its scenery and character by the description. And yet this is absolutely necessary, if the narration of sports in foreign countries is supposed to interest those who have never had the opportunity of enjoying them. The want of graphic description of localities in which the events have occurred, is the principal cause of that tediousness which generally accompanies the steady perusal of a sporting work. You can read twenty pages with interest, but a monotony soon pervades it, and sport then assumes an appearance of mere slaughter. Now, the actual killing of an animal, the death itself, is not sport, unless the circumstances connected with it are such as to create that peculiar feeling which can only be expressed by the word 'sport.' This feeling cannot exist in the heart of a butcher; he would as soon slaughter a fine buck by tying him to a post and knocking him down, as he would shoot him in his wild native haunts--the actual moment of death, the fact of killing, is his enjoyment. To a true sportsman the enjoyment of a sport increases in proportion to the wildness of the country. Catch a six-pound trout in a quiet mill-pond in a populous manufacturing neighbourhood, with well-cultivated meadows on either side of the stream, fat cattle grazing on the rich pasturage, and, perhaps, actually watching you as you land your fish: it may be sport. But catch a similar fish far from the haunts of men, in a boiling rocky torrent surrounded by heathery mountains, where the shadow of a rod has seldom been reflected in the stream, and you cease to think the former fish worth catching; still he is the same size, showed the same courage, had the same perfection of condition, and yet you cannot allow that it was sport compared with this wild stream. If you see no difference in the excitement, you are not a sportsman; you would as soon catch him in a washing tub, and you should buy your fish when you require him; but never use a rod, or you would disgrace the hickory. This feeling of a combination of wild country with the presence of the game itself, to form a real sport, is most keenly manifested when we turn our attention to the rifle. This noble weapon is thrown away in an enclosed country. The smooth-bore may and does afford delightful sport upon our cultivated fields; but even that pleasure is doubled when those enclosures no longer intervene, and the wide-spreading moors and morasses of Scotland give an idea of freedom and undisturbed nature. Who can compare grouse with partridge shooting? Still the difference exists, not so much in the character of the bird as in the features of the country. It is the wild aspect of the heathery moor without a bound, except the rugged outline of the mountains upon the sky, that gives such a charm to the grouse-shooting in Scotland, and renders the deer-stalking such a favourite sport among the happy few who can enjoy it. All this proves that the simple act of killing is not sport; if it were, the Zoological Gardens would form as fine a field to an elephant shot as the wildest Indian jungle.