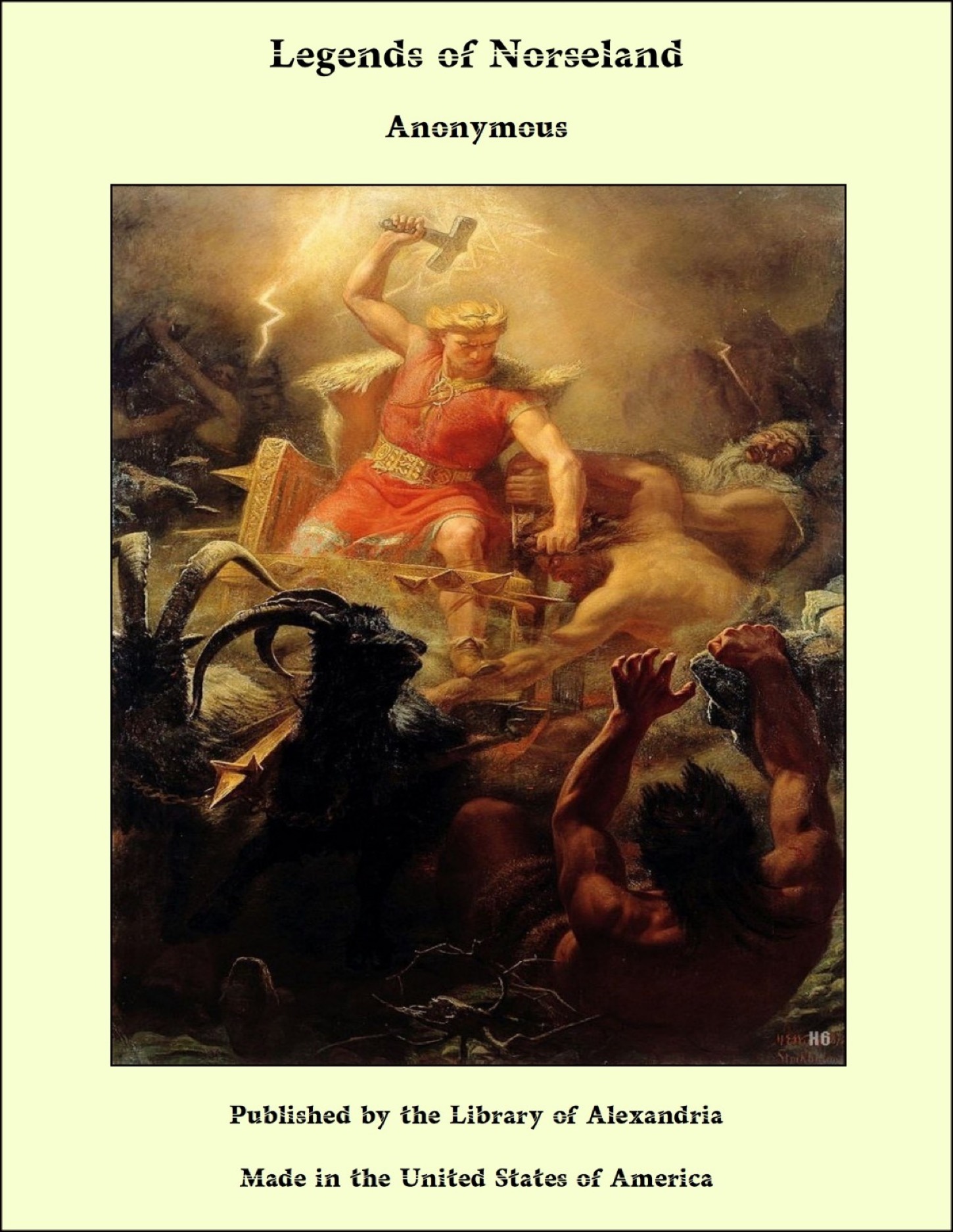 In the beginning, when the beautiful and sunny world was first made, there stood, in the very midst of all its beauty, Mt. Ida—a mountain so high, so far away up among the snowy clouds, that its summit was lost in the shining light of the rays of the sun. At its base, stretching away to the north, the south, the east, and the west, as far as even the eyes of the gods could reach, lay the soft, green valleys and the great, broad plain beyond. Encircling the whole great plain, and curling lovingly around in all the little bends and bays of the distant shore, lay the deep blue waters; and beyond the waters, hidden in the distant mists, rose the great mountains in which the frost giants dwelt. On the top of Mt. Ida, the gods had built their shining city, Asgard; and from its golden gateway to the valley below was stretched the richly-colored, rainbow bridge, with its wonderful bars of red and yellow and blue, orange and green, indigo and purple. And in this shining city, where the gods dwelt, there was no sorrow, no grief, no pain of any kind. Never was the sun’s light shut off by heavy clouds; never did the cruel lightnings flash, nor came their blights upon the harvest fields; never did the heavy rains fall, nor did the cold winds sweep down upon this shining city. But alas, there came a time when a shadow fell upon this city that shone so like a golden cloud resting upon the mountain peak. For the Fates, the three cruel sisters, came and took up their abode at the foot of the wonderful tree of Life, whose roots were in the earth, and whose branches, reaching high above the shining city, protected it from the sun’s fierce heat and strong white light. And from that time even the gods themselves were no longer free from care and sorrow. Envy sprang up among the children of the great god, Odin; sickness, and even death, fell upon them; and the frost giants waged war with them,—a war that would never cease in all the ages that were to come, until that day when the sun’s light went out forever, and the dark reign of Ragnarok fell upon the earth. It was a beautiful earth that lay stretched out at the foot of Mt. Ida. The fields were rich with grain; the trees were loaded with fruits; the sun shone warm and bright; but there were no harvesters, no gatherers of the fruit, no children to run and frolic in the sunshine.