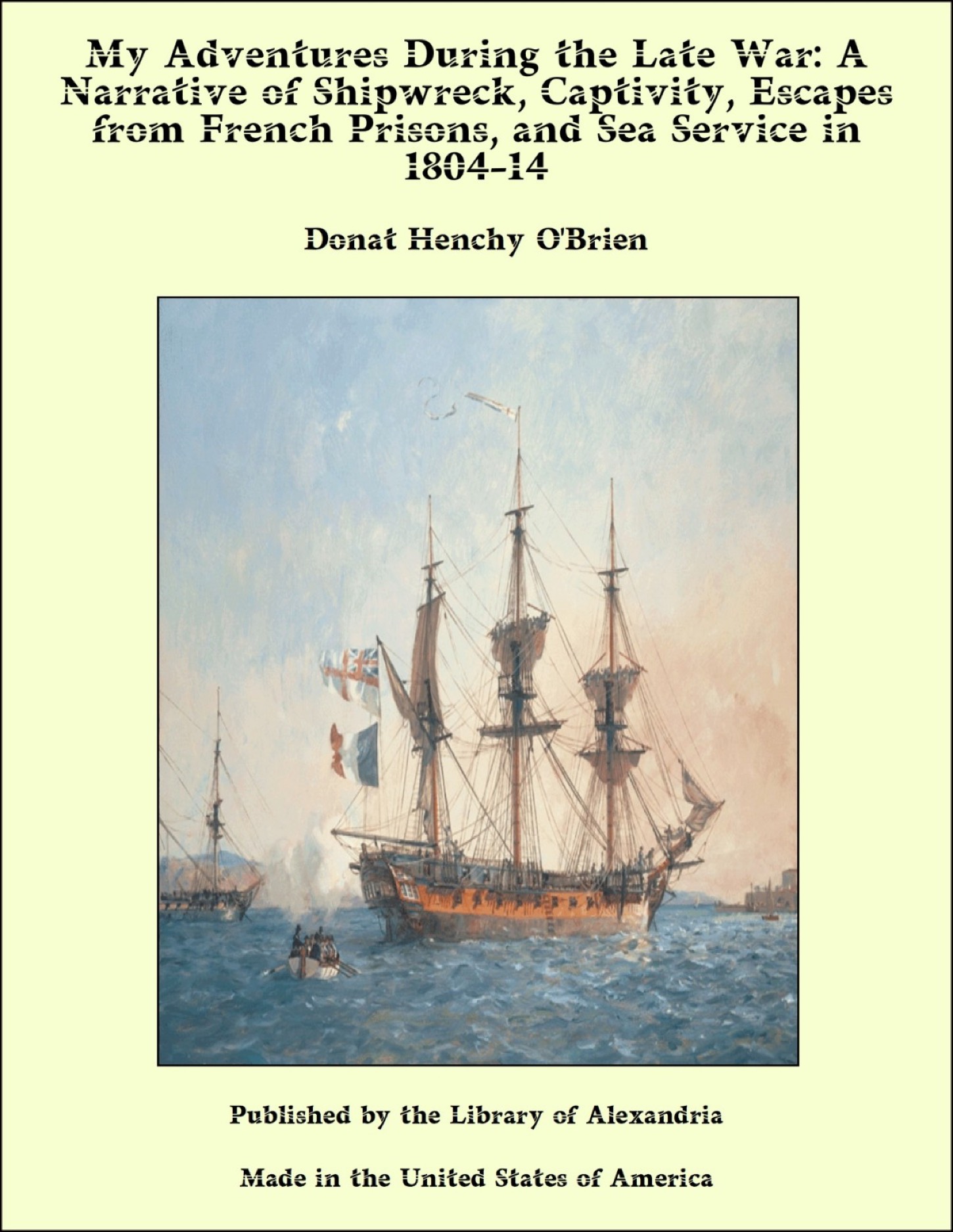 My Adventures During the Late War

A Narrative of Shipwreck, Captivity, Escapes from French Prisons, and Sea Service in 1804-14

Donat Henchy O’Brien was born in County Clare during the month of March 1785. Of his odd combination of names, the first was one common in the sept of the O’Briens since the earliest ages: it has nothing to do with St. Donatus, as the casual reader might suppose, but represents the old Erse Donough or Donoght. His second name came from his mother, a Miss Henchy, sister of Counsellor Fitz-Gibbon Henchy, a Dublin lawyer of some repute in his day. Of Donat’s father we find nothing more in O’Byrne’sNaval Biography than the characteristically Hibernian statement that “he was descended from one of the ancient monarchs of Ireland.” Donat O’Brien entered the navy on 16th December 1796, when only eleven, starting even younger than the average of the midshipmen of those hard days. Apparently he owed his introduction to the service to Captain (afterwards Rear-Admiral) Edward Walpole Brown, whom he styles “his early patron.” His first vessel was the Overyssel (64), a Dutch line-of-battle ship which had been seized in Cork Harbour in 1795, where it was lying when Holland was forced to yield to France and to become her subservient ally. In this vessel he served for three years, under Captains Young and Bazely, mainly in the North Sea squadron. He was present in her at the surrender of the Dutch fleet in the Texel on 30th August 1799, during the futile campaign of the Duke of York. Later in the same year the Overyssel was engaged in the blockading of three Dutch men-of-war which had run into the port of Goeree. While in charge of an old merchant ship, which was to be sunk at the mouth of the harbour, for the more effectual shutting in of the fugitives, O’Brien was in great peril. The vessel was overset in a sudden gale, and he had a narrow escape from drowning, being saved at the last moment by a boat of the Lion cutter.