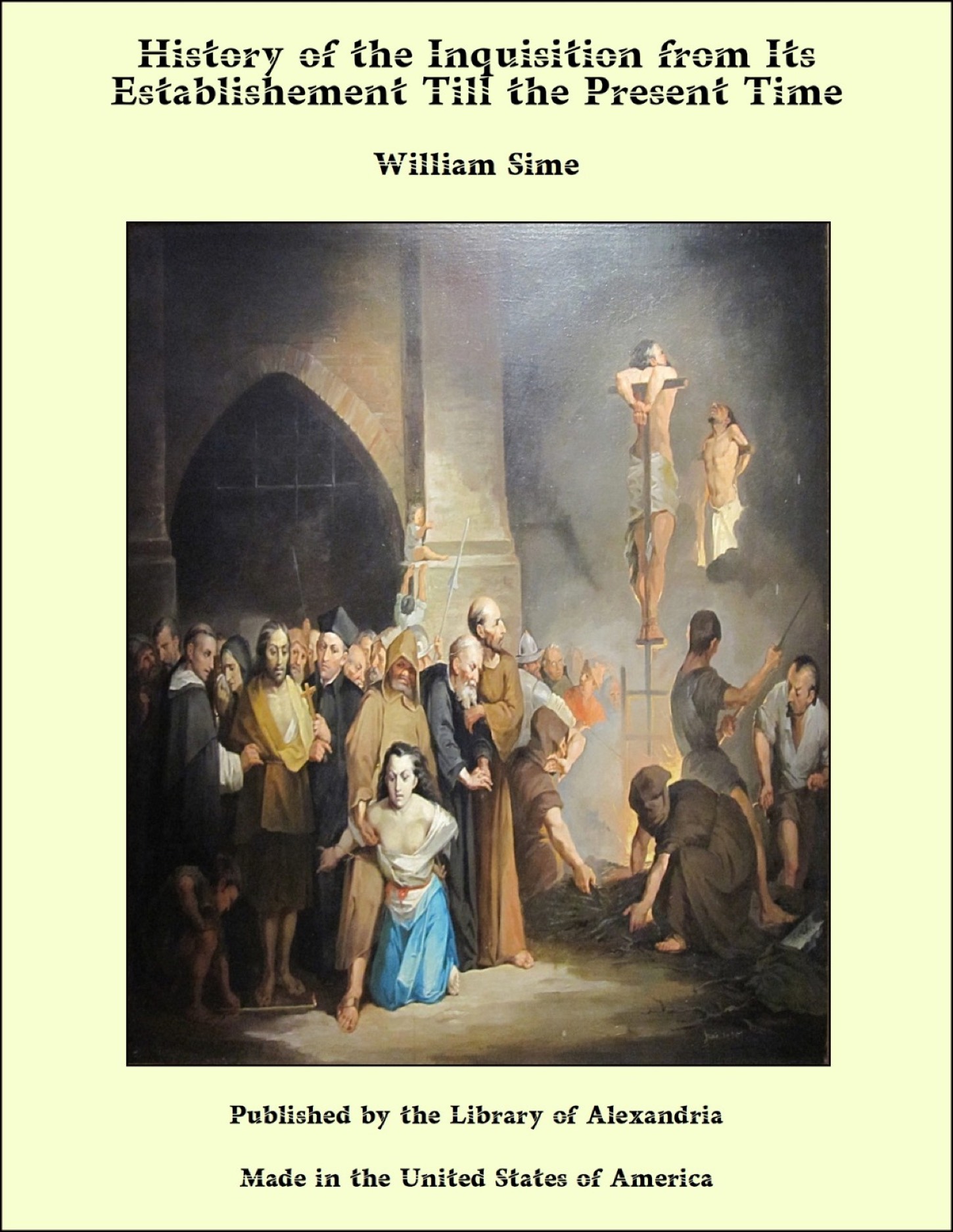 History of the Inquisition from Its Establishement Till the Present Time

Nothing is more evident to every candid reader of the inspired volume, than that persecution in any form is utterly opposed to the spirit of genuine Christianity. "Learn of me," said the Saviour, when he proposed himself as a model for his followers, "for I am meek and lowly in heart;" and following up his principles of mildness, he reproved the indiscreet zeal of James and John, when they sought to call down fire from heaven to consume the Samaritans, because they refused to receive them into one of their villages. Nay, so far from giving his disciples a power to persecute, the Divine Founder of the Christian religion foretold them that they must suffer persecution for his name. This they soon experienced; but, instead of rendering evil for evil, they "approved themselves as the ministers of God, by much patience, by afflictions, necessities, distresses, stripes, and imprisonments;" thus showing by example, as well as by precept, that "the weapons of their warfare were not carnal, but spiritual." While the objects of persecution, the Christians acted agreeably to these principles, and for three centuries contended, that persecution for religious opinions is not only absurd, but unjust and cruel in the highest degree. "Every one," says Tertullian, "hath a natural right and power to worship according to his persuasion; for no man's religion can be hurtful or profitable to his neighbour." "There is no need of compulsion and violence," says Lactantius, "because religion cannot be forced, and men must be made willing, not by stripes, but by arguments." The maxims of mildness towards those who were called heretics, are also inculcated by Chrysostom, in the following among many similar passages of his works:—"We ought to fight against heretics, not to throw down those who are upright, but to raise up those who are fallen; for the war which is incumbent on us is not that which gives death to the living, but that which restores life to the dead, seeing that our arms are meekness and benignity. In dealing with heretics, we ought not to injure them in person, but seek to remove the error of the understanding, and the evil of the heart. We ought always to be disposed to submit to persecution, and not to persecute; to suffer grievances, and not to cause them. It is in this manner Jesus Christ conquered, since he was nailed to a cross—he did not crucify others." Even so late as the fifth century, St. Martin, in France, excommunicated a bishop, for accusing certain heretics to the usurper Maximin, by whose means they were put to death; adding, in the spirit of genuine Christianity, that he looked upon that man as a murderer, who procured the destruction of a fellow-creature, chargeable, in strict justice, with nothing else than being mistaken in his opinions.