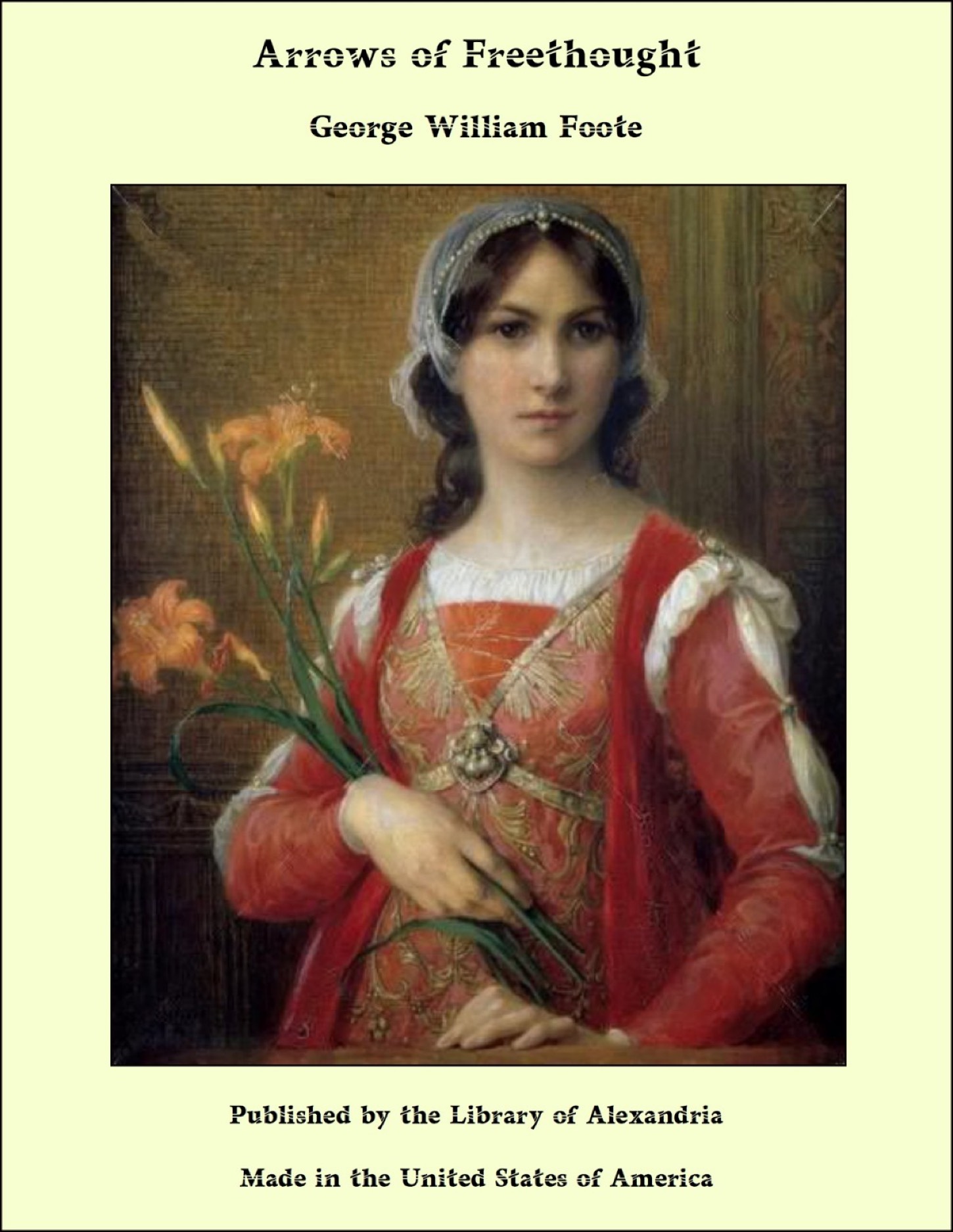 The Archbishop of York is peculiarly qualified to speak on religion and progress. His form of thanksgiving to the God of Battles for our "victory" in Egypt marks him as a man of extraordinary intellect and character, such as common people may admire without hoping to emulate; while his position, in Archbishop Tait's necessitated absence from the scene, makes him the active head of the English Church. Let us listen to the great man. Archbishop Thomson recently addressed "a working-men's meeting" in the Drill Hall, Sheffield. It was densely crowded by six or seven thousand people, and this fact was cited by the Archbishop as a proof that the working classes of England have not yet lost interest in the Christian faith. But we should very much like to know how it was ascertained that all, or even the major portion, of the vast audience were working-men. It is easy enough to give any meeting a name. We often hear of a Conservative Working-men's banquet, with tickets at something like a guinea each, a duke at the top of the table and a row' of lords down each side. And our experience leads us to believe that nearly all religious meetings of "working-men" are attended chiefly by the lower middle classes who go regularly to church or chapel every Sunday of their lives. Even, however, if the whole six or seven thousand were working-men, the fact would prove little; for Sheffield contains a population of three hundred thousand, and it was not difficult for the clergy who thronged the platform to get up a big "ticket" meeting, at which a popular Archbishop was the principal speaker, and the eloquence was all to be had for nothing. The Archbishop's lecture, or sermon, or whatever it was, contained nothing new, nor was any old idea presented in a new light. It was simply a summary of the vulgar declamations against the "carnal mind" with which we are all so familiar. Progress, said his Grace, was of two kinds, intellectual and moral. Of the former sort we had plenty, but of the latter not so much. He repudiated the notion that moral progress would naturally keep pace with intellectual progress, and he denied that righteousness could ever prevail without "some sanction from above." This was the sum and substance of his discourse, and we have no doubt that our readers have heard the same thing, in various forms of language, some hundreds of times.