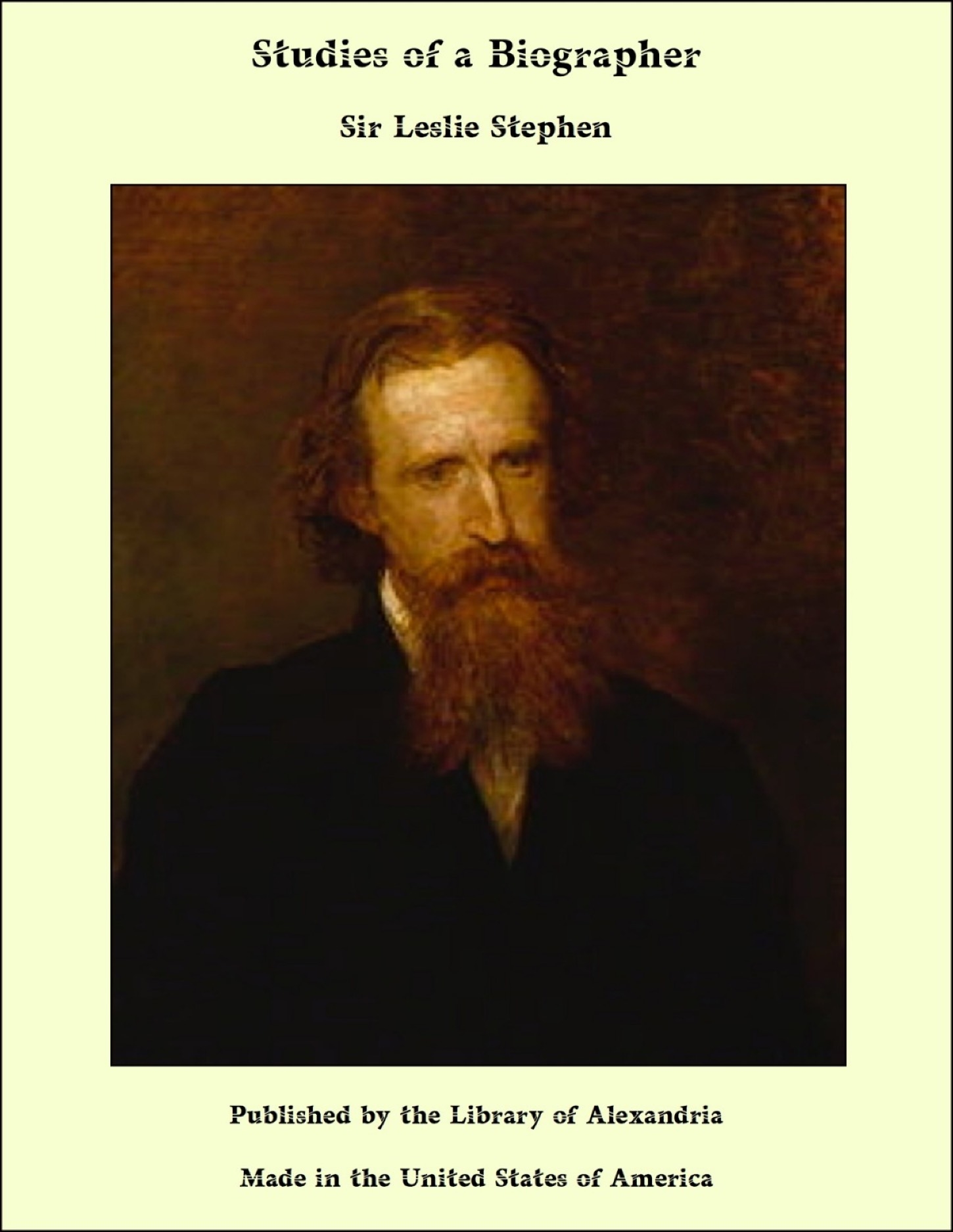 Studies of a Biographer

If that was a fair judgment, what are we to say to the modern work, which includes thousands of names too obscure for mention in its predecessor? When Mr. Lee speaks of the 'commemorative instinct' as justifying his undertaking, the enemy replies that a very small minority of the names deserve commemoration. To appeal to instinct is to repudiate reason and to justify monomania. Admitting, as we all admit, the importance of keeping alive the leading names in history, what is the use of this long procession of the hopelessly insignificant? Why repeat the familiar formula about the man who was born on such a day, was 'educated at the grammar school of his native town,' graduated in such a year, became fellow of his college, took a living, married, published a volume of sermons which nobody has read for a century or two, and has been during all that time in his churchyard? Can he not be left in peace, side by side with the 'rude forefathers of the hamlet,' who are content to lie beneath their quiet mounds of grass? Is it not almost a mockery to persist in keeping up some faint and flickering image of him aboveground? There is often some good reading to be found in country churchyards; but, on the whole, if one had to choose, one would perhaps rather have the good old timber crosspiece, with 'afflictions sore long time he bore,' than the ambitious monuments where History and its attendant cherubs are eternally poring over the list of the squire's virtues and honours. Why struggle against the inevitable? Better oblivion than a permanent admission that you were thoroughly and hopelessly commonplace. I confess that I sometimes thought as much when I was toiling on my old treadmill, now Mr. Lee's. Much of the work to be done was uninteresting, if not absolutely repulsive. I was often inclined to sympathise with the worthy Simon Browne, a Nonconformist divine of the last century. Poor Browne had received a terrible shock. Some accounts say that he had lost his wife and only son; others that he had 'accidentally strangled a highwayman,'-not, one would think, so painful a catastrophe. Anyhow, his mind became affected; he fancied that his 'spiritual substance' had been annihilated; he was a mere empty shell, a body without a soul; and, under these circumstances, as he tells us, he took to an employment which did not require a soul: he became a dictionary-maker. Still, we should, as he piously adds, 'thank God for everything, and therefore for dictionary-makers.' Though Browne's dictionary was not of the biographical kind, the remark seemed to be painfully applicable. Browne was only giving in other words the pith of Carlyle's constant lamentations when struggling amidst the vast dust-heaps accumulated by Dryasdust and his fellows. Could any good come of these painful toilings among the historical 'kitchen middens'? If here and there you disinter some precious coin, does the rare success repay the endless sifting of the gigantic mounds of shot rubbish? And yet, by degrees, I came to think that there was really a justification for toils not of the most attractive kind.