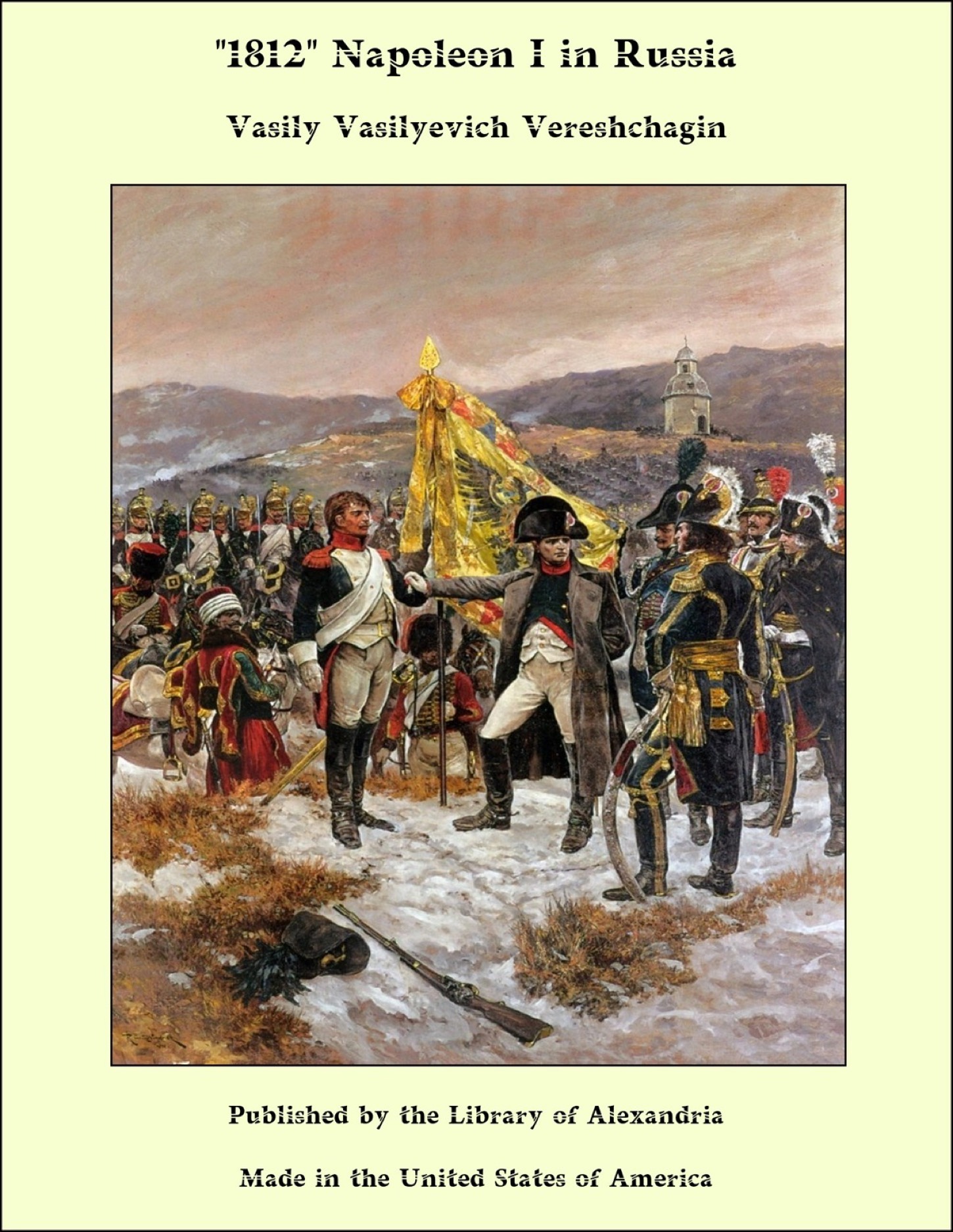 The following pages are not offered to the reader as a history of the invasion of Russia by Napoleon. They are but the statement of the basis of observation on which M. Verestchagin has founded his great series of pictures illustrative of the campaign. These pictures are now to be exhibited in this country, and the painter has naturally desired to show us from what point of view he has approached the study of his subject-one of the greatest subjects in the whole range of history-especially for a Russian artist. The point of view is-inevitably in his case-that of the Realist; and this consideration gives unity to the conception of his whole career and endeavour. He has ever painted war as it is, and therefore in its horrors, as one of its effects, though not necessarily as an effect sought in and for itself. He has tried to be \"true\" in all his representations of the battle-field. His work may thus be said to constitute a powerful plea in support of the Tsar's Rescript to the Nations in favour of peace. My meaning will be best illustrated by a short sketch of M. Verestchagin and his work, as painter, as soldier, and as traveller. He was born in the province of Novgorod, in 1842, of a well-to-do family of landowners. The son wished to be an artist; the father wished to make him an officer of marines. As the shortest way out of the difficulty, he became both. He passed his work-hours at the naval school, and his play-hours at a school of design, working at each so well that he left the naval school as first scholar, and eventually won a silver medal at the Academy of Fine Arts. He entered the service, but only for a short time, and he was still three years under twenty when he quitted it to devote himself wholly to art. He was a hard-working student, though he always showed a strong disposition to insist on working in his own way. WhenGérôme sent him to the antique, he was half the time slipping away to nature. He played truant from the Athenian marbles to flesh and blood. In the meantime he was true to the instinct-as yet you could hardly call it a principle-of wandering from the beaten track in search of subjects. Every vacation was passed, not at Asnières or Barbizon, but in the far east of Europe, or even in Persia, among those ragged races not yet set down in artistic black and white. He had been on the borders of a quite fresh field of observation in these journeys; and he was soon to enter it for a full harvest of new impressions. It was in 1867; Russia was sending an army into Central Asia, to punish the marauding Turkomans for the fiftieth time, and General Kauffman, who commanded it, invited the painter to accompany him as an art volunteer. He was not to fight, but simply to look on. It was the very thing; Verestchagin at once took service on these terms with the expedition, and in faithfully following its fortunes, with many an artistic reconnaissance on his own account, he saw Asia to its core. He returned from a second Asiatic journey to settle at Munich for three years; and here he built his first \"open-air studio.\" \"If you are to paint out-door scenes,\" he says, \"your models must sit in the open;\" and so he fashioned a movable room on wheels, running on a circular tramway, and open to sun and air on the side nearest the centre of the circle, where the model stood. The artist, in fact, worked in a huge box with one side out, while the thing he saw was in the full glare of day; and by means of a simple mechanical contrivance he made his room follow the shifting light.