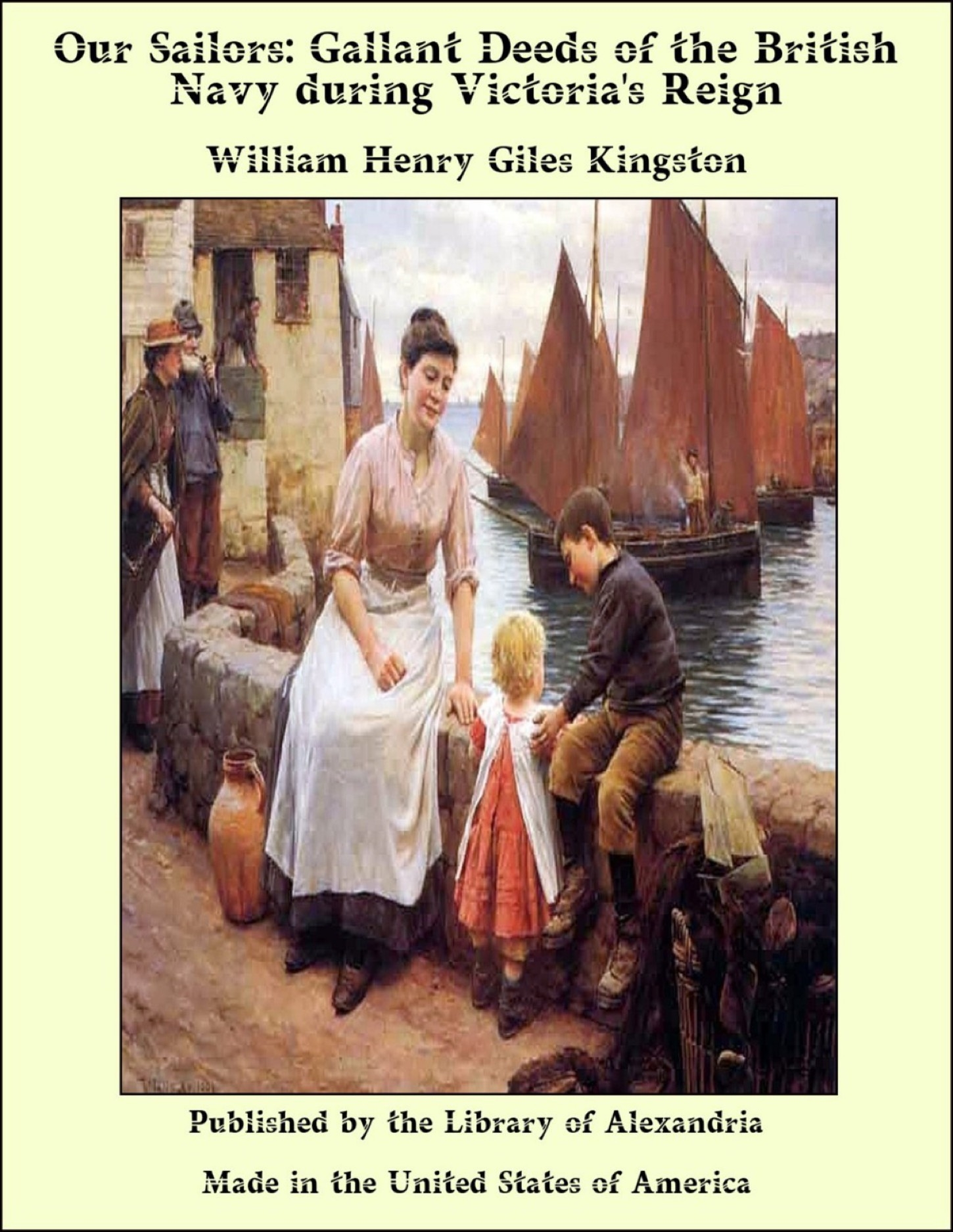 Our Sailors:Gallant Deeds of the British Navy During Victoria’s Reign

Gallant Deeds of the British Navy During Victoria’s Reign

“Let fall the topsails, hoist away—up anchor, round goes the capstan—sheet home—haul taut the braces! and away we glide, to prove to our countrymen that British sailors have not been sleeping on beds of roses for the last quarter of a century since her gracious Majesty Queen Victoria came to the throne.” So wrote our author some forty years ago. “Up anchor, full speed ahead,” is, we suppose, the modern equivalent for his nautical simile, and very prosaic and commonplace it sounds; but we shall find that the romance of the Navy did not go out with the last of the sailing frigates, and that the age of steam and electricity, of enormous ironclads and rapid cruisers, affords as great a scope for individual daring, resource, and heroism as the days of sailing frigates and boarding parties; and that though in recent years our sailors have not had many chances of using their weapons on the sea, the Naval Brigade has taken its part in many an expedition, on land, and on all occasions the British tar has proved himself a worthy successor to the heroes of Trafalgar and the Nile. During the earlier years of the Great Queen’s reign her sailors had little to do in the fighting line, though on the West Coast of Africa the slave traffic gave occasion to many a lively skirmish, and on other seas various events from time to time afforded an opportunity for showing that their weapons were as effective as of old.